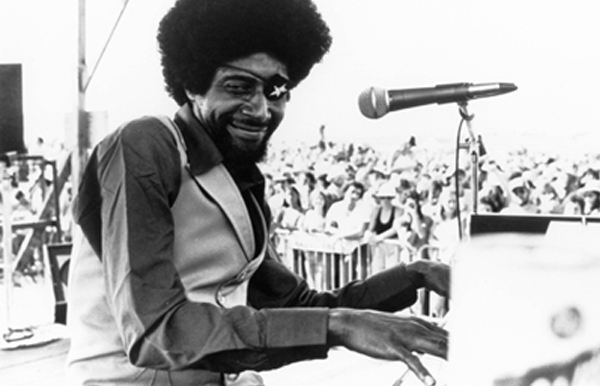 For the past 12 years, Pop Montreal have provided the city with a festival that highlights emerging and celebrated artists from every creative sphere. Film Pop, the cinematic component of the fest, is no exception.

I had a chat with curator Kier-La Janisse about her role at Film Pop and what we can expect from this year’s fest.

Kayla Marie Hillier: How did you get involved with Pop, and how long have you been working with them?
Kier-La Janisse: I started curating Film Pop for the 2011 edition. My name was suggested by one of the previous curators, who was leaving to work on more film production. My micro-cinema Blue Sunshine [2010–2012] was involved with Film Pop as a venue, so me taking over Film Pop happened kind of organically, as I’d worked with some of the people already.

KMH: What is your curation process like? Do you keep certain films in mind throughout the year?
KJ: I start looking at films almost as soon as the current festival is over—so I do keep a lot of things in mind throughout the year and then start making decisions in the spring. I go to a lot of festivals and markets, and I take on any jury duties I can that will expose me to more discoveries. Any festivals I can’t attend in person, I just pore over their websites and start requesting screeners of everything. So even though Film Pop is a small, boutique kind of festival, a lot of films get screened before whittling it down to that final program—like, a few hundred. First I look for music films—music documentaries or narratives relating to music in some way, or starring a musician as an actor. Just something that connects with music in a way that I think will appeal to the Pop crowd.

KMH: Are there any films or events in particular that you’re excited about? Something that was difficult to acquire?
KJ: The hardest thing to get this year was our opening film Bayou Maharajah [about New Orleans piano legend James Booker]—and I was desperate to have it. I’m really glad that not only did we get the film, but the filmmaker Lily Keber is coming in person. I feel like a lot of things really fell into place this year. A lot of guests are able to come in for their films. A lot of opportunities to collaborate with other segments of the festival—Symposium, especially—made things more feasible.

KMH: For anyone who hasn’t experienced Film Pop before, what can they expect from this year’s events?
KJ: I think they can expect it to be a pretty feisty little festival that has carved out a very specialized niche. I mean, there are a lot of festivals in this town, but this is tightly curated. There are no other programmers—it’s always one curator, and it’s their vision unexpurgated. So the films, whether premieres or retrospectives, all feed each other in a way that larger festivals are just too big to contain. It’s a different mindset to program a festival that has over 100 films, whereas we have around 20 events, mostly screenings, but also expanded cinema and a couple workshops. So it’s deliberately intimate, and structured so that you realistically can see almost everything. And we even have a Film Pop pass this year, so that it’s even cheaper to see everything! But people can expect a lot of trippy programming for sure. ■

Pop Montreal happens Sept. 25–29. Check out their website for further info on screenings, tickets and passes.