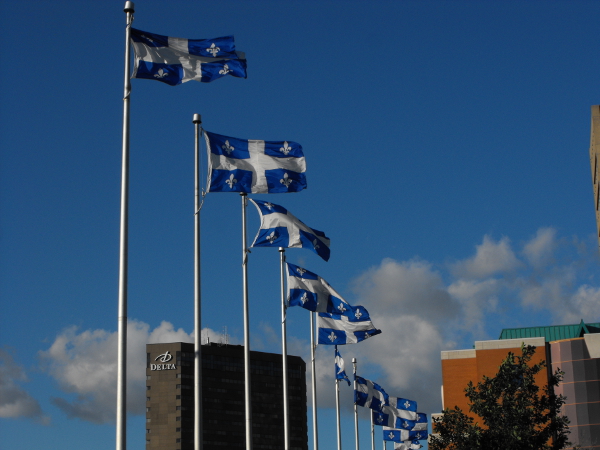 Forget the Charter of Values — one of our province’s own won a canoe race. Photo via Flickr

From bomb throwing to corruption, and from sinkholes to job losses, it seems like all of the news coming out of Quebec these days is negative. Are things really that bad here? With today’s introduction of the PQ’s so-called values charter, is Quebec’s reputation abroad going to take even more punishment?

To counteract whatever bad press might be out there, I perused Google’s news aggregate for stories that put our province in a positive light. Here’s what turned up:

1. Quebec sailor captures Mobility Cup
The Mobility Cup is a yacht regatta for sailors with disabilities. This year in Halifax, Gatineau’s Christine Lavallée out sailed them all. Props.

3. A Quebec-bred horse won the Tioga Trot
I haven’t even thought of horse racing since the Hippodrome was razed, but be proud of Speculation, a gelding from Bedford who won by a nose at Tioga Downs in Nichols, N.Y.

4. Child beauty pageants coming to Quebec?
Miss All Canadian Pageant and National Canadian Girl Pageant, which already have pageants elsewhere in Canada, are considering bringing them here. Could Quebec be home to the next Honey Boo Boo? One can only hope.

5. Are there traces of an ancient meteor strike beneath Quebec?
There may have been a meteor strike so large it cooled the Earth and turned humans on to agriculture. The evidence may lie deep, deep, deep below our very own backyard.

6. Michigan and Quebec team up to kick New York’s ass in a canoe race
They’ll be talking about this glorious paddling at Saranac Lake for generations to come. ■