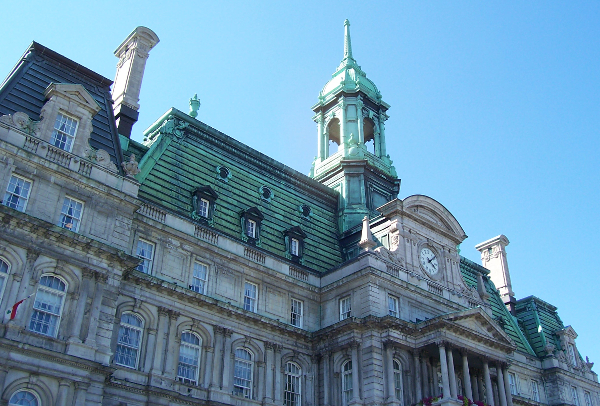 So, yes, Montreal’s municipal election looms. And this week, in uninspired campaign rhetoric, Denis Coderre — who has long promised to rid city hall of corruption — told the Gazette’s editorial board that, “What we need to do now is bring back the hope and trust of the population and the administration.” Indeed. To that end, Coderre earlier this week denied allegations that, way back in 2000, during his tenure as a Liberal cabinet minister, he used a go-between with mafia ties to broker a deal with the Quebec Federation of Labour to stop a planned protest.

Projet Montréal — which announced its platform this week — also saw the defection of Plateau borough councillor Piper Huggins, who joined Marcel Côté’s Coalition Montréal, a development that, per the Gazette, may signal trouble in “the hipster paradise” — !!! — “of Plateau-Mont-Royal.” While Huggins said the apparent final straw was when council didn’t support her motion to protect the trees behind the Notman villa at Clark and Milton, Alex Norris, who is running for the council seat in Jeanne Mance, held that Huggins wasn’t particularly effective. And so it goes. On the platform front, though, Richard Bergeron is saying that Projet Montréal is focusing on housing, public transit and — wait for it — transparency. For what it’s worth, Bergeron and co. are positioning themselves as the party that wants to “keep families in Montreal.” So, yeah.

In non-election-related news, the Ménard Commission is officially underway, giving us all the opportunity to look back at the student protests of 2012. And though the Liberals have denounced said commission as an opportunity to scapegoat them for all that happened, the proceedings soldier onward, with the Sûreté du Québec admitting that it was not entirely prepared for the riot in Victoriaville, although they had sufficient intelligence to say that something of the sort might break out. The commission resumes for one more week next month.

Oh, hey: Bernard Drainville, the guy behind the Charter of Quebec Values, is set to meet with Muslim groups next week. That should be good.

But, really, this is the only news that matters: Soon — and by soon, we mean in, like, five to seven years — you’ll be able to use your cell phone on the metro. So get ready to fuck with that Twitter and that Instagram underground. ■