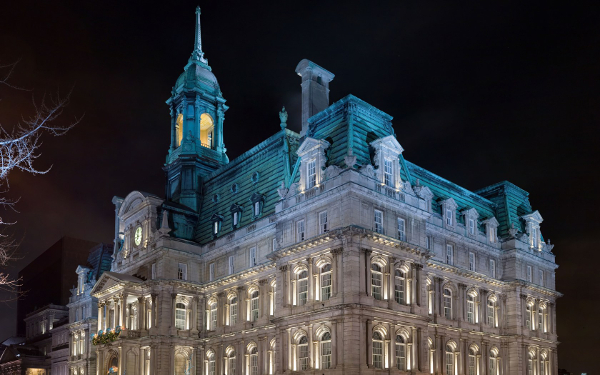 Today marks the official start of the campaign for mayor. On Nov. 3 (which, sadly, is only 43 days away), Montrealers will go to the polls and vote for the next person who will possibly resign in disgrace. Expect the city to be plastered in posters immediately.

We’re not going to use this bandwidth (precious, precious bandwidth) to analyze every single platform, but we will note that Mélanie Joly, the young person, is pushing for a so-called “Charter of Nightlife” — in sharp contrast to the Charter of Quebec Values, which we’ll get to later, natch — for the city. The proposed charter would address tensions that have arisen between bar owners and those who live nearby said bars in neighbourhoods like the Plateau. Joly is also in favour of a rapid-bus transit system.  Basically, it calls for bus-only lanes — 130 kilometres of them, to be precise — and buses that could control traffic lights. Such a system would apparently run us up to $10-million a kilometre.

Speaking of transit, the blue line might be getting a five-stop extension that will take it through St-Leonard and Anjou. Its price per kilometre, La Presse says, is $225-million. For now, though, the PQ is setting aside $38.8-million to set up an office to look into the expansion, along with similar plans for the yellow and orange lines. A couple of things are certain, though: It will take a while (analysts say no less than six years). And the West Island isn’t getting its long-talked-about metro station any time soon.

But back to the election. At least one local journo has abandoned his post to help Projet Montréal defeat Denis Coderre, who, like his opponent Marcel Côté, is in search of the anglo vote. The latter, for his part, vows to provide services in English (which sounds like he’s prostituting himself, but whatever). For his part, Coderre has English Montreal School Board chair Angela Mancini running for him in Anjou and vice-chair Sylvia Lo Bianco in Montreal North.

Startlingly enough, we’re still talking about the Charter of Quebec Values, and it still sucks. Per a Léger Marketing poll, though, support for the charter “appears to be dropping,” with only 43 per cent of the population in favour of the idea, compared to 57 per cent a couple of weeks ago — before the idea was actually unveiled, it should be noted.

Oh, and that opt-out clause? Despite Jean-François Lisée’s wishes, it’s not off the table, according to Bernard Drainville. So, um, religious minorities, take heart? ■