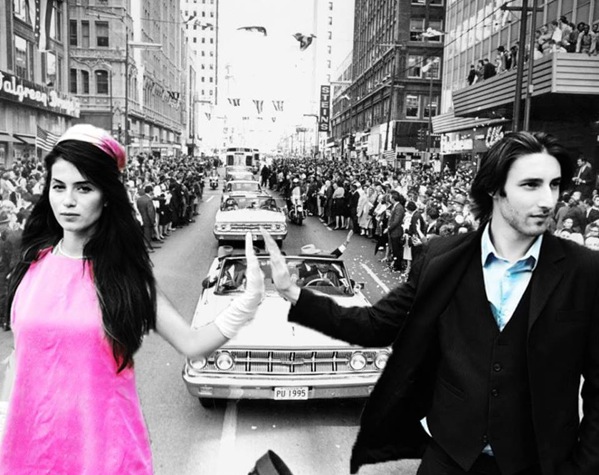 Jordana Lajoie and Adam Bernett in The House of Yes.

First up, say “yes” to the dark comedy The House of Yes (also a 1997 feature film starring Parker Posey), by new theatre-film company Last One Standing Productions. When college student Marty Pascal comes home from New York with his “friend” at Thanksgiving, his sister Jackie-O is not impressed. In fact, the visitor’s arrival prompts the fragile Jackie-O to take some sinister defensive actions for her treasured relationships. Dysfunctional family dynamics reveal that normalcy isn’t readily available to people who never hear the word “no.”

Company founder and lead actress Jordana Lajoie explains what makes the Pascal family so compelling. “They’re very set in their ways and extreme characters. They’re the kind of family that you enjoy watching, but would never want to be a part of.” Why not? “They’re high aristocrats who live in their own world and have their own rules.” Lajoie is tightlipped about what these rules are, but in all likelihood they are unsavoury.

As isolated as the Pascal family might be, Lajoie finds Montreal to be quite welcoming to the new company. “There are a lot of people that have come up and want to help,” she says. “Montreal has such generous people who want to be a part of something and contribute and be creative. Our friends and family have been our resources.”

In return, she hopes Last One Standing will return the favour in either of its two mandated spheres, film or theatre. “Montreal is full of so many talented people and we want to broadcast that talent. We want to grow and present quality work, and hopefully you guys will like what we have to offer.”

Friday night, get schooled with comedy talk show Life Lessons. Comedian Keith Waterfield and his trusty sidekick Leighland Beckman (of Aural Turpitude) bring people who’ve been there, done that to the stage for their beverage of choice and a soul searching conversation on the subject of school.

“The idea is that the stories are true and depressing and shitty,” Waterfield says. “We find the humour in these sad events and in our guests’ lives as a way of getting over things.”

Guests include artists, academics, comics and students assembled by Waterfield: David McGimpsey, Sarah Steinberg, Norah Franklin and Mike Carrozza are all a part of this edition.

One key to the show’s success is the fact that the guests — and, more importantly the hosts — drink. Waterfield recounts how the first show of the series went down.

“I wasn’t pacing myself. [Musician] Tony Ezzy wanted ouzo and had his own. We had our own bottles of gin, which were depleted by the fourth guest. Everything seemed fine at the end, but when I stood up, I almost fell right back down. I didn’t know how to use legs anymore.”

Lesson learned. “For the second show, we paced with water in between.” In case you were wondering, Waterfield drinks his Jamesons neat. Beckman puts ice in it.

Waterfield considers Life Lessons distinct from other storytelling events in the city. “It’s not about having a monologue and hitting the right beats. It’s a conversation. But late night talk show interviews are kind of boring. You don’t get a sense of who the person is. We’re taking small slices of their lives so we can see what they’re about. It’s more personal than me asking them six questions.” ■