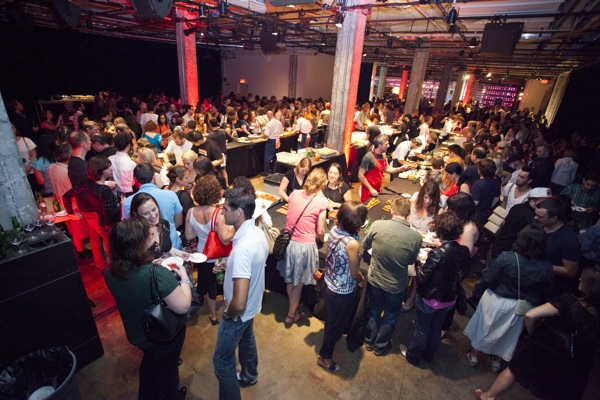 It’s no secret that Montreal is a gastronomic wonderland, and a lot of that has to do with the city’s strong ties to French culture, including its food fetish. This month, another French connection promises some exciting eats, as the Omnivore World Tour stops in at the SAT for its second year.

Omnivore’s slogan is “100% jeune cuisine,” and searching for the newest approaches to cooking and selling food drives the project. Carnet Omnivore began profiling innovative French chefs and restaurants in 2003, and growing into a trusted annual guide to the bleeding edge of the culinary scene in France and beyond. Last year, the magazine assembled a roster of its favourites and brought them to selected cities on four continents, inviting the chefs to engage with what’s going on locally.

“We have some rough ideas of what we want to do for our parts of the menu, but it’s all subject to change,” says Michelle Marek, who co-operates Labo Culinaire with Seth Gabrielse. “Usually most of the shopping happens a day or two before the event, because they love to come and see what we’ve got growing, and it allows us to show off a bit, our markets and our favourite providers.”

The main event, however, is the Omnivorious party, when the massive ground floor of the SAT gives itself up to amuse-bouches. Chefs work inside a circle of tables, leaving partygoers to mill around sampling bits and bites from some of the best restaurants in the city. It’s a great way to audition a bunch of potential future credit card charges at once; living up to the name, Omnivore lets you eat all the things. ■