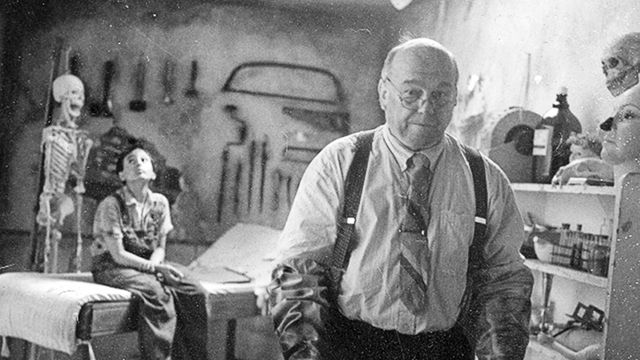 Maverick director Robert Morin returns with what’s likely to be his gentlest film, an adaptation of a novel by Hubert Mingarelli that’s part fable, part Red Dawn. While it certainly operates in a different register than the white-hot intensity of Quiconque meurs, meurs à douleur or Petit Pow! Pow! Noel, it remains distinctively Morin.

In the future, civil war has broken out between the rich and the poor. The latter are forced to travel the bombed-out landscape in militias, where Matéo, Dominique, Kevin and Big Max meet. They find a secluded pond near camp and spend their days there in secret, hungering for a return to normalcy as the war rages on outside.

Barring some budget issues (harder to show the war everyone fears so much on such a limited budget), Morin has created an immersive world and well-rounded characters. There’s relatively minimal dialogue but tons of atmosphere, with terrific performances from the cast. Its anti-war message is a little played-out but that doesn’t make the film any less effective. (AR)

It’s a rare feat for a debut film to sketch out its universe as precisely as Aaron Schimberg does in Go Down Death: a macabre mix of blues, American gothic, Western and carnival imagery that brings to mind things like Jim Jarmusch’s Dead Man or the later, dark-carnival works of Tom Waits. The production design and cinematography create the perfect mood for Schimberg’s cavalcade of freaks, prostitutes, johns and soldiers to cavort in.

Unfortunately, not all of it is equal. The film takes the form of several interlocked stories, some of which are more compelling than others. The flat, affectless performances (think Eraserhead) make or break some of the storylines, and the film’s pacing is severely hindered by some of the weaker segments. Visually, this is arresting stuff (especially if you consider that almost all of it was apparently shot in an abandoned warehouse in Brooklyn) — so much so that the film sometimes can’t catch up. (AR)

The second film on this year’s slate about a person slowly decomposing while still alive (in what was probably not a coincidental bit of programming trickery, Thanatomorphose played right after this on Saturday, meaning a lucky few sat through three straight hours of decomposition), Halley is a moodily effective but difficult film. Beto (Alberto Trujillo) is a security guard at a 24-hour gym who tries (and fails) to quit his job for health reasons. Health doesn’t quite cover it; Beto is rotting from the inside out, slowly zombifying. This makes human interactions like going out to eat with a colleague rather difficult, especially when he starts losing control of the stench and rapidly decomposing body parts.

Shot in a slow and elliptical fashion, Halley is very much in the mold of the kind of cerebral arthouse horror that can go either way: it could either be hypnotic or insufferable. Thanks to a magnetically monotonous performance by Trujilo and some very welcome injections of dark humour throughout, Halley comfortably fits in the former part. Beautifully shot and trance-like in its exploration of loneliness, monotony and decrepitude, it’s a hell of a gamble that pays off tenfold. (AR)

Local director Mark Slutsky’s short film The Decelerators explores the idea that as we age, time seems to accelerate; as children, days seem longer, events don’t pass so quickly. (I’m so on board with this idea as I tell people often that 1992 was the longest year of my life and I can remember thinking that 1993 was when shit started to speed up.) The Decelerators follows a group of friends who attempt to find a solution, a way to decelerate time.

For its brief five minutes, the film manages to be thought-provoking and engaging — I’m still thinking about it days later. It kind of left me wanting more… in a good way. (KMH)

The Decelerators plays Tuesday, Aug. 6 prior to See You Tomorrow, Everyone

5/25/77 is very much a work in progress, with special effects at the rough-cut stage. This hampers what is obviously a labour of love for writer-director Patrick Read Johnson, but there are other major problems with the movie that seem unsolvable. The highly autobiographical storyline centres on a movie-mad teenager named Pat Johnson who makes backyard sci-fi epics in rural Illinois. Beginning with his first viewing of 2001, the film follows his progress as he tries to figure out how to find his way to Hollywood and how to get a girlfriend — in that order.

The movie sounds like a feast for the film geek, and it starts off delightfully, but its over-caffeinated pace and its endlessly tricksy style soon take their toll. It relies so heavily on its endless references to 2001, Silent Running, Close Encounters and so on that the characters get lost under their weight. Finally, you don’t care whether Pat gets to the opening night of Star Wars, or gets laid. A major disappointment. (KF & MC)