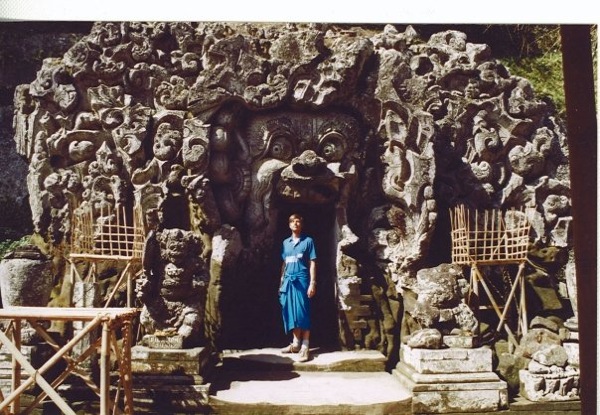 Adam Leith Gollner at a cave entrance in Indonesia.

“I personally believe that death is real,” states Adam Leith Gollner. It sounds like a pretty no-shit sentiment, but the Montreal author has spent the last five years researching and writing The Book of Immortality, which explores what it means to wish for and believe in life eternal.

A curiousity about fountain of youth mythology led Gollner to those who would drink from it, the “anti-deathists” who don’t see mortality as inevitable. The Book of Immortality plumbs into the afterlife, drawing from mysticism, magic and medicine to investigate how human belief systems deal with death.

“I’m aware that I’m aging, and mortality is, to me, something that’s real,” he says, quite seriously. “I believe in it. I know a lot of the people in this book don’t, and it’s one of the warping bits of this subject, is that this is something that people consider a belief system, not dying.”

The Book of Immortality is the follow-up to Gollner’s wildly successful debut The Fruit Hunters, which was a national bestseller, garnered a McAuslan First Book Award and Editor’s Choice designation from The New York Times, and was eventually developed into a documentary featuring produce enthusiast Bill Pullman.

“I see this as a natural continuation of The Fruit Hunters, which obviously gets into fruits as symbols of immortality, so to me it makes sense,” he explains. “It evolved. It started being more about the water, about the fountain of youth, and grew broader. Just as fruits have been symbols of immortality, so has water. Belief is another thing that’s constantly recurring.”

Gollner’s text slides fluidly between philosophical, folkloric, theological and scientific discourses, integrating these with mostly sympathetic portraits of the immortality-obsessed he encounters during his research. Writing the book takes him everywhere from a convalescent home for Jesuit clergy to a cluster of private islands in the Bahamas owned by stunt master and magician David Copperfield, who is rumoured to have found the fountain of eternal youth there. 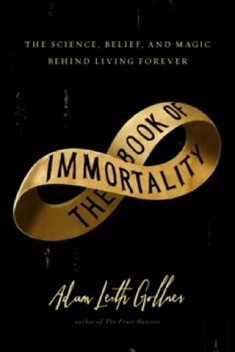 The Book of Immortality opens with a whirlwind tour of religious beliefs about death and the hereafter, peppered with musings from literature and philosophy. Gollner consults with leaders from different faiths about how they understand souls and the afterlife, setting the stage for secular readers’ shift from thinking of death as a biological inevitability to understanding it as a matter of belief.

“I was raised without religion,” Gollner explains, saying that he would now identify as a pagan, who sees the value in various faiths without being an adherent to any. “In my family, religion was not an important thing, and that’s part of what fascinated me about this topic, that it’s both religious and not-religious. These immortalists would very much resent that belief is somehow implicit in what they’re doing, but I find that fascinating.

“That idea was definitely something that sustained me throughout the writing of it. I was constantly kind of meditating on what belief is, which is a strange thing to meditate on. It’s a confusing one. It’s definitely been the source of a lot of confusing conversations with people, which I like. I like those conversations, but they get quite heated. Belief is a very touchy subject.”

Gollner’s a great storyteller, and while the topic is both heavy and deep, the former Vice editor’s tone is light enough to keep the volume from feeling like assigned reading. He depicts his subjects earnestly, refusing to merely flatten them into a parade of quacks — which is impressive, as it’s pretty hard to take a visibly middle-aged woman who hawks rejuvenating skin creams on a site called live-forever-or-die-trying.com entirely seriously.

It’s tempting to dismiss the immortalists as delusional whack jobs conned by pseudo-science, but Gollner is quick to remind that those who dream about annihilating death, cryogenically freeze their cats or impatiently await the Rapture ultimately do so as coping mechanisms.

“I think death is a mystery. I believe in the need to believe.” ■