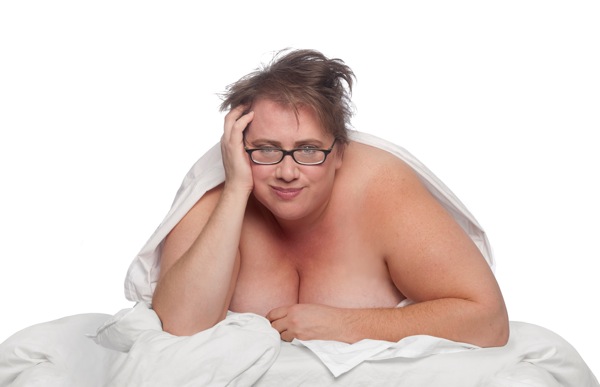 Sometimes you just need a sexual role model who can bushwhack a path through the wild jungle of your issues. Luckily, the world has smart, kink-positive, international woman of mystery, Cameryn Moore whose one-woman show slut (r)evolution promises to be funnier and cheaper than therapy. A fearless performer, Moore’s autobiographical plays open aspects of her sexual life for public and personal scrutiny. Honesty can be brutal, but it can also be enlightening, juicy, inspiring and wicked. Expect to laugh, but also to explore your own hidden corners.

slut (r)evolution is part of a trilogy that shows where the magic word “yes” can lead. The play takes the form of an intimate conversation between Moore and her hook-up for the evening. “I’m telling my life story and flashing back on certain points,” she says. “They range from awkward masturbatory moments involving my parents to bad drinking-fueled choices to Burning Man events that blew my mind.”

How autobiographical is it? “Almost 100% autobiographical,” she assures. “My boundaries are pretty permeable. I’m not a private person. The stage is just a platform and amplifier for my real life in the world.”

Moore knows that her sexual adventures are broad and varied, especially compared to some of the conventional folk who see her show. “It’s a big window into experiences that they’ve never had. People say, ‘Oh really! What’s that like? What was that about? How did you get into and out of that situation?’”

Her show is embraced by people whose tastes are more rive gauche. “In mainstream pop culture, kinksters are portrayed as freaks — pathological, weird, and criminal,” she says. “The show is like a coming-out story for kinksters. For people who are already out there living their own slut revolution, who are sex positive and sexually active and kinky, it is a rare chance to see their lives represented positively.”

When it comes to sex, Moore wants to encourage people to say “yes” to more. “A message I hope to give is that you don’t have to go as far as I do, but it’s amazing what can happen when you can say ‘yes’ to a new experience. As long as it’s consensual and not damaging in any way that feels scary, be brave. You don’t know. You say ‘yes’ and it works out and it can change your life.”

Among other things, she recently held a Masturbate-a-thon to raise money for her immersive art-sex project, the Sexploreum. Modeled on children’s museum exhibits, its goal is to reacquaint people with the playful side of sex through touch, smell and taste. Her first autobiographical theatre piece, Phone Whore, is being made into a feature length indie film by Farzin Farzaneh. She’s taking Phone Whore on the road to the Edingburgh Fringe and then the States. She’s also working on Nerd Fucker, an anti-rom-com. “Nerd Fucker is pushing my own comfort zone in terms of what I can write about convincingly,” she says. “No one can challenge me on the truth or veracity of autobiographical work. No one can say it is too far-fetched, because I lived it and you can’t challenge my feelings. But when it comes to creating characters, it feels really scary. Someone in the audience can call bullshit.” Montreal, though, remains her home base. “It’s where my cat and winter coat are.”

slut (r)evolution generates discussion. “It’s a great first date or any date play,” she says. “It’s a catalyst for conversations. People talk about my shows long after they’ve seen them. People have these amazing discussions about sex in their own lives afterwards. They ask ‘What did you think about it? Did she go to far?’”

Want proof? How about a marriage? “I performed the show in Calgary in 2011. This guy said he met his partner half an hour before the show and it was their first date. He said that afterwards, they had the best conversation and the best sex of his entire life. And the best part is that when the show came back to the Calgary Fringe, the two guys came up to let me know they were engaged and getting married next year.”