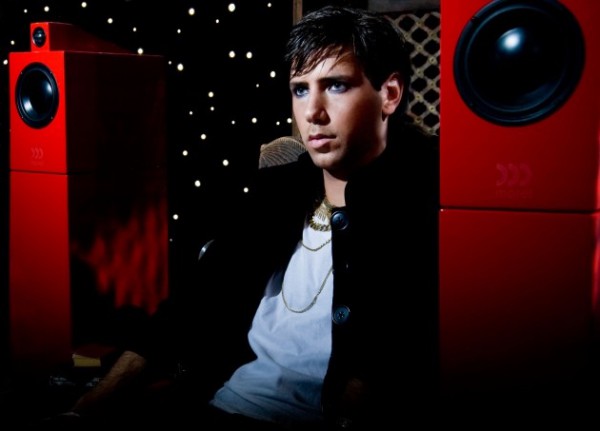 Montreal rave-goers of a certain age will surely remember a time when tracking down party details wasn’t as easy as logging onto Facebook or monitoring their Twitter feed. While it may seem antiquated now, the mid-to-late ’90s was a time when you’d literally have to call “rave hotlines” — phone numbers found on party flyers — to get the lowdown on parties in the 514.

It was during this era that local DJ Tiga Sontag began to make a name for himself. As a brazen, young upstart who delved into new business ventures and the burgeoning electronic music scene with equal aplomb, Tiga began a decades-long affair with dance music culture that has had a lasting impact on Montreal’s reputation as an electronic music stronghold within North America.

From throwing the city’s first major rave at the now abandoned Museum of Contemporary Art building (next door to Habitat 67 at Cité du Havre), to opening both a record store and a nightclub (DNA and Sona, respectively), to hosting a long-running radio show on CKUT, no new venture seemed infeasible.

Originally conceived in 1998 as a delivery vehicle for Tiga’s first official mix CD, and eventually his own productions, Turbo Recordings subsisted during the leanest years of the record industry and carved out a respected niche amongst dance music aficionados.

From the get-go, the label cultivated an aesthetic, sense of humour (best represented in their infamous press releases), and sound that distinguished it from the legions of faceless dance music labels that have come and gone over the years. Tiga’s early works (including the well-timed, tongue in cheek cover of fellow-Montrealer Corey Hart’s “Sunglasses at Night”) brought attention and the kind of record biz clout that allowed them to take chances on up and coming signees such as Chromeo and Boyz Noise.

Following a brief period of dormancy, during which Tiga put the finishing touches on his debut album, Turbo Recordings re-launched in 2006 with Tiga’s brother Thomas Von Party (née Sontag) on board to help with both A&R and day-to-day label duties.

They’ve since released over 100 records and have launched the careers of a new wave of upcoming artists and producers, from Azari & III to the Proxy.

Mr. Von Party splits his time between the office and the studio, where he’s currently working on original productions and assorted remixes. We had a chance to chat over the telephone about Turbo’s 15-year anniversary in advance of their label takeover of this long weekend’s Piknic Électronik.

Michael Sallot: 15 years is a long time for a label to last in the realm of dance music. To what do you attribute Turbo Recordings’ longevity?

Thomas Von Party: Several factors play a role. It definitely helps to have an artist whose career is reasonably successful; so that they can afford to have a label going without it being their primary business. The biggest factor, despite what some people may know us for, is that we’ve never really pigeon-holed ourselves in terms of the music that we put out. Yet, there have been some distinctive moments where we have defined certain things pretty clearly. Never being too trendy: while on one hand, you may miss out at certain points, but in the long run, it means you never get un-trendy, right?

MS: How has the label changed over the years? Or conversely, has it changed all that much?

TVP: Yeah, things have changed. Well, I mean a lot of things haven’t changed — the essential things. In the early days, it was a pretty different operation, before I was involved. There was still a pretty serious market for CDs and stuff. Since I got involved, it’s been the digital era. That was like one big shift, but beyond that, in the last six or seven years, the shifts have been subtle. We have acted, in many ways, as a stepping stone for a lot of artists who’ve gone on to pretty big success, like Chromeo, Azari & III, and more recently Gesaffelstein and Duke Dumont. In the last little while, we’ve been trying to nurture a core of young artists, and it’s difficult. For labels to succeed and keep growing, they need to become more like full-stop management, 360-degree operations. That was never something, from my point of view, that I really wanted to do. I like the A&R side of finding new music. So, that’s something that has been in the back of our minds for a while and we’ll see if that fully takes place in the next few years. I won’t make any promises, but it’s something

MS: For a label that’s as active as Turbo, in terms of sheer output, you’re still a fairly small operation.

TVP: It’s pretty mom-and-pop. It’s me and my brother, and most of the other people are real friends. Mike Mind (née Durcak) worked at the label for four years, and we’ve known each other since we were four years old. Another guy who does some of the press releases and other writing projects, we’ve been best friends since we were nine or 10 years old. So it’s a really tight-knit crew.

MS: Speaking of those press releases – is it one person behind all of those, or do you all take turns writing them?

TVP: Tiga used to write them, up until Turbo 40-something. Then I wrote them for a while. For the last 100 or so releases, it’s been a combination of me and a good friend of mine who has also done some writing work with Tiga and also works on his radio show. He’s a really, really exceptional, funny, smart and talented writer.

MS: What lies ahead?

TVP: Bordello, who is playing with us at Piknic, has a really good record coming out with Gingy. That’s part of a new series we’re doing on Turbo called the Warehouse Series. Tiga’s got some new material. He’s been in the studio with Matthew Dear and he’s done some amazing new tracks.

Clouds has a debut album coming in July. They are one of the most exciting artists on our roster. I think they are fantastic and they’re really young. They’re kind of in that tradition of being supremely talented, smart, sensitive, weird U.K. artists. I think because of the way they got started, they didn’t hatch with more heady music and they may have been a little bit misconstrued as being in the “banger” department, but what they’re doing now is of the same calibre as the heavy hitters like Blawan, Actress and Zomby.

I guess the other big thing is that I’m launching a side-label with a couple of friends. It’s a pretty different direction, but it’s something that has been brewing for a while. It’s called Multi Culti. Turbo’s aesthetic and the music we release is fairly constrained, despite the eclecticism. There are a lot of things that just wouldn’t feel right on Turbo. There’s a lot of music that I’ve been playing and that I really like, and it extends a bit beyond the borders. If anything, it’s going to be a bit less commercially oriented.

For Piknic, the side stage is going to be like a little informal, unannounced Multi Culti party. We invited Mickey Moonlight, who is a really good friend and a fantastic artist. He’s one of the spiritual partners on Multi Culti, along with this guy named Gus Da Hoodrat, in Australia. They’re kinda like the A&R team. So the music there will be a little bit different. It will lend itself well to being outdoors and sunny, and as the name suggests, there’s some “world” influences. It’s really going to go in different directions. Some stuff is more pop, some stuff is more psychedelic, but overall it’s just more musical and song-oriented. ■