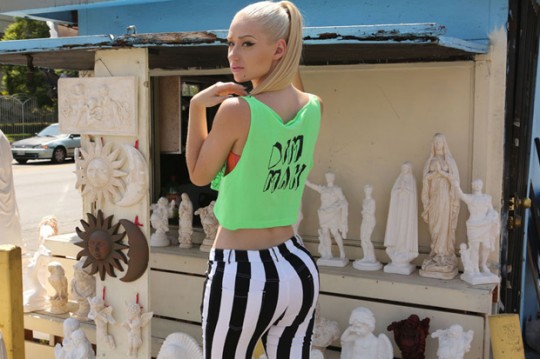 You’ll be sick of them by Labour Day, but right now, nothing will get the heart racing faster than a sweaty summer fling. Of course, I’m referring to summer jams: those irresistible earworms that burrow their way into your skull, start to percolate after a sangria or two, and won’t leave until it’s time to go back to school. Here’s a quick playlist, comprised of songs both radio slick and slightly off the beaten path — in both cases perfect for terrorizing your neighbourhood terrasse.

What more can be said about Daft Punk’s triumphant comeback? The album is infectious, pristine studio cheese, and for some reason your friends who long ago stopped caring about music are asking you about it.

Are we sure these turntablists aren’t Daft Punk too? I mean, they’re from France, and the main vocal sample sounds straight outta “Harder Better Faster Stronger.”

Two summer hits in 2013 for the previously hibernating/coasting Pharrell Williams, who provides a Woolco-calibre beat for the Kin of Alan, who’s looking more like George Michael these days.

4. “When a Fire Starts to Burn” by Disclosure

Kudos to the Brit young ‘uns for eschewing Arthur Brown (or Rock Master Scott) in favour of a convincing hip hop preacher.

Already three contributions from France on this list. Pockets of the Plateau will have this one on repeat until their student visas run out.

Wait, didn’t this come out a year ago?

The model/rapper’s previous and arguably superior hit was called “Work.” This one is called “Bounce.” Simple directions this summer.

This underrated gem has the luck of a Kennedy, unfortunately. Here’s hoping a Saab wasn’t torched in vain.

9. “On Your Side” by Jacques Greene feat. How to Dress Well

Shameless plug: read all about golden local boy Jacques Greene in this month’s print edition of Cult MTL, as part of the Best of MTL.

Perfect comedown music, or for laying on the grass on a lazy afternoon, staring at soundclouds.

A Rihanna cast-off for those who thought Cyrus’s previous monster summer jam “Party in the USA” was a little too demure.

C2C, Disclosure, Icona Pop and Vampire Weekend are performing at this year’s Osheaga festival.
Portugal. The Man perform at Corona Theatre on Sept. 23.