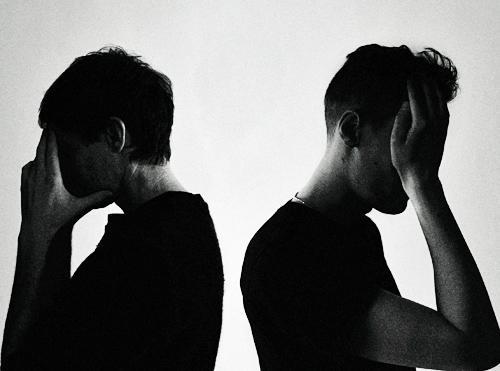 Rhye’s sumptuous update of seductive R&B surfaced with a single song in the winter of 2012, then in March of this year they released an LP called Woman, an album of songs about new love (one that was considered Canadian enough to make the Polaris Music Prize’s long list).

Under his last name, Toronto-born Mike Milosh had been an electronic producer in Berlin for roughly six years when he was asked to remix a track by Quadron, a duo featuring Copenhagen’s Robin Hannibal, who’d gravitated to the label that Milosh was signed to (Plug Research) because he was a fan. The pair first bonded over Logic in Copenhagen, then in their new homebase of L.A., where they proceeded to make beautiful music together.

Ahead of their second Montreal show this year, happening as part of the Jazz Fest, I spoke to the duo’s Canadian half about the mysterious, anonymous nature of Rhye’s rise to prominence, and how it led many people to believe that he was a woman (who sounds like Sade).

Lorraine Carpenter: I remember the initial press releases about you guys — there were no photos and very little information. Even recently, it’s been hard to find photo and video. Why so anonymous? Did your label conceive of this?

Mike Milosh: Well, we started on Innovative Leisure, which is a small record label in L.A., and then we ended up moving over to Polydor in the U.K. and Universal in the States. Major labels and indie labels are the same in one really specific way: you have to have your vision, because no one does that for you. Maybe other artists are manufactured, but I’ve discovered that if something’s gonna get done, it’s because we do it. We put together the vision. In terms of not showing our faces, it came about because I wanted to make sure  Rhye was a separate thing from my Milosh stuff, and Robin also has Quadron — we just wanted it to be its own thing.

I also don’t love being in photos — like, I’m a pretty subtle guy. I’m not a glory hog. I don’t wanna be this, like, star. And then when we crossed over to Polydor, there was a lot of discussion about how they wanted to roll it out and build a campaign. It can get uncomfortable in the limelight, so I made this big decision that I didn’t wanna be in the images. I wanted people to have an experience with the music on their own, not tainted, not biased. And then at the same time, I didn’t wanna be a commercial product.

LC: Partly as a result of this, a lot of people thought the singer — that being you — was female.

MM: I mean, my entire career, people have said I had a pretty soft, effeminate-sounding voice. It was interesting that as many people thought I was a girl as they did. I guess not having an image to gravitate to that was, like, a man’s face… I was surprised. I didn’t know how it was gonna play out. And then you’re in this weird situation where everyone thinks I’m a girl, and I’m definitely not a girl. So you’re just like, okay, what am I gonna do about that? It’s outta your control. I guess there are gonna be a lot of disappointed guys at the concerts.

LC: How do you feel about all the Sade comparisons?

MM: I’m not a big Sade fan personally, so it was kinda weird to me that people thought that. I listened to some Sade songs to try to figure it out, and I understand it. It’s kinda gentle, slow-jammy, R&Bish, with soft overtones. It’s in a comparable weird sub-genre. It’s designed to listen to on your own in a living room, in a mellow environment — it’s not party music. Still, I wouldn’t have personally made that comparison, but once you put your music out there, it’s weird; you created it, you spend a lot of time making it, but then you really do relinquish control. People are gonna have their own response, their own opinion, whether they love it or hate it. It’s really outta your control, so if people think you sound like Sade, it’s like, well, okay. ■