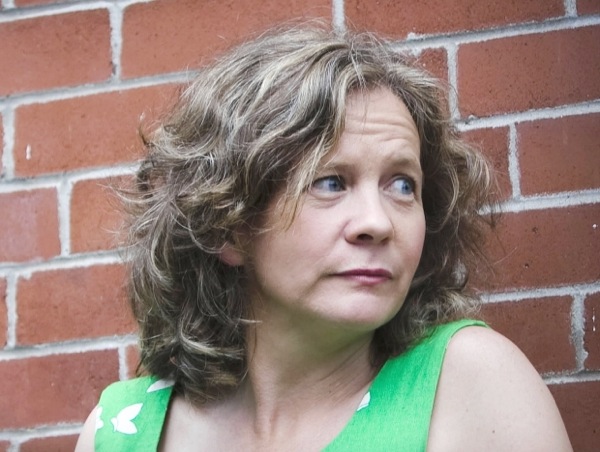 Over the past two decades, St. John’s-based author Lisa Moore has often been recognized as one of Canada’s finest writers. In the past year alone her second novel, February, won the top prize in CBC Radio’s Canada Reads, and her early stories were reissued in a handsomely designed anthology titled The Selected Short Fiction.

Each of these accolades celebrates Moore’s approach to fiction, one that concentrates on rich descriptions of sensory experience and tight dialogue to expose the intimate lives of her characters. Caught, however, is a very different book. Although she retains her close attention to detail and her ear for dialogue, here, plot is the most prominent feature. Unlike her previous novels, which meditated on community and longing, Caught is a terse jailbreak thriller.

Set in 1978, Caught follows young Newfoundlander David Slaney after his nighttime escape from the Spring Hill penitentiary in Nova Scotia. The novel narrates his life on the lam, his rapid return to crime and his eventual reckoning.

The first section features taut descriptions of Slaney’s intense joy in his newfound freedom, coupled with a deep paranoia that he is on the verge of being caught again. In these moments the novel most closely resembles Moore’s previous work, featuring skillful descriptions of the people Slaney meets on his travels, including strippers, newlyweds, truckers and business students, as well as his close shaves with the law.

Free after four years in the pen, Slaney looks at the world through fresh eyes. Drunk on his freedom, he appreciates the scent of lupins that fill the ditch he hides in to avoid being spotted by police. At times, Moore focuses in on his appreciation of the things that were unavailable to him on the inside, including simple pleasures such as cold beer and junk food. But as the novel advances, these vivid descriptions are sublimated to the elaborate machinations of the plot. Slaney hitchhikes to Vancouver, flies to Mexico and begins a long sea voyage home with a hold full of several tonnes of marijuana.

Prose stylists and genre writers draw on very different skill sets, and in Caught Moore has clearly set out to challenge the conventions of crime writing. For instance, instead of building up suspense she lets the reader in on how Slaney’s voyage is going to end, early in the book. And rather than focusing solely on Slaney’s perspective, the novel also follows his chief pursuer in the RCMP. Although this technique of examining the drug trade through the eyes of both dealers and cops has worked in television crime dramas such as The Wire, in Caught it can often feel as though the story is pulling the reader in two separate directions.

Action-filled adventure sequences on the high seas coincide with quiet scenes in which the RCMP officer ponders his dull suburban family life. Instances like these undercut the momentum and suspense of the plot and may lead the reader to feel slightly disappointed that Moore’s foray into crime fiction conforms to so few of its characteristic techniques. Ultimately, the mystery at the heart of Caught is what compels Slaney to take another shot at smuggling drugs when only four years prior he was arrested in one of the biggest busts in Canadian history?

A number of people try to dissuade him, including his former girlfriend and his jailhouse psychiatrist. When he admitted to the latter that he would do it again, she asks him “What makes you believe you wouldn’t get caught again?” To her question Slaney can only answer that “There’s no reason to it. It just is.”

While Slaney’s lack of motivation may be surprising to fans of Moore’s previous literary fiction, Caught is nevertheless a brave exercise in genre writing from one of Canada’s best authors. ■