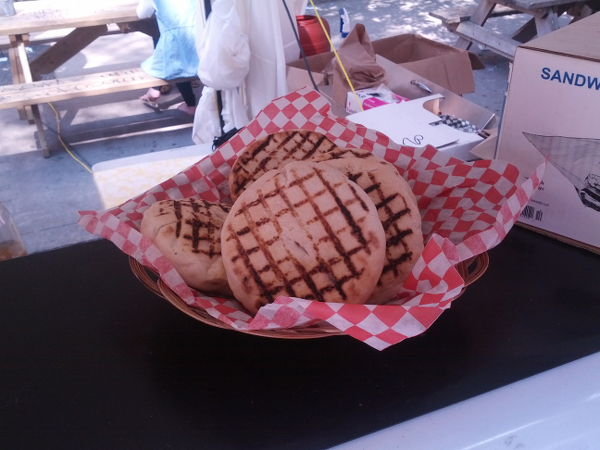 If there is one thing that unites us all as Montrealers and possibly as humans, it’s that at 3 a.m., everyone seems to be hungry.

I’ve travelled the world, and on weekends in every single city — except for Ottawa, maybe — an internal bell rings and people from all walks of life walk, run or stumble into the streets looking for a good midnight eat.

At that hour, most will put all health and weight preoccupations aside and let their primal cravings for fatty, starchy, artery-clogging food overpower them.

“I can’t believe I ate this” or “I’m about to pass out” are phrases commonly heard at 3:45 a.m., once plates have been licked clean.

However, beloved Cult MTL reader, if you are able to make a conscious, lucid decision about what you choose to masticate at that time, there are alternatives to the typical pizza, hot dog and straightforward cheese-curds-and-gravy joints. Even better, they’re all readily available to you late at night. So eat up and worry about it in the morning.

I felt it my civic duty to include this little Greek haven, a charming restaurant that competes with some of the most high-end Greek eateries in town in terms of quality. Having been around for approximately 40 years, Tripoli has become a staple of Parc Ex and popular among those either working night shifts or having spent the night out. You can also expect to bump into old Greek men and perhaps hear a story or two about the homeland!

Famous for: Making you feel as if you’ve walked into a traditional Yaya’s (Greek word for grandmother) kitchen at 3 a.m. and had the privilege of a home-cooked feast made just for you
Popular late-night dish: Grilled octopus, calamari, chicken/pork souvlaki, Greek salad
Price range: under $20

There is something to be said about a good old panini, and truth be told, Montreal is not particularly known as a sandwich Mecca. Luckily, we have Joe’s Panini. Opened 30 years ago, this joint is popular for just that: a great place to have a good panini.

I sometimes feel bad for Bocadillo. Its locations are both a blessing and a curse. A blessing because they’re in a high foot-traffic area and a curse because none of the foot traffic ever seems to go there late at night. Therefore, I feel people should be reminded that although a midnight pizza is good, SO IS AN EMPANADA! Bocadillo also has vegetarian options.

All-you-can-eat sushi late at night? Yes. Although this might not be the best sushi you’ve ever had, it’s satisfactory, and it won’t give you food poisoning. But you should know that Asahi is not famous for its sushi. Nobody even calls it Asahi. If you come here, it’s for the chow mein. And you should call it Chow Mein, too. Brought to you by the same owners as legendary Chez Mein, this is probably one of the most sinful places on earth.

Famous for: Burning down countless times, resulting in citywide mourning until magically one night — like a golden beacon of hope — you see a long line-up of people near a window and whisper to yourself, “God — could it be?” It is.
Popular dishes: Chow mein. Don’t have anything else. I’m serious. I’ll find you.
Price:  $2–$5.50

I didn’t want to include le Chien Fumant, but I did. It’s really expensive, and surely most don’t want to spend that much money late at night or have to call in advance for a reservation, but it’s SO GOOD. If you’re looking for what 50-year-old food critics would call “hip” cuisine, Chien Fumant is where you want to go. It will be a satisfying experience.

If your wandering soul is in the downtown core, perhaps around Crescent, park your car, lock your bike, rearrange your itinerary and head over to Boustan ASAP. If your girlfriend is about to give birth, tell her it can wait. Taste the juicy chicken, feel the garlic sauce trickled down your chin, smell your breath. Just kidding. You won’t want to smell your breath after that, but Boustan is arguably one of the best places to grab premium Lebanese fast food late at night and perhaps at any time.

Famous for: Being in an Epic Meal Time episode and often being full of Americans travelling in The Hangover-inspired wolfpacks
Popular late-night dish: the chicken pita, beef shawarma and kebabs
Price: $5–$10

Surely, late at night, nothing is better than sunny-side-up eggs with toast and some sausages. Because although 3 a.m. is nighttime for most of us, in reality, it’s morning. Your mind is blown, isn’t it? Moe’s is your classic diner, nestled in a basement that hasn’t had a facelift since it opened in the late ’50s. However, that is exactly its appeal.

Famous for: Not having updated anything — even its utensils — since 1958. That was a joke — but imagine.
Popular dishes: the breakfast menu
Price: $10

Established in 1974, the Main has earned its popularity and battle scars. If you’re looking for good smoked meat late at night, this is where you want to go. But if you’re not a fan of smoked meat, there are a variety of alternatives from steak to matzah ball soup that you can choose from. And yes, you can have poutine.

Tucked away in a corner of Little Italy, this gem keeps growing in popularity — it won Best Bar in our Best of MTL poll, and placed in a dozen other categories. But did you know that behind those two bowling lanes lies — wait for it — a kitchen! I kid you not. And guess what — it’s yummy beyond belief and ridiculously cheap. They serve up everything from salads to mac ‘n’ cheese and even have vegan/vegetarian options.

Famous for: Having two random bowling lanes in the middle of the restaurant
Popular dishes: The mac ‘n’ cheese, rosbif and toast. Basically, the menu is so small that everything on it is popular
Price range: Under $10 for practically everything

Okay, so I lied. I’m sorry. I promised I wouldn’t include any straightforward cheese curds and gravy in this list, but I think la Banquise deserves to be the exception. Listen, everything, including wanting to be adventurous or watching your weight, deserves to be pushed aside every now and then for glorious gourmet poutine. La Banquise is probably one of the most popular joints in the city, offering 30 original and delicious ways of preparing this typical Québécois dish. You can also have breakfast, burgers and hot dogs here.

Famous for: Being epic. Period.
Popular late-night dish: The T-rex poutine is one of the most popular varieties.
Price: $7–$15 ■