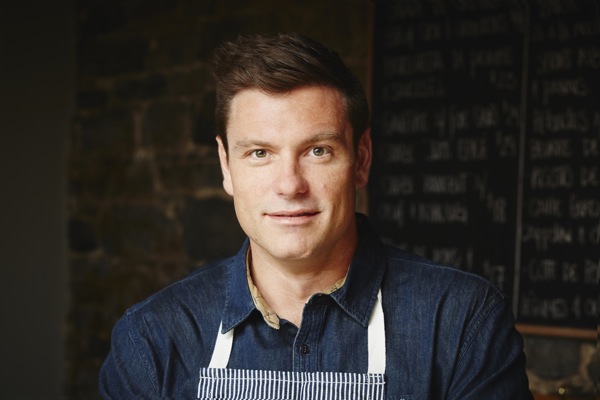 “I used to crush the Mirror, and now Cult MTL doesn’t like me, I’m in third place,” he fake-complains, broaching the subject of the recent Best of MTL poll with a joke before I even get the chance. “Obviously I’m happy, it’s all good.”

I’ll say. Even though his Food Network show Chuck’s Day Off stopped shooting several years ago, the beloved local chef landed the #3 spot as Best Local TV Personality, the #6 Most Desirable Man in the expanded Best of MTL Top 10 list, and both of his restaurants, Garde Manger and Le Bremner, landed in the Top 5 Best Seafood list.

We met as he did the press rush for a new cookbook/memoir based on Chuck’s Day Off, a kind of behind the scenes glance into life at Garde Manger.

“The show is something that we stopped doing in 2009, I believe, so it’s been almost four years now that we haven’t done any new episodes. It was 52 episodes, and they were pretty honest and we kept it at that,” he tells me, adding that the book of the same title seemed like a companion or logical extension to the show.

Chuck’s Day Off features about 60 recipes from the show, as well as about 60 new ones, and the book continues the show’s portrayal of the restaurant as an organism — an entity that needs its suppliers, highly trained and dedicated staff and the love and support of other chefs, foodies and writers to survive. His people are key, he says, “but everybody always talks about the chef. As much as I love it, I feel like there’s this elitism sometimes around cooking, and that’s really not my vibe.

“Ultimately, it’s autobiographical,” he continues. “The people that are in the show and in the book are really the people that I work with. It’s a little bit my story with them, a little the story of the restaurant, a little bit the story of the show. It’s not a Chuck biography, it’s more about the people who are involved in the show and suppliers, and it’s really a biography of the restaurant. It’s a pretty honest depiction of what it is to be part of the team here.” 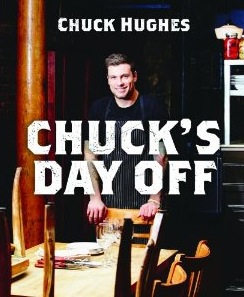 Hughes has been on the forefront of a new generation of chefs, who are increasingly called out of the kitchen and into the limelight to feed our seemingly insatiable curiousity about food.

“I never really dreamt about it or wished for it,” he says, but “cooking on the line is great and gratifying, but it’s a young man’s game.”

The new book, like the show and Hughes himself, concedes to the cultural fascination with those who cook our very best meals, but Chuck’s Day Off highlights the importance of the raw materials, rather than the narrative of the master chef.

“By focusing on great ingredients and just giving them a little touch,” Hughes says, “I’m trying to give a slice of what it’s like to be in the restaurant.” ■