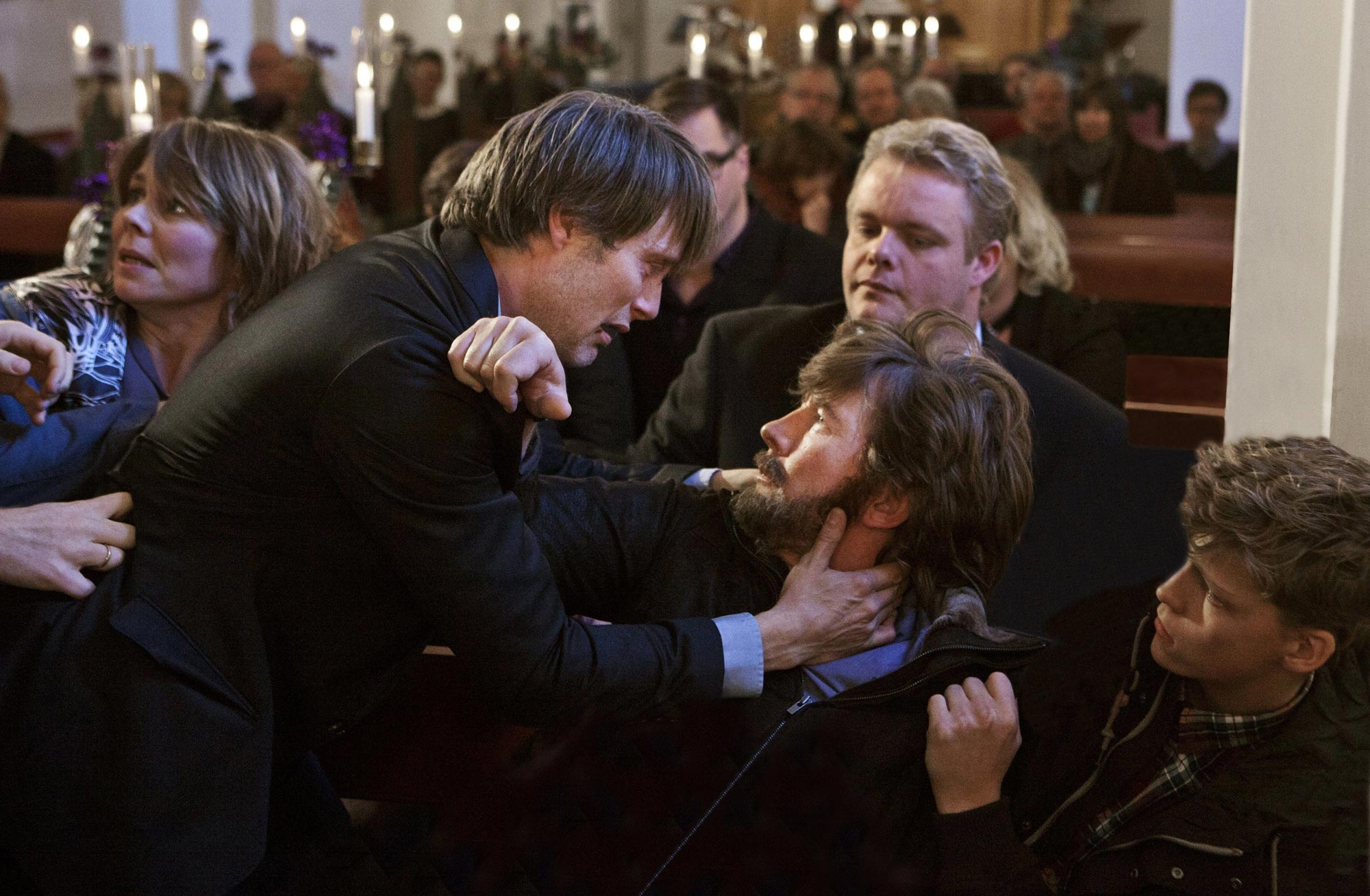 I couldn’t help but get a little excited about watching Thomas Vinterberg’s new film The Hunt. Vinterberg along with fellow Danish filmmaker Lars Von Trier created the Dogme 95 avant-garde filmmaking movement — they somewhat feel like film theory princes to me. Anyone who has ever studied film inevitably touches on this movement, this idea of creating films that steer away from advancements in technology and special effects to ensuring that more weight is put into the story and the acting. It’s as if I have an involuntary bell in my head that jingles when their names are mentioned.

Although I’ve always been a Von Trier fan, Vinterberg’s career has not garnered the same success. As time passes and more distance seems to grow between their filmmaking and their 1995 manifesto, it feels as though their work improves and for Vinterberg this is definitely his best work to date.

The Hunt revolves around the story of Lucas (Mads Mikkelsen) a divorcee and father living alone in a small Danish community. Having recently lost his job as a secondary school teacher, he resorts to working at a kindergarten. Lucas isn’t exactly where he wants to be in life, but he’s happy — the children love him and anticipate his arrival at the school, it looks as though he will be gaining primary custody of his son and new romance is blooming with a female co-worker. Just as everything is about to fall into place, the daughter of his best friend and student at the kindergarten Klara gets upset when Lucas refuses to accept a gift from her. This brief interaction leads to Klara, in anger, saying something she shouldn’t; through the leading questions of the school’s administrator, it balloons into a full blown accusation of sexual abuse against Lucas.

The film shows the absolute destruction this lie causes, and even as young Klara herself states several times that she was not being honest, the adults brush past this confession and continue to support their own machination. There is no doubt of Lucas’s innocence, which at first seems like Vinterberg let go of what could have been a really interesting thread in the story, but I believe this allows you to feel all the more frustrated and heartbroken over the annihilation of all he holds dear.

I wasn’t entirely satisfied with the film’s ending but I’ll not ruin it for you. Let’s just say the journey is much more entertaining than the destination. Hunting symbolism abounds throughout the film, creating links between this manhunt and the animals they seek in the woods. There is no doubt that Mikkelsen rightly deserved his Best Actor win at Cannes as his struggles are many and memorable. The most startling thing about the film is how believable this story truly is. Definitely worth checking out. ■

The Hunt opens Friday, May 17 at Cinéma Excentris (3536 St-Laurent)