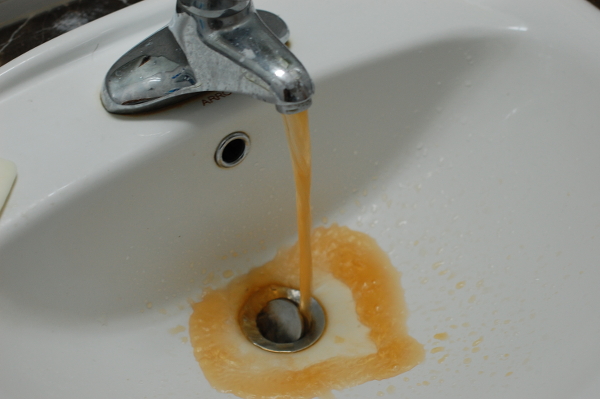 Following a day and a half of first-world panic — our bottled water supply is dwindling! Coffee is hard to come by! — the 1.3 million of us who faced a boil-water advisory can drink from the tap again.

If you did not know — and, based on a totally unscientific survey last night, that’s possible — due to an apparent “whoops” moment at our city’s biggest filtration plant, brown water flowed from the taps of many on Wednesday morning. We were faced with the unthinkable inconvenience of boiling our water for a whole minute before consuming it. For what it’s worth, at least one dude we know shirked that directive and wound up with an upset stomach. But now it’s all moot and we can go on doing whatever it is we do with tap water. The end.

Hey, look: white-collar crime. The beleaguered SNC-Lavalin, a company accused of funneling money to, oh, members of the Gadhafi family (the scion of which was allegedly offered a VP position with the firm), is having its assets frozen. Apparently some of its unaccounted for millions may be tied up in — wait for it — local real estate, including a condo development, because there aren’t enough of those.

And speaking of what Kool G. Rap once called the big-dollar, white-collar suit-and-tie criminals, it’s the Charbonneau Commission, now exposing the vast corruption that has long been the norm in Laval. Truth be told, the notion of your car exploding in your driveway when you don’t fall in line with the bigger agenda, as former construction exec Gilles Théberge’s did one morning in 2000, is faintly unsettling. But other than that, per Théberge, things were pretty harmonious in Laval for those involved in the city’s collusion.

On a semi-related note, the folks from UPAC raided a handful of places over a couple of days this week, among them NDG’s borough offices, once the workplace of one Mayor Michael Applebaum. They then hit up city hall again, carting off some documents after the fact. Sadly, Applebaum did not hold a press conference to reiterate that they weren’t there for him, though one person called the event “more elegant than last time.”