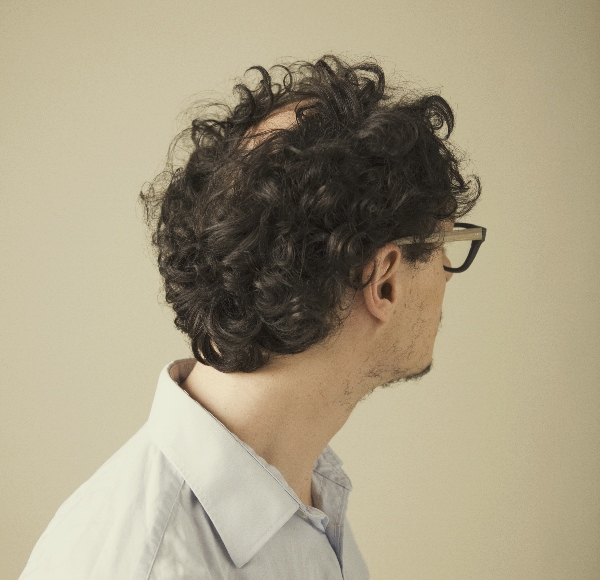 Like that big, round, orange juice-pump, that strange, mothership-lookin’ baseball stadium and that ginormous globed church atop the mountain, rapper/producer/composer/all-around-entertainer Socalled is a Montreal original, albeit one that gets out of the city more often than many of those other cultural landmarks.

Socalled launches a new LP, The Season (on Dare to Care Records), with sounds and words from his one-off 2011 musical production of the same name, feat. vocal and instrumental contributions by the Narcicyst, Katie Moore, Jamie Thompson, Patrice Agbokou and many more. Cult MTL caught up with him to talk beats, books, Beethoven and more.

Darcy MacDonald: So I heard The Season and I’m kind of confused because so much of it is just instrumental, and some tracks have, like, singing or rapping and a chorus line. How does the album reflect the live show, or vice-versa?

Socalled: Well, the live show is a whole musical, with dancing and puppets and rapping and singing and lights and acting and a story and stuff. And that we performed just the one time, at Théâtre Outremont in 2011. So all that music is what the show is. On Wednesday, we’re not really playing the whole show — we’re just playing this composition that I made.

It’s like if I was Beethoven and I had a new thing out. There’d be a show and you’d go see “Beethoven’s New Thing.” And Beethoven would make a little children’s book, and you’d sit there and make puppets, and Beethoven would paint watercolours of creatures from another planet. It’s very much a Beethoven-inspired project.

SC: No, we recorded it like a year after that show at this church in Farnham that Arcade Fire bought and is now selling, this beautiful, weird church in the country. So I rented that out, and we recorded the whole thing live to tape. We got everyone together and played it through, and recorded it live, everybody in the room, just like that.

DM: And so to disambiguate, what we will see Wednesday is not the whole shebang but rather the music from the show.

SC: That’s it, because really, the whole shebang is this whole fucking musical! It’s like saying, “Hey, are you gonna put on Cats next week?” Well, no, you need, like, months and months and thousands of millions of dollars to put on a musical. So this is more to celebrate The Season, I guess — even though that is kind of a cheesy word — but to celebrate the release of this work. So now that it’s on record, anybody, anywhere can grab this music and the script and they can put it on themselves.

DM: So does the packaging come with some, like, bells and whistles of that nature?

SC: Well, not the book and the lyrics, but the bells and whistles are all the illustrations that I did. I did like 10 full-colour, watercolour drawings of moments from the story. If I had more time, it would be a full-on children’s book, but at this point it’s, like, the bare bones.

DM: So the time you did the full-out musical, was it a one-off, or did you tour it?

SC: It was a one-off, and that’s sort of why we did the record. It’s kind of insane to create a whole musical and a whole show and all that music and stuff, and then just do it literally one time. Hopefully now that it’s out, people will like the music and think, hey, let’s see this damn show!

DM: So doing it again would be the desirable outcome?

SC: Yeah! You can be Mr. Mistoffelees!

DM: So what have you been doing these last couple of years? Tell me about your ever-expanding range of hobbies and what you’ve had your hands on.

SC: Oh my God, that’s none of your business, what I’ve had my hands on! Okay, but what have I had my hands on? Well, a lot of naked bodies, obviously, around the world.

SC: And I made that other record, The Sleepover. I’ve been touring my ass off. This musical, when it came out, the one night we played it, the artistic director from the Segal Centre was there, and he approached me right after the show and said, “Hey, that was awesome. Why don’t you come and write our new Yiddish show?”

So that was in 2011, and since then I wrote this musical, which is called Tales From Odessa, and that opens at the Segal in mid-June. So I wrote another musical, is what I did. That was pretty fun. And meanwhile, I’ve produced other people’s things, working with rappers, making beats. Did a soundtrack to a movie, did a soundtrack to a silent movie.

SC: That was this cool gig at the Louvres museum in Paris, where I was asked to create music for a bunch of really, really old silent films from the ’20s and ’30s and whatever. So I did like an hour-and-a-half program of new music live. They projected the movies and I sat there with this clarinetist from France and we wrote all this music. So that’s just another day at the office.

DM: For Wednesday’s performance, it being scaled down, is it something that you would encourage people to bring their kids to, or is it a little more adult-oriented, stripped down to the music?

SC: I think there’s gonna be enough to see and do, anyways. There will be a couple of puppets here and there, for sure, and like all good things, I hope that this works on different levels. Like, I think someone that even likes classical music might find something in this work. And then, if you’re a kid, you might just like the fuzzy creatures running around, and that’s cool, too, and maybe you’ll learn a word or two or something. So bring your kids, bring your grandmother, bring your pet. I don’t think they’ll let your pet in, but bring it anyway, and you can hang out in front with your dog. ■