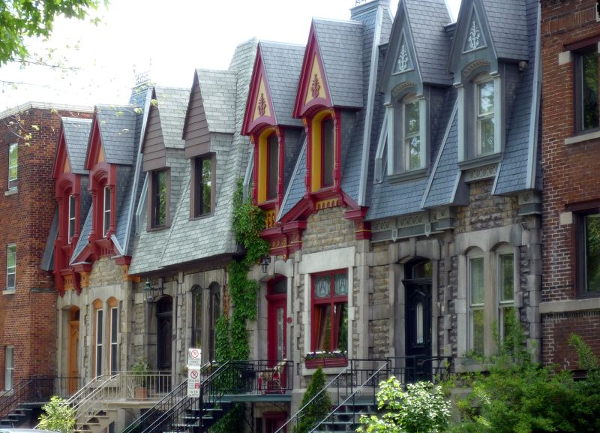 Desirable Airbnb real estate in the Plateau. Photo via Flickr

For the thrifty traveller, websites like Airbnb can be a godsend. Any schmuck with a room to spare can play the role of hotelier, providing short-term lodging for a rate far less than what a hotel would charge. The traveller then gets to save a few bucks while staying in a central location.

Now, who wouldn’t like that arrangement? Well, the Quebec government, apparently. According to a story by the Canadian Press, the province has been cracking down on Quebecers who rent out their abodes on sites like Airbnb. New York recently declared the service illegal altogether.

As is with most cases in which technology outpaces law, you can see where both sides are coming from. Hotels in Quebec need to be registered and be subject to inspections, which makes perfect sense. On the other hand, even if it’s against the law to rent out your home on a regular basis, who are you really hurting? Airbnb users aren’t being duped either — they know they’re not staying at a luxury hotel, and there’s a comment system and mandatory profiles that at least keeps the process somewhat honest.

Last October, I spent a month in Berlin, and found a cheap room in Prenzlauer Berg using Airbnb. Given that the apartment had multiple rooms, all being rented out, and almost no furniture, it was obvious the apartment’s owner wasn’t simply a kind soul taking in travellers — she was treating it as a business. In fact, she was a few minutes late to our initial key exchange because she was tending to visitors at another apartment of hers across town.

In a perfect world, should she be subject to whatever fees and regulations hotels are subject to? Yes, but fining or outright banning sites like Airbnb will simply drive the cheap room trade further underground, where even Airbnb’s minimal protections (like how they handle money transactions) won’t be available.

It’ll be impossible to stamp out sites like Airbnb now that we’ve all gotten a taste for it, so Quebec’s best recourse would be to encourage wannabe lodging providers to register and pay the small fee, or perhaps even offer their own Airbnb equivalent. If most people who offer their extra rooms view it as a business or income supplement — and most do — they probably won’t mind. ■