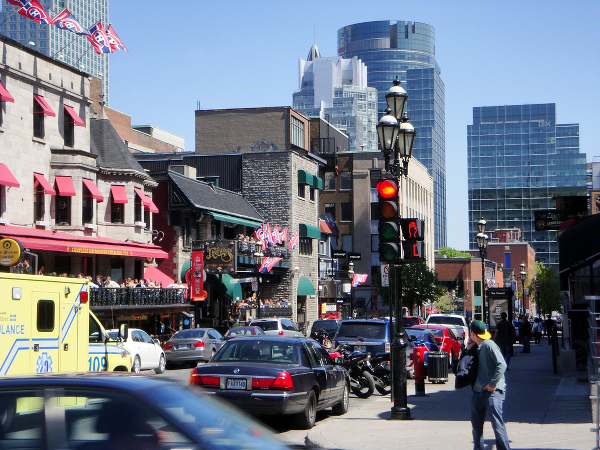 Montrealers are a polarized people. Yeah, there’s the English-French thing, but that’s nothing compared to the divide between those who get drunk (or used to, anyway) on St-Laurent and those who patronize establishments along the parallel universe that is Crescent, downtown.

It’s pointless, though, to debate the merits of the two streets with anyone from here — you like one or you like the other. But out-of-towners offer us a more objective view of a street that in most local circles is synonymous with all forms of douchebaggery. With that in mind, we give you — as always, without comment — the only opinion on Crescent that really matters: that of the infallible Internet.

“some good some bad”
[box type=”shadow”]stay away from CLUB ENTOURAGE!! MY GIRLFRIEND GOT GROPED WHILE going to the bathroom by two security guards![/box]

“If you’re visiting, skip this part.”
[box type=”shadow”]“If you want bad food, scenesters of all ages, over crowded bars\restaurants, then by all means go. Other than that, this area is junk.[/box]

“Great, if you are a drink to get drunk guy…”
[box type=”shadow”]Yes, there is a bunch of pubs, clubs, and restaurants on the street; though I feel like it caters to the ‘drink to get drunk’ guy, who desperately goes out to spend unreasonable amounts of money to meet with companions, etc. If you fit that bill, yes, Crescent Street may satisfy you[/box]

“Over the Hill”
[box type=”shadow”]There once were very good small shops and restaurants here – they have probably all gone down the 401 to Toronto.[/box]

“Tacky”
[box type=”shadow”]Crescent Street is just a tacky street with many bars and restaurants (many just average). Reminds me of the old Lundy’s Lane in Niagara Falls or Bourbon Street in New Orleans.[/box]

“Definitely not where the cool kids hang out”
[box type=”shadow”]This street doesn’t have many locals on it, mostly tourist. Nothing fun or exciting.[/box]