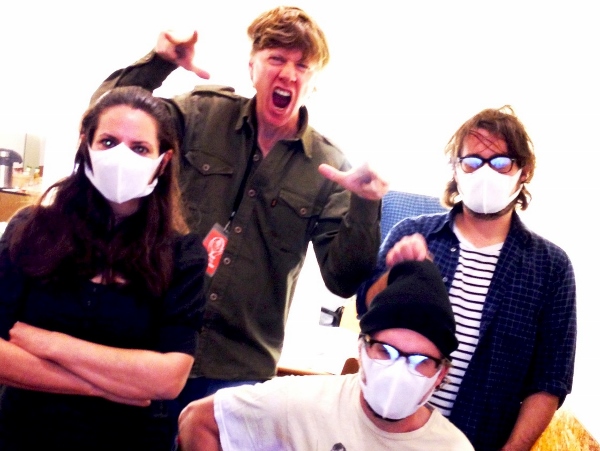 Founded in 1983, the Festival international de musique actuelle de Victoriaville (or “Victo” to those in the know) has long been regarded as one of the greatest experimental music festivals in the world. Eclectic programming has always been one of its hallmarks, bringing together local and international performers for a unique showcase that each year overruns this small city 100 miles northeast of Montreal.

It’s been said that the growing success of the Suoni per il Popolo festival over the last decade has stolen some of Victo’s thunder, as adventurous listeners within Montreal who may have gone to Victoriaville prior to 2001 have gradually stayed home and attended Suoni instead. This may have even contributed to FIMAV’s decision to take a hiatus in 2009 while they readjusted their programming. They returned in 2010 with a shorter, four-day festival, a renewed emphasis on Québécois artists and the inclusion of sound art installations. Though both festivals have been full of diverse programming all along, there is no substitute for the rustic setting and concentrated programming offered by Victo.

Unlike the rigidity of rock group formations, the musicians represented at Victo are constantly seeking out new collaborators and new styles, giving listeners the opportunity to hear the same artist playing with a variety of performers, simultaneously emphasizing the uniqueness of each artist’s sound as well as the magic of collective performance.

What more can be said about John Zorn? A true master who has made many appearances at Victo over the course of the last 30 years, we’re lucky that Zorn’s year-long birthday celebration, John Zorn @ 60, includes an entire day’s programming at FIMAV. Zorn will be directing five concerts showcasing recent compositions ranging from work for jazz trio, string quartet, vocal projects, his legendary Electric Masada ensemble (which he’ll join on alto sax), his more accessible group the Dreamers, and a free, festival-closing performance featuring Zorn solo on church organ. Among the many musicians performing his compositions will be John Medeski (of Medesi Martin & Wood), guitar master Marc Ribot and everyone’s favorite bombastic vocalist, Mike Patton. Sure to be a highlight.

After over half a century, free jazz is not so much the New Thing anymore, but the Thing still makes music that is as forward looking as ever. Scandinavia’s best free jazz ensemble will be joined by Sonic Youth’s Thurston Moore for what is sure to be a loud performance.

In addition to Paal Nilssen-Love on drums and Ingebrigt Håker Flaten on bass, the Thing showcases the sax work of Mats Gustafsson (fresh off Stones, his collaboration with Montreal’s own saxophone colossus Colin Stetson). Throughout his own career, Thurston Moore has tackled more styles than I can count, but if their previous collaborations are any guide, expect Moore to at his guitar-feedback best. Those less drawn to his more abstract work should be sure to catch Moore his new band Chelsea Light Moving, a rock group exploring ‘60s avant-garde culture who recently released their debut album.

San Francisco’s avant-rock group Oxbow blends a wild mixture of noise, free jazz, and doom composed by guitarist Niko Wenner. Frontman (and writer and mixed martial artist) Eugene Robinson’s juxtaposition of masochistic hypermasculinity and his cultivated, intelligent and expressive vocal experimentation make the comparison to Henry Rollins too easy.  Robinson recently fronted the short-lived group Black Face with Black Flag founding bassist Chuck Dukowski. However, Robinson is far more intense and serious about his craft than is Rollins. The group’s experimentation is grounded in structured, symmetrical composition, a contrast to the intensity of their art and infamously unstable live shows, in which there is always a real risk of physical danger.

On the more accessible end of the spectrum will be Eviyan, a new chamber-folk project bringing together three equally notable artists: Czech-born Iva Bittová is an avant-garde violinist and singer who has effortlessly traversed dozens of styles, combining improvisation and composition with abstract folk-like melodies. Gyan Riley is the son of composer Terry Riley, but his acoustic guitar virtuosity stands on its own merits. Bass-clarinetist Evan Ziporyn is best known for his long participation in N.Y.’s critically acclaimed new music ensemble the Bang on a Can All-Stars.

Rust, a duo comprised of Montrealer Jean-François Laporte and frequent collaborator Benjamin Thigpen, explores an aesthetics of deterioration, using self-invented instruments, acoustic oscillators, and treated by custom computer algorithms. Five different sound installations, all by artists from Quebec, can be found in public places around Victo throughout the festival to ensure that they’re engaged with by a wide variety of spectators. At this point, virtually all music is electronic to some degree so long as it requires electricity, so in keeping with the oppositional nature of the festival, Minibloc’s “Courant d’air” instead explores the acoustic principles of air propulsion and non-electronic amplification. After a fine performance at AKOUSMA last fall, Minibloc’s installation is the one I most look forward to. Peter Flemmings’ generative process of using solar-powered motors resonating plate glass is sure to be fascinating as well. ■
For the complete program, ticket info and directions, go here