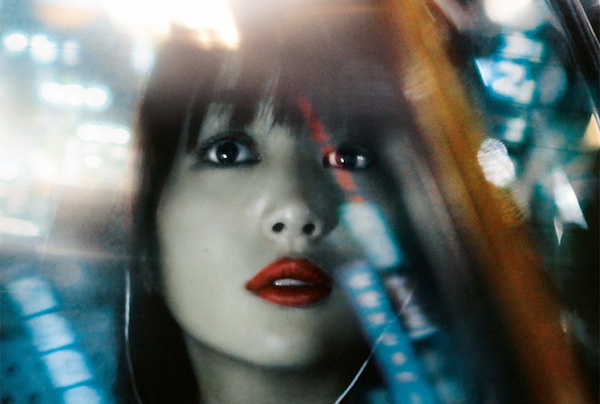 A bit like Woody Allen — if he was self-exiled because of political oppression and international warmongering instead of everyone thinking he was a creepy old pervert — Iranian filmmaker Abbas Kiarostami has been on a bit of an international kick lately. First there was 2010’s Certified Copy, a multilingual film set in Italy, and now his latest, shot in Tokyo with a local cast.

Rin Takanashi plays Akiko, a young student who supports herself with escort work, unbeknownst to her overprotective boyfriend Noriaki (Ryo Kase). She gets assigned to a date with Takashi (Tadashi Okuno), a retired professor. The story follows their date and its aftermath — the narrative is barely there, but the copious dialogue provides a theme of misunderstandings, dishonesty and communication lapses.

Kiarostami is an old-school art filmmaker, who dives head-first into heavy themes à la Bergman and plays with audience expectations as boldly as Godard. While Certified Copy was an audacious display of trickery, constantly toying with the viewer’s understanding of what was going on, Like Someone in Love is an even more challenging work, lacking his previous film’s sense of play.

It’s a difficult film to talk about, both because so little happens on a surface level and because to discuss what does happen would be to reveal the film’s surprises. Suffice to say that four decades into his career, Kiarostami is still one of the most subversive and provocative filmmakers out there—and when I use those words, I’m not talking Spring Breakers, but a cryptic puzzle that exercises your mind and upends your assumptions as a viewer. 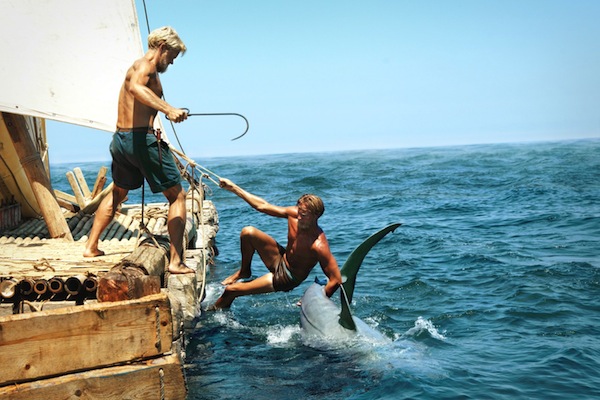 Nominated for the best foreign language Oscar this year, this Norwegian drama tells the fact-based story of explorer Thor Heyerdahl, who sailed across the Pacific Ocean in a raft in 1947 to prove a theory about ancient migratory patterns.

Like Life of Pi, but with a much smaller effects budget, the film largely takes place on a raft isolated at sea, mounting a challenge for the filmmakers to keep it interesting, which directors Joachim Rønning and Espen Sandberg mostly do. Of course, instead of just a boy and a tiger they have a six-man crew as characters to pit against each other as tensions mount. (I often had trouble telling all the blonde, athletic men apart — is that racist?)

One intriguing bit of trivia about the film is that it was shot in both Norwegian and English versions, presumably to get around the American public’s well-documented aversion to subtitles. All the Norwegian actors do fairly well in English, though they have their awkward moments; of course, you’d have to watch both versions to say if their performances are more comfortable in their native tongue.

Though the film makes occasional efforts to humanize Heyerdahl, the filmmakers seem more interested in a hagiography with a slight hint of nationalist pride. The film has some beautiful imagery, but it’s ultimately an adventure story more suitable for a young adult audience. ■