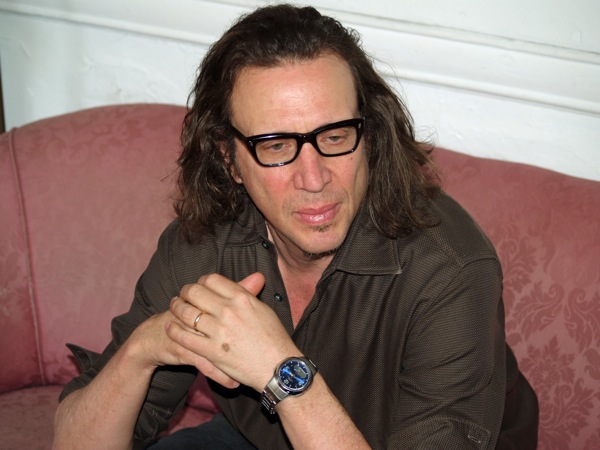 Richard Hell invented punk style. One day his picture will be in the dictionary as the first to establish punk fashion’s holy trinity of having a bad attitude while wearing ripped-up clothes topped with short messy hair — this is long before he started wearing glasses. After seeing Hell play with his first band Television, manager Malcolm McLaren liked this look so much that he went back to England, formed the Sex Pistols and dressed them up like four Richard Hells.

Like all other pop culture originators, Hell should have then been consigned to the dustbin of history. The only problem was that he actually wrote a few good songs. His 1977 album Blank Generation is a minor masterpiece that marries trashy doo-wop with wild Beefheart-esque solos, featuring lyrics dealing in stupid puns and mordant observations on bohemian life. The brash persona that Hell created sang about his one-night stands, cadged drinks, and always insisted on his own supreme coolness. Unfortunately the devil-may-care voice that works in three-minute punk songs becomes irritating and unrewarding when spread over 300 pages, as it is in Hell’s new memoir I Dreamed I was a Very Clean Tramp.

Richard Meyers became Hell in NYC in the mid-1970s, when in his mid-twenties he finally gave up his dreams of making it as a poet and picked up a bass guitar. Starting Television with former prep school classmate Tom Verlaine was an unlikely attempt at reinvention. After blundering through descriptions of his uneventful Kansas childhood and brief career as a juvenile delinquent for the first hundred pages, it’s with Hell’s early stabs at rock and roll that I Dreamed I was a Very Clean Tramp finally comes alive. Hell explains that Television were opposed to bloated corporate rock and used “no pomp or special effects” but were instead just a “high-lit band, swinging and bleeding and crying and sneering.”

Following this initial moment of glorious creation is a typical rock and roll tale told in a fairly undistinguished way: Hell gets kicked out of one band and joins another, gets into drugs, chases women and is exploited by record labels. He writes that “being a pop star, a front person, takes indestructible certainty of one’s own irresistibility,” but Hell’s drug-fueled confidence only undermined him, leading him down several rabbit holes that sapped his creative power. 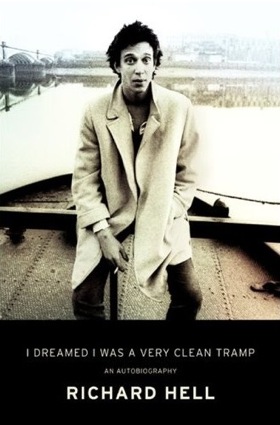 One of the book’s chief disappointments is that Hell is still so wrapped up in his own ego that he is an unreliable and spiteful narrator of the birth of punk rock at CBGB. Instead of celebrating or even reflecting on the significance of the scene, he describes The Ramones as “a kind of novelty act,” states that Blondie’s music was “primarily an excuse to look at their stunningly pretty singer,” and dismisses the Patti Smith Group as “generic and undistinguished,” all the while arguing that his own band “was the most interesting . . . both musically and historically.” Hell’s bitterness permeates the book and he overcompensates by constantly asserting his superiority to those around him. Overall this calculated (and unnecessary) defense of his own legacy prevents him from ever opening up or being sincere about his life and times.

Hell has a bad word for pretty much everyone, but the fact that his harshest criticism is directed against bands which featured female musicians is not surprising. While I Dreamed I was a Very Clean Tramp gives little insight into Hell’s creative process, in place of this he catalogues many of the women he had sex with by name. Early in the book he argues that “Sex drive overcomes almost everything,” and while libido may be at the heart of rock and roll, it doesn’t excuse the fact that Hell’s portrayal of women throughout the book is deeply misogynistic and troubling.

Nearly 40 years after his heyday as the first punk and 30 years after he quit music entirely, this is maybe the saddest aspect of Hell’s memoir; not his ‘I coulda been a contender’ rants, or the paragraph where he thanks his lawyers, or the fact that his huge junkie ego remains intact. Now in his 60s, Hell writes about women with all the complexity of a fevered 15-year-old. That he sees this as provocative, or interesting, reveals his profound lack of sophistication as a writer and is emblematic of the deep narcissism that hinders this book from ever becoming more than a treatise on how cool Richard Hell thinks he is. ■

Jeff Miller is the author of the award-winning short story collection Ghost Pine: All Stories True. He lives and (still) listens to Blank Generation in Little Italy.