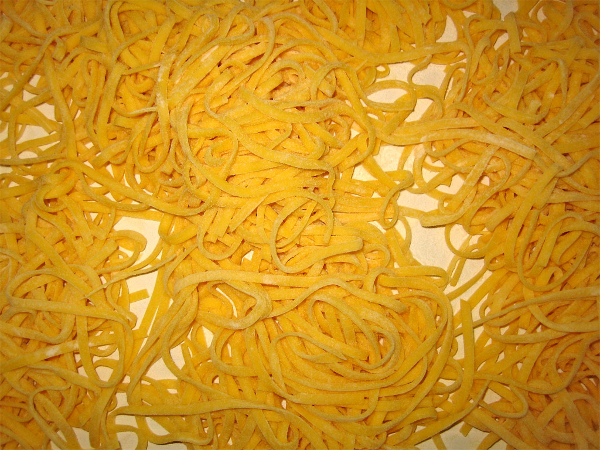 The food that spurred Louise Marchand’s resignation? Photo via Flickr

This just in: the Office québécois de la langue française’s director general, Louise Marchand, has called it a day. Maybe persecuting restaurants and bars for completely ridiculous and archaic signage rules wasn’t  the way to go.

Despite what you may believe, most Canadians think there’s too much fighting in hockey. Why? Well, for one thing, on Wednesday night in Toronto, Maple Leafs forward Frazer McLaren decked Senators winger Dave Dziurzynski, knocking him unconscious. It happened 26 seconds into the game, and former Ontario attorney general Roy McMurtry called it an act of “thuggery.” So what should we, as hockey fans or whatever, do? We should note that, per Angus Reid Public Opinion, two-thirds (!) of Canadians think fighting should be banned from professional hockey. And then we who give a shit should hope that never, ever happens.

For whatever it’s worth, Coalition Avenir Québec leader François Legault is saying Bill 14 — which, you’ll recall, a lot of people, most of them old, angry and anglo, protested a while ago — won’t pass. Among other things, the bill called for companies that employ between 26-50 people to get a certificate saying workplace communications took place mainly in French. But Legault says that shit won’t fly. Instead, the government should, you know, promote French language and culture, thereby drawing people to Quebec, instead of punishing those who disobey the letter of some Draconian law. Which is kind of hard to dispute.

Cardinal Marc Ouellet, Quebec’s possible Pope-to-be, isn’t his brother’s keeper — and the Quebec Archdiocese wants to make sure you know that. Ouellet’s brother pleaded guilty a few years back and serve 15 months in the community for sexually abusing minors. Not that it’s any of your goddamn business. The Quebec Archdiocese spokesman appealed to the consciences of members of the media to stop talking about the lesser Ouellet, saying he’d “paid his debt to society” for the crimes he committed, and that the cardinal’s candidacy could be hurt by the media chatter. Buddy, we don’t have consciences.

A dog in the Eastern Townships named Orville — after the exploding nuggets of deliciousness that is Orville Redenbacher’s popcorn — is the subject of a four-way argument between family members. The dog was left in a ditch a couple weeks ago after being shot in the back of the head (the bullet exploded, hence the popcorn reference. Ha ha.). The four relatives are all claiming ownership of the dog — but not ownership of the fact that this dog was both shot and left in a ditch. Keep it classy, Brome Lake!

We would be remiss if we didn’t tell you that, while TSN 690 was safe for a minute, it once again needs your support. So go to this website and tell the CRTC why the sports-talk station should be allowed to operate in English. ■