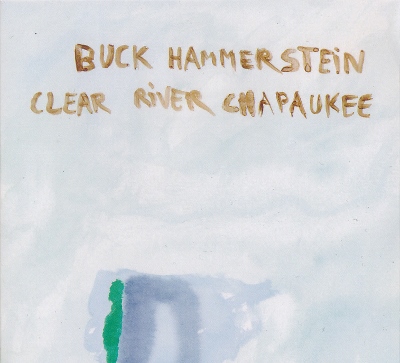 Often associated with electronically generated sound, many acoustic instrumentalists have contributed to the development of radically quiet noise music, also known as “lowercase.” Greg Kelley was a seminal figure in the U.S., especially with his 2000 solo recording simply titled Trumpet.  Of equal importance was the European Contest of Pleasures trio, which included trumpeter Axel Dörner, saxophonist John Butcher and Xavier Charles on clarinet.

In both cases, wind instruments were re-invented as noise generators through mastery of a panoply of extended techniques. Unless a performance is witnessed live, it is almost impossible to imagine how brass and reeds could produce such stark noise soundscapes, free of any hint of the instruments’ traditional tones and textures.

Several years later, it’s time to extend the genre, and in exploring the boundary between lowercase ambient minimalism and free improvisation, this record provides one model. While all sounds are purely acoustic, and barely perceptible noise punctuated by complete silence again dominates, bursts of energy frequently break through the austerity barrier. These flares ironically serve as moments of tension release.

Nigel Taylor (aka Buck Hammerstein) hails from Saskatchewan, where he played classical and romantic music in the Regina Symphony Orchestra before being bitten by the improvisation bug.  He left his assistant principal trumpet position in 2009 to study in the contemporary improvisation department  at the New England Conservatory in Boston. He now calls Montreal home, augmenting our city’s already strong free-trumpet ranks.

Saxophonist Fausto Sierakowski (aka Clear River Chapaukee) has a similar background, originally from Paris and with classical training at the Conservatorio Santa Cecilia di Roma and Hanns Eisler Academy in Berlin. He too ended up at the New England Conservatory, where he met Taylor in 2010.

The four tracks feature the type of sonic calisthenics one expects, but close listening reveals an exceptional level of sympathetic interplay between Taylor and Sierakowski, each gesture repaid with nuanced detail. The constantly evolving rows of squeaks, smears and breathy whistles are not arbitrarily strung together, but could be the soundtrack to an abstract film.

Although far from easy listening, this recording is about as friendly an introduction to lowercase as one might find. This is in part because it’s expertly executed, but also because the cacophonous attacks add a more familiar dimension.

The indie-psych pride of Philly, Kurt Vile, introduce a new single, a preview of his next album Wakin on a Pretty Daze, out April 9 on Matador. His toddler daughter helps out.

Though they’ve lightened their line-up — Sigur Rós is now a trio following the departure of Kjartan Sveinsson — the band sounds decidedly heavier on this track from their forthcoming album Kveikur, out June 18 on XL. The video, directed by Andrew Huang, reflects their inching towards metal.