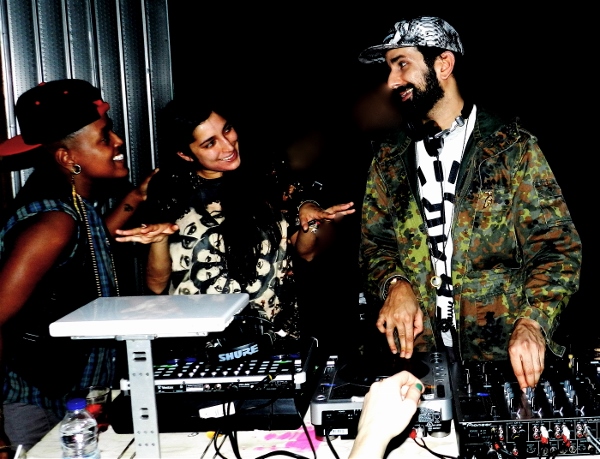 Run by three queer folks of colour, Cousins is a monthly DJ night that invites party people to dance to hip hop (and trap and trill), dancehall, R&B and dubstep in a friendly, familial environment, namely Mile End’s Royal Phoenix — DJ Tamika calls it “the perfect mix of nightclub and dive.”

Her fellow DJs Sammy Rawal and Nino Brown are based in Toronto, where they run a similar night called Yes Yes Y’All. But, being a native New Yorker, Tamika is well schooled in the intersection of queer and hip hop scenes.

“Even though it would seem like hip hop and being gay would be at odds with each other, it’s very prevalent in New York,” she says. “I grew up going to a lot of those nights, surrounded by that culture. You take from the music the stuff you can relate to.”

Tamika moved to Montreal three years ago, and has been slowly absorbing the local hip hop scene and gay club scene. She and her cohorts launched Cousins last September, aiming to “throw a party that we could dance to from beginning to end.”

“She’s so unashamedly and unabashedly dirty — she just says what she wants and she doesn’t look like she’s apologizing for it,” says Tamika. “Her production team makes simple Southern hooks and beats that sound really good under her no-nonsense voice. She just really stood out; that attitude was so attractive to us. Her songs became Cousins party anthems. We just love it.” ■