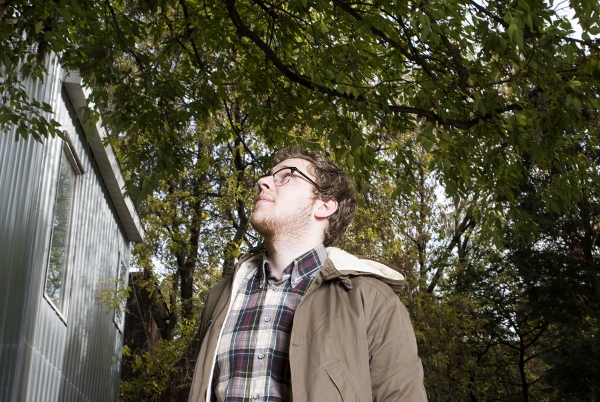 Elvis Costello once famously said writing about music is like dancing about architecture. But what if the music is about architecture — what then? Local producer CFCF’s latest EP, Exercises, was heavily inspired by Montreal’s monolithic, institutional buildings, as well as its metros. As such, Exercises can at once feel cold and inhospitable (helped by the fact that it was recorded in winter), but also strongly evocative and nostalgic, especially to those who frequent Montreal’s many geometric, spacious and mostly grey spaces on a daily basis.

“I was trying to recall the days when I was in school, living in transit and always having to go from one end of the city to another,” the 25-year-old says. “Anyone who rides the metro constantly will be able to tell you which one they think is the nicest or the most depressing. Some of them are even quite pleasant.” For the record, CFCF digs Bonaventure’s walkways, but is unimpressed with Guy-Concordia.

The man otherwise known as Mike Silver also has a pair of releases in the works, including an ambitious, Peter Gabriel-inspired full-length three years in the making, so I spoke to him not only about Exercises and buildings, but also about his upcoming works (although he’s not ready to divulge their titles just yet).

Erik Leijon: Were there any specific buildings in Montreal that inspired you while making Exercises?
Mike Silver: There are maybe a dozen metro stations I had on my mind, and from that I had a feeling I wanted to create. There’s also the McGill library, and Place Bonaventure. I also had in mind those big government, institutional buildings, like where you have to get your passport renewed, and it requires walking up staircases and into these great halls.

EL: Is the Montreal architecture you’re talking about dreary?
MS: I don’t find it that dreary, I know some people do. I think the whole idea behind it was to make a space where the humanity gets filled by the people who inhabit it. There are a lot of buildings in that style that don’t show it as well as others, but generally when I’m in those kinds of buildings, I don’t feel oppressed — I feel somewhat humbled. They’re so monolithic and huge. There’s weightiness to them, and it’s something to be in awe of. I think it’s comforting, but also because it has a nostalgic presence as well — it harkens back to the glory of Canadian and Quebec utopianism from the ’60s and ’70s.

EL: Are those types of buildings a Montreal thing, or have you seen them in your travels?
MS: I don’t know any other city that embraced those brutalist types of buildings so heartily as Montreal. If you’re ever in academia, or film or government in Montreal, you find yourself in a lot of these buildings, because it’s the way the infrastructure was decided upon at one point. The majority of metro stations look like that. It’s the idea of what a city should be at that point in history; they wanted to have that feeling.

EL: Exercises came out last April. Have anything in the works?
MS: I have two records that are done and have gone to mastering. They’re coming out this spring and summer, then I have a couple of other projects nearing completion for maybe the end of next year. I didn’t release anything substantial for a long time, so I’m sitting on a trove of releases. I have a full-length record that’s coming in the summer. It’s finished, but it took three years to make, so I’m happy it’s done. The other one is coming sooner, which is made up of newer stuff I’ve made in the last six months.

EL: What’s the full-length like?
MS: It’s going to be different from anything I’ve released before, but it still has a lot of shades of all the releases I’ve put out. It’s a bit similar in vibe to The River EP, except it’s a bit more pop-oriented and there’s a lot more singing. I sing on most of it and there are also guest vocalists. Whenever I mention it, I always say my inspiration was Peter Gabriel’s Secruity and So, so hopefully that comes across.

EL: Since it took three years to make, is it more epic than previous albums?
MS: There’s some epic stuff on it, but there isn’t a symphony orchestra or anything like that. It’s still a small record for all intents and purposes, but it’s ambitious in scope — certainly more ambitious than anything I’ve done before. I’ve been singing for a while, but it’s never really been at the forefront. The idea of a 10-track record where I sing on seven of them is a shift as far as the structure of the record, so for people used to my albums being made up of mostly instrumentals with one vocal tease, this will be the opposite. ■

CFCF plays with DJ Jordan Dare at the opening of the next phase of ABC:MTL/Cult MTL February issue launch at the Canadian Centre for Architecture (CCA) (1920 Baile) on Thursday, Jan. 31, 6 p.m., free