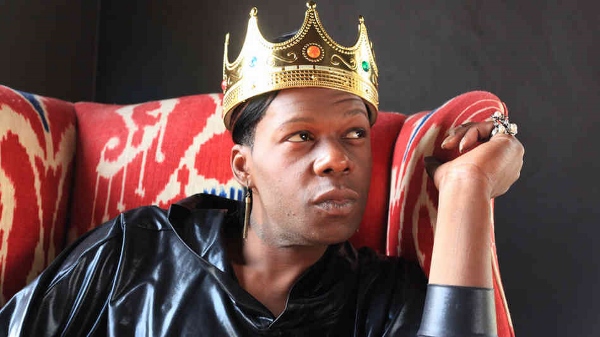 If your go-to dance moves don’t include shimmying with your hands on your ankles, you probably haven’t been listening to bounce. You’re in luck, though, because the #1 international ambassador for the aggro New Orleans sound is in town to school you.

Big Freedia, once known as Freddie Ross, went global around the same time bounce music did, following the dispersal of NOLA’s population post-Hurricane Katrina, in 2005 and 2006. The musical style, which has been the soundtrack to New Orleans block parties and nightclubs for two decades, began to be performed in the states bordering Louisiana, where Katrina refugees relocated, and proliferated from there. But as soon as it was possible, Freedia returned to bring the party back to the devastated city, earning mad respect from her local scene.

According to Freedia, who I reached by phone as she was en route to NYC last Friday, nightlife in New Orleans is “bigger and better” than it ever was. She still performs there on the regular, with multiple residencies on the go, but more and more she’s on the road bringing her commando call-and-response rapping and gunner rhythms to audiences around the world, inspiring ladies to lose their inhibitions and get their asses in the air.

Among her many visits to Montreal over the past five years, Freedia led a bounce dance class as part of Pop Montreal, and will soon release an instructional DVD (along with a new record and documentary). She and her DJ and hype-dancers always perform at the same level (“intense, ferocious”), whether they’re back in NOLA or facing a room full of newbs.

Today just happens to be Freedia’s birthday, and it’s the first time she’s celebrating it on the road. “We’re gonna have a party at the club,” she says, anticipating some surprises from her crew. In New Orleans, the birthday party is an annual happening to be reckoned with: “The Big Freedia birthday bash: three different parties in one weekend,” she says. “It goes down!”

So forget it’s Monday, Montrealers, and get your asses in gear for a serious bounce bash. ■

Big Freedia – "Y'all Get Back Now" from stereogum on Vimeo.