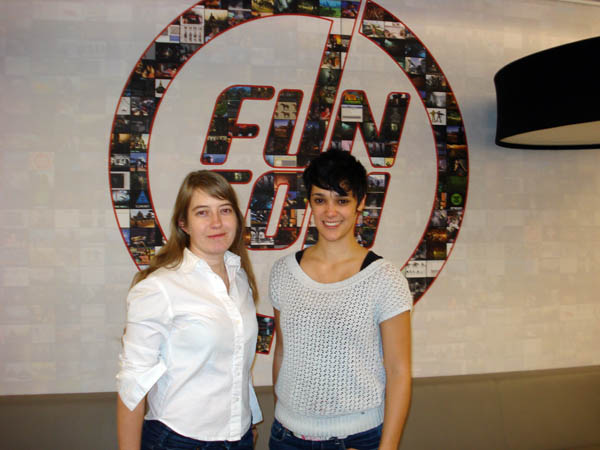 Tanya Short feels that as a woman in the gaming industry, she’s been pretty fortunate.

From grad school to working full-time at local developer Funcom, Short says she hasn’t experienced any incidences where she’s felt harassed or threatened, but in the still male-dominated video game industry — where carnage and cleavage sell — many of her female peers have had to endure some pretty despicable behaviour from their male colleagues.

Short, web designer Rebecca Cohen Palacios and Toronto-based group Feminists in Games want to see more women getting into games, so they’ve started up Pixelles Game Incubator, a six-week crash course on the ins and outs of game-making exclusively for women.

“I feel like there are countless reasons why women would not want to make games,” says Short.

She thinks the biggest hurdle preventing women from getting interested in games isn’t the industry’s sexist culture, but rather that girls aren’t encouraged to play games from a young age the way boys are. “Video games are associated with violence, and violence is considered primarily a male activity, and girls are discouraged from it. As long as that’s the case, there will be fewer women interested in games as an art form and as an outlet for expression, because making games is hard and passion-driven, and you have to want to do it.”

Cohen Palacios says Pixelles will be similar to a university course. The eight winning applicants will be given instruction on how to use non-programming-based software, as well as receive mentoring from experienced women in the industry. “We’re here to provide support, constructive feedback and lend our experience,” says Cohen Palacios. “We want people to know that making a game isn’t as hard as they might think.”

Cohen Palacios was herself a product of a similar initiative in Toronto called Difference Engine Initiative, where she went from having no experience to creating her own typing game.

The debut of the Pixelles in Montreal also happens to coincide with a recent Twitter awareness campaign called #1reasonwhy, where women in the game industry provided personal experiences about sexism in the industry. Do check it out, as some of the testimonials were pretty jarring.

Fortunately, Short says she’s been pleasantly surprised by how gung-ho her peers have been about Pixelles. “I’ve been struck by the number of women who are interested in helping and sharing their experiences. I thought maybe we’d have one woman a week come in and give their experiences, but I’ve had more than that approach me about wanting to get involved. Maybe they’ve been waiting for something like this.”

For more information, check out pixelles.ca. If you’re interested in participating, you need to fill out an application, as only eight women will be chosen. There’s an information session happening tonight at Eastern Bloc (7240 Clark), 7 p.m.