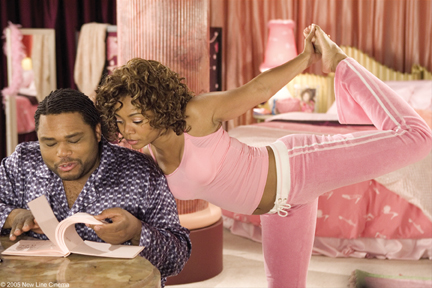 Does Montreal play itself? No, although every inch of it is vaguely familiar. Montreal stands in for Chicago in the plot, but it looks like most of it was shot in the concrete-and-glass paradise that is downtown south of Ste-Catherine, with a healthy dose of Dorval parking lots and Lachine backstreets to add some suburban earthtones. As with a rather surprising percentage of films shot here, the areas around Dorchester Square are prominently featured as a backdrop.

Notable local talent: A lot of reliable local character actors (Robert Higden, Larry Day, Kwasi Songui, etc.) fill out small roles throughout, but the most exciting appearance is probably by ageless, intemporal newscaster Mitsumi Takahashi, who plays (gasp!) a Chicago newscaster, an act of fictional treachery that could have cost Takahashi her career had anyone seen or cared about King’s Ransom.

Most egregious local landmark: Hard to say. There’s a long car chase scene that was shot along Notre-Dame in Lachine, evidently a street with a certain cachet that cannot be found anywhere else in the world. There’s a fleeting glance of the Turcot Interchange as well, immortalizing that concrete aberration for all time.

As much as I think I know about making movies, Hollywood accounting and finances continue to astound me. From a purely logical point of view, I can’t imagine how shooting a mid-budget comedy designed to fill afternoon slots on TBS could benefit from flying most of its cast and crew out to the frozen tundras of Canada, but I guess that’s why I’m not in accounting. There’s really no reason for King’s Ransom to have been made here, and there’s not really much in it for us to be proud of; in some small way, we could perhaps take part of the blame for putting a spoke in the wheels of Anthony Anderson’s career as a leading man.

Anderson plays Malcolm King, a conniving businessman (his business is never quite established, but it does seem to involve a Viagra knockoff called Boneagra) caught in a knock-down, drag-out custody battle with his gold-digging ex-wife Renee (Kellita Smith). King is on the verge of selling his company for the princely sum of $25 million (the first of many weirdly low financial stakes in the film); in order to avoid handing over most of the money to his ex-wife, he arranges for the ex-con brother (Charlie Murphy) of his assistant (Regina King) to kidnap him and buy some time. What King doesn’t know is that there are several other ploys to kidnap him, including one by some of his employees (Nicole Ari Parker, Leila Arcieri and Brooke D’Orsay) and one by desperate, dim-witted hoodrat Corey (Jay Mohr, playing a sort of slapstick, proto-Jesse Pinkman).

What follows is an unnecessarily complicated caper comedy that somehow manages to have three separate plot strands running while simultaneously gleaning no laughs from any of them. King ends up staying with Corey and his deaf, chain-smoking grandmother, while Murphy ends up kidnapping a parking lot attendant (Donald Faison) who pretended to be King to impress a girl. The three women try desperately to get their hands back on King, and their jobs which are currently on the chopping block, while the movie’s waves of PG-13 nonsense cascade into each other.

King’s Ransom sank without a trace upon release, and it’s easy to see why: it has all of the boneheaded hijinx of a Madea vehicle with none of the faith-affirming lessons that usually draw crowds to Tyler Perry vehicles. The cast’s efforts are limited to one-note caricatures (that note, more often than not, is strident), the script is packed with obvious jokes and extraneous characters and the film is directed in a flat, impassive way, suggesting a UPN sitcom or bread commercial, that dooms it to be half-watched in hospital waiting rooms for all eternity.

For our purposes, though, King’s Ransom’s biggest flaw is that it manages to make our fair city look like a bucket of ass. To the untrained eye, the Chicago portrayed in this film could be any major, dull-brown metropolis in North America and could therefore be passable as Chicago. To Montrealers, though, it showcases the worst parts you can imagine a tourist seeing: the parts they might see out the window of their hotel and the ones they might drive through on their way back home. Thankfully, there’s precious little that connects the city in King’s Ransom to Montreal, so it can remain a mere footnote in history and a bunch of sweet paychecks for many. ■