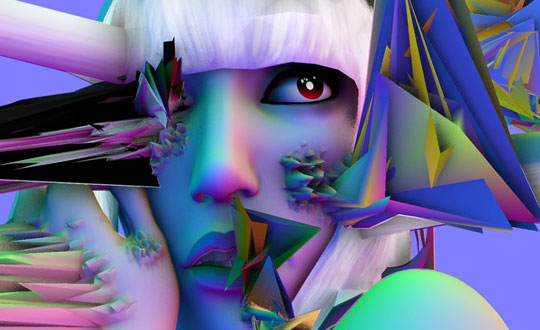 Montreal’s film festival season may reach fever pitch in the fall, but there’s still plenty going on as we head into December. This weekend alone, Montrealers can check out the sixth annual Montreal Brazil Film Festival at Cinéma du Parc (3575 Parc) and/or the 11th annual Sommets du cinéma d’animation at the Cinémathèque québécoise (335 Maisonneuve E).

The fest also features tributes to two filmmakers working on opposite ends of the contemporary animation spectrum. Montrealer Stephen Woloshen draws directly onto celluloid, making films without a camera in a tradition that has grown rare. In an increasingly digital filmmaking universe, Woloshen stays true to old techniques, which he’ll share in a master class (Saturday, Dec. 1, 5 p.m.). The festival is also mounting a program of shorts tracing the lineage from Norman McLaren to Woloshen, featuring films from both artists as well as several contemporary filmmakers (Friday, Nov. 30, 2 p.m. and Saturday, Dec. 1, 1 p.m.).

On the other hand, 27-year-old Irish-born, L.A.-based provocateur David O’Reilly has fully embraced the digital universe. His videos mash up deconstructed 3D techniques, bargain-basement animation programs and internet memes with violent, nihilistic humour and hallucinatory visuals. If the Cinémathèque has been accused of stodgy programming in the past, this programming decision almost single-handedly rights that balance. (O’Reilly will present a program of his shorts Friday, Nov. 30, 9 p.m.; the program screens again, sans director, Sunday, Dec. 2., 5 p.m.) Note: although the Sommets website is quite English-deficient, both Woloshen and O’Reilly’s presentations will indeed be in our oppressive colonial tongue.

Meanwhile at the Parc, the Brazilian fest opens with Until Luck Do Us Part, a comedic drama about a man who squanders a lottery fortune (Friday, Nov. 30, 9:15 p.m.). Other highlights include Rio Disco 70, a documentary about social changes in Brazil’s cultural capital during the 1970s, which will screen with directors Patricia Faloppa and Mauricio Branco in attendance (Saturday, Dec. 1, 5:15 p.m.); The Clown, Brazil’s submission for this year’s Oscars (Saturday, Dec. 1, 7:15 p.m. and Thursday, Dec. 6, 7 p.m.); Artificial Paradises, a drama about young love and drug trafficking (Monday, Dec. 3, 7 p.m.) and Dirty Hearts, about post-WWII Japanese immigrants to Brazil (Tuesday, Dec. 4, 9:15 p.m.). Check the full schedule for your personal picks to momentarily escape the encroaching cold. ■