Once a bastion for generation-defining rock music, the U.K.’s vast grazing fields have produced a paltry yield in recent years (feel free to blame Britpop nostalgia and Simon Cowell for that). Then again, Mercury Prize-nominated Scottish quartet Django Django would sound weird in any era.

Their eponymous debut crams about as many influences as humanly possible: from rockabilly to Afrobeat, to surf to Spaghetti Western, all tied together by a galloping groove designed to get 2 a.m. drunks on the dancefloor. They also turned heads early on for wearing garish, matching outfits on stage.

Although drummer Dave Maclean and guitarist/singer Vincent Neff were friends in Edinburgh, it wasn’t until both were living and working in East London that they finally got their long hypothetical musical plans off the ground. “We would meet at the pub and discuss doing something,” recalls Neff, “but in Scotland, the pub would always get in the way.”

I called Neff (who was somewhere around Hollywood at the time) and conversed about recording in a cramped flat, coconuts, costumes and the influence of Maclean’s brother’s famous band.

Erik Leijon: Is it true that most of the drum sounds were done on computer?
Vincent Neff: It’s a mixture. We didn’t really have a drum kit, we had a floor tom and a snare, then we had little shakers and washboard-type things. We also used whatever we could find around Dave’s flat: milk bottles, deodorant cans, phone books. We did the kick drum electronically because he was living in a flat with other people and we didn’t want to piss everyone off. We worked with what we had.

EL: Did those restrictions change the way you wrote the songs?
VN: Yeah, I think so. I’m not really all that into rock drum set-ups where all the microphones are perfectly placed. We’re into music that was potentially played with unorthodox items where you can’t recognize what the sound is. The way we treated rhythm, you could tap things that you wouldn’t consider and get good results. It was out of necessity, but we wanted it to sound more like Krautrock. Like Kraftwerk percussion: sounding slightly electronic, slightly live.

EL: Is that what gives the album its steady, groovy pace?
VN: It’s a sort of motorik rhythm, or Italo-disco, or an acid house groove, we love all those things — we all like having a locked rhythm. What we were aiming for at the time was to do club nights where we play at one or two in the morning, where you want to find a groove for people to dance to, so it made sense to move in that direction.

EL: You also used a coconut as percussion?
VN: That was for “Love’s Dart,” which gave a galloping sound to it. There was a good Caribbean market around the corner — and we had to get lunch anyway — so we went out, bought the coconut, cut it in half and put in on the track, hoping it didn’t sound too wacky.

EL: Do you use a coconut live?
VN: Yeah, I’m normally the one who has to buy them; they get stolen from the front of the stage, people reach over and grab them as a memento. I go straight from the airport to a good market, and I’ll buy four at a time, cut them all up and take them in a case, so if they get stolen I have a back-up.

EL: Do you guys still wear matching costumes on stage?
VN: It’s toned down a bit from where it started. In the early days, it was okay to have a bit more fun with it, because at the end of the day, most of the people were drunk and only remembered what we were wearing. We started with matching safari suits that each had slightly different pastel colours. Then we wore these medieval tunic/smock things with tights, and curtain ties for belts — not that flattering, to be honest. We stopped wearing them the night we signed our record deal. We played a gig straight afterwards and the label boss was the guy who signed Daft Punk, Justice and Air, and he came along. He’s a very dry-weathered kind of poker-faced French guy, and when we got off stage, he told us to never wear those outfits again.

EL: Dave’s brother John was in the Beta Band, and you’ve been compared to them at times. Were they much of an influence on you?
VN: I knew a couple of their tracks, but I hadn’t seen them live and I never had any of their records. Dave and his brother come from the same musical place, but for the rest of us it’s only a minimal amount of influence — it wouldn’t be the first thing that would jump in my head. I can hear some similarities, maybe, in the production. [Beta Band singer] Steve Mason had a way of singing that was a bit un-flourished, and I sing a bit like that, but he was in choir for years and that’s the way he sang, it’s just that one voice by itself made it seem odd. I sing that way just because it’s how I’ve always sung. I think Dave maybe recognized the similarity and felt the Beach Boys-style layering would fit my voice. I see some influence but I don’t see it as strongly as others make it out to be, but maybe I’m too close to it. ■ 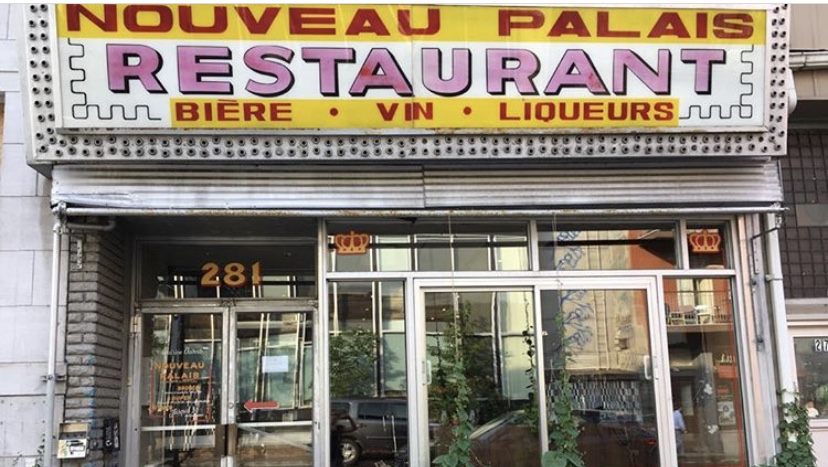 Home of one of the city’s best burgers.