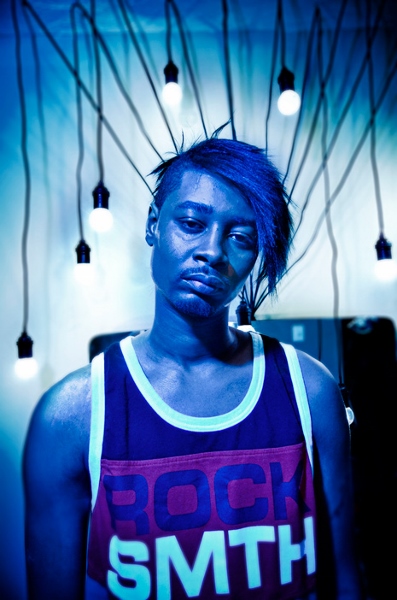 We caught up briefly on Tuesday at noon, not typically meet-the-press time for the average nighthawk rap star. Currently touring with Harlem’s A$AP Rocky, Schoolboy Q and Flatbush Zombies, I decided not to ask what the unholy scream I heard in the background was before he ducked into the hallway to speak.

Darcy MacDonald: It’s pretty early in the day to interview a rapper!
Danny Brown: It’s not early for me, man. I’m usually up around eight!

DM: So how was Danny Brown’s summer vacation? Break it down for me.
DB: Well, I pretty much played a lotta shows, buncha festivals, I guess. Goin’ overseas was fun, so some of it was vacation in some sense, when you get a day off. So it was pretty cool. It was one of the best summers I’ve had, I can say that.

DM: You were supposed to play at the Montreal Jazz Fest, and that got cancelled quite abruptly. What happened?
DB: Right now, there’s been trouble with me gettin’ into Canada. So I dunno, maybe, hopefully I’ll be there this time, but we still workin’ in out.

DM: Did you get to the border and get denied?
DB: Nah, they cancelled it. They knew I wasn’t gonna get over there.

DM: Hopefully it’ll work out this time. How has this tour been going?
DB: These shows are some of the funnest times I’ve had! It’s one thing going out playing shows, and then there’s going out playing shows with people you really vibe with. I’m a fan of both of their music, and they’re homies. It doesn’t really even feel like work in some sense, you know?

DM: And you still manage to get up at eight o’clock in the morning?
DB: Yeah!

DM: What did you think of that track, though, man? I thought it was kinda spooky, even.
DB: I love Kitty, man! She’s intelligent. Her music is gettin’ better and better; her shows are gettin’ better. I dunno, it’s just — it’s like I say to her all the time: rappers are, like, born; they’re not really made. And she’s one. She’s just realizing what her calling is, that’s all. She’s getting better at it, and she wants to get better, and that’s one thing that I really like about her. We have the same management and the same booking agent, so she’s just with me all the time, basically.

DM: And does she crush on you? Is she always trying to pull a move on you or what?
DB: She has a boyfriend now, so it’s not really like that.

The A$AP Rocky show with the A$AP Mob, Danny Brown and Flatbush Zombies, scheduled for Sunday, Sept. 30 at Metropolis, has been postponed. Tickets will be honoured for the rescheduled date.