Though it looked for a millisecond like theatres might open up again at the end of October, the other shoe has dropped.

That means no movie theatres for the next month, and thus no theatrical releases. It’s possible that some scheduled titles will make their way to VOD, but as of press time, most of the films scheduled for theatrical release in Quebec in November are simply being put on hold. This is doubly complicated by the fact that theatres remain open in other parts of the country, which inevitably delays the local VOD release of some titles.

Keeping this in mind, it seems the only mildly anticipated title to definitely make its way to VOD this month is Jiu Jitsu, a sci-fi supernatural martial arts flick starring VOD action lifer Frank Grillo and… Nicolas Cage! (Nov. 20)

Reactions to the trailer for Ron Howard’s Hillbilly Elegy (Nov. 20 on Netflix) were very mixed when it hit the internet last month. This adaptation of a controversial biography by a venture capitalist (!), features extremely deglammed “hillbilly” performances by Glenn Close and Amy Adams, which many described as seeming like an overt parody of miserabilist Oscar bait. Having seen the trailer, I can’t disagree with that, but Ron Howard is at the very least a sure-handed director.

Alan Ball, creator of Six Feet Under and True Blood, hasn’t had much of a film career outside of writing American Beauty and directing the little-seen Towelhead. He follows that debut film up some 13 years later with Uncle Frank (Nov. 25 on Prime), a road movie starring Paul Bettany as a gay man who confronts his past and his family. The film won the Public Prize at Deauville earlier this year.

It’s a heavily Christmassy month over at Netflix, with no less than four Christmas films being released in November. In order of interest, I’d list them in the following order: the Dolly-Parton-as-angel fantasy Christmas on the Square (Nov. 22); The Christmas Chronicles 2 (Nov. 25), which greatly upgrades the Kurt Russell-starring original by adding Goldie Hawn and Chris Columbus in the director’s chair; Jingle-Jangle: A Christmas Journey, which has the worst title of the four but also stars Forest Whitaker and Keegan-Michael Key; and finally Operation Christmas Drop, which does not appear to be a Yuletide-themed remake of the improbable elephant-based war comedy Operation Dumbo Drop.

Riz Ahmed stars in Sound of Metal, in which he plays a metal drummer who suddenly damages his hearing in an irreparable way, which forces him to relearn just about everything he ever knew. Much of the film focuses on his coping with sudden hearing loss through inventive sound design, and the film was made with ASL speakers in mind. Life in a Year is a teen drama starring Cara Delavigne as a dying teen whose boyfriend (Jaden Smith) decides to make her final year on Earth worth it. If those actors sound a little old to be teens, you’re not wrong — the film has been sitting on the shelf for nearly three years, a fact that has certainly not been helped by the presence of noted creep and sexual predator Chris d’Elia in the cast.
On DisneyPlus you can stream a new adaptation of Black Beauty from director Ashley Avis. Mackenzie Foy (Interstellar) and Kate Winslet star in the film, which is available to stream on Nov. 27. It’s an altogether bottom-heavy month as streaming services prepare suitable content for American Thanksgiving. ■

This article was originally published in the November issue of Cult MTL. 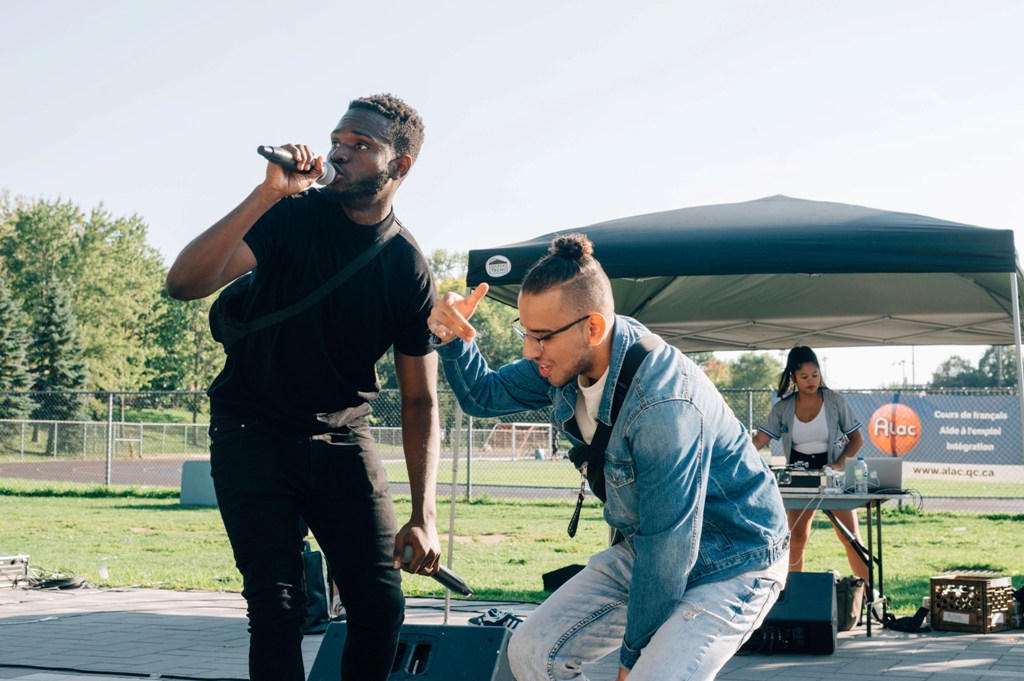 Let’s not even bother to explain why the 15th annual edition of Montreal’s Hip Hop You Don’t Stop festival happened virtually this year. Let’s ignore the fact that eating tacos in the park while music, dance battles and mural painting, coupled with live shows, speaker sessions and events usually scattered around the city for one […]

The outlandish premise of a grizzled Santa Claus having a hit put out on him by a naughty child is treated extremely seriously in Fatman.