This Is Not a Burial, It’s a Resurrection

In a village in Lesotho, a small landlocked country in the middle of South Africa, 80-year-old widow Mantoa (Mary Twala, an incredible actress who died earlier this year) fights against a decision to flood the land so a dam can be built. She mobilizes her fellow villagers by invoking the land as the landscape of her people’s history. It is a cemetery where her ancestors, her husband, her children and even her grandchildren are buried.

At first, the village sneers at her. They want the payout, and they want “progress,” but it soon becomes apparent that they have little to gain and everything to lose by going along with the government’s decision. The dying village is slowly resurrected. The suffering villagers go to work to clean up their homes. They live out old traditions and begin to laugh again.

Shot on film, This Is Not a Burial, It’s a Resurrection is rich in texture and beauty as the landscape comes alive. The mountains surrounding Mantoa’s home create a barrier separating village life from the world outside. The delicate light of twilight casts the world in shades of blue and teal. As the community and the natural world blend seamlessly, it inspires a sense of otherworldly awe. Beyond the conflict between a village and a distant bloated government, the village becomes a battleground for its inhabitants’ souls and spiritual wellbeing. As men in bright yellow hazmat suits slowly dismantle the village, a real sense of nightmarish urgency takes over. It’s a story about Lesotho but relates to conflicts and measures relatable worldwide where long-established communities are “sacrificed” in the name of progress.

Without question, This Is Not a Burial, It’s a Resurrection (directed by Lemohang Jeremiah Mosese) is one of the most beautiful films playing this year’s Nouveau Cinema. (Justine Smith)

The rape-revenge film has fairly seedy origins. Though it has long been reclaimed and weaponized by feminist filmmakers, the fact remains that much of the foundational blocks upon which the genre is built were born out of prurient, pretty much exclusively exploitative needs. It’s a double-edged sword for many filmmakers — you can reclaim the genre on paper all you want, but the final product has to reflect these politics lest you find yourself just making exactly the kind of crap for the raincoat crowd that the genre was born in. Violation, the debut feature by Dusty Mancinelli and Madeleine Sims-Frewer, is firmly in the reclaim category — but it doesn’t mean that some of the genre’s more outlandish aspects don’t poke through.

Miriam (Sims-Frewer) and her husband Caleb (Obi Abili) show up to a lake house to spend some time with her sister Greta (Anna Maguire) and Greta’s husband Dylan (Jesse LaVercombe). Tensions flare for what the viewer originally assumes is a fairly benign reason, the fact that Greta and Dylan still have a sex life while Miriam and Caleb have grown apart almost entirely. What we soon learn is that tensions have pretty much always flared between Miriam and Greta, and an unspeakable act on Dylan’s part changes Miriam’s life forever.

Told out of sequence and with minimal hand-holding, Violation certainly approaches the rape-revenge genre from a more nuanced and modern perspective than the roots of the genre, which leaned heavily on the escaped mental patient or switchblade-flicking park hoodlum as the perpetrator of sexual violence. Violation puts forth a situation that, sadly, most women could find themselves in — though the way Miriam takes control is more in line with horror movie tropes. Violation is effective and overwhelming, but I have to admit that I find its plastic beauty (the cinematography is extremely slick and polished, which results in the film being interspersed with Planet Earth-esque footage) somewhat incongruous with the topic. It’s obviously deliberate — why film something ugly with additional ugliness, after all? — but there’s also something distancing about the visual style. (Alex Rose)

Running at just over an hour, Sol Berruezo Pichon-Riviére’s Mum, Mum, Mum is an excellent option for those who might not have too much time to dedicate to this year’s festival. With echoes of The Virgin Suicides, this is a film about mothers and sisters. It’s an homage to the bonds between women, young and old, grappling with unimaginable tragedy, leaning on each other for support. Most of the film is gripped in ambiguity. We aren’t quite sure what has thrust the characters into a state of distress, and it takes us a while to understand all the bonds that connect them.

The film adopts a pre-adolescent perspective, and for much of its running time, could be described as a coming of age film. With the adults mostly preoccupied with the trauma of loss, the younger characters bond together to support one another and invent vivid fantasy explanations for the changes going on in their bodies and environments. Mum, Mum, Mum doesn’t necessarily bring many new ideas to the genre but slowly becomes a powerful intergenerational solidarity portrait. Shot in cold hues, the film presents a world fraught with uncertainty and danger. Yet, compassion and warmth manage to break through that horror’s enormity, even in the face of insurmountable grief. Fundamentally, Mum, Mum, Mum is a portrait of strength, resilience and even hope. (JS)

There are essentially two types of scenes in Si c’était de l’amour: long, hypnotic rehearsals in which the dancers take instruction from choreographer Gisèle Venne, and dialogue scenes (usually involving Venne as well) in which they discuss, in nigh-incomprehensible English, their love lives. There’s something very free and easy about the way Chiha frames everything, like a particularly graceful fly on the wall, but the film never really graduates past the point of being a standard behind-the-scenes documentary. The dancers’ personal lives seem perfunctorily explored at best and, in its dullest moments, like onanistic navel-gazing. The dance sequences are considerably more compelling, but they’re not really quite enough to hang an entire movie on. Not this movie, anyway. (AR)

Red Post on Escher Street, the latest film from prolific Japanese filmmaker Sion Sono (best known for Love Exposure, Tokyo Tribe and Suicide Club), revisits familiar meta-textual ground. Centred on a strange collection of aspiring actors, in a comic Rashomon-esque audition process, the film’s first half shifts from different character points of view. We come to understand the different motivations of actors yearning to become the next big star of a famed Japanese filmmaker’s next project. Among them are fame-hungry youths, a cultish fan club and a young widow who wants to pursue acting to live out her recently deceased husband’s greatest wish. A movie about the unsung heroes (and perhaps villains) of moviemaking — the extras — Red Post on Escher Street is a bewildering film about filmmaking like no other. Magical, comic and unpredictable, it brims with eccentric characters yearning to make their mark on the world.

While worthwhile for most Sono fans, this hardly qualifies as among his best work. Running at two and a half hours, Red Post on Escher Street is spread rather thin (the length itself isn’t the issue — Love Exposure is over four hours long and perfect). The film’s middle section, in particular, drags out far too long. Yet, as the set-up begins to pay off in the last act, the movie does have a way of picking up. The final section’s fantastic chaos is well worth the wait and evokes the magic and frustrations of filmmaking like few other films ever have. (JS) 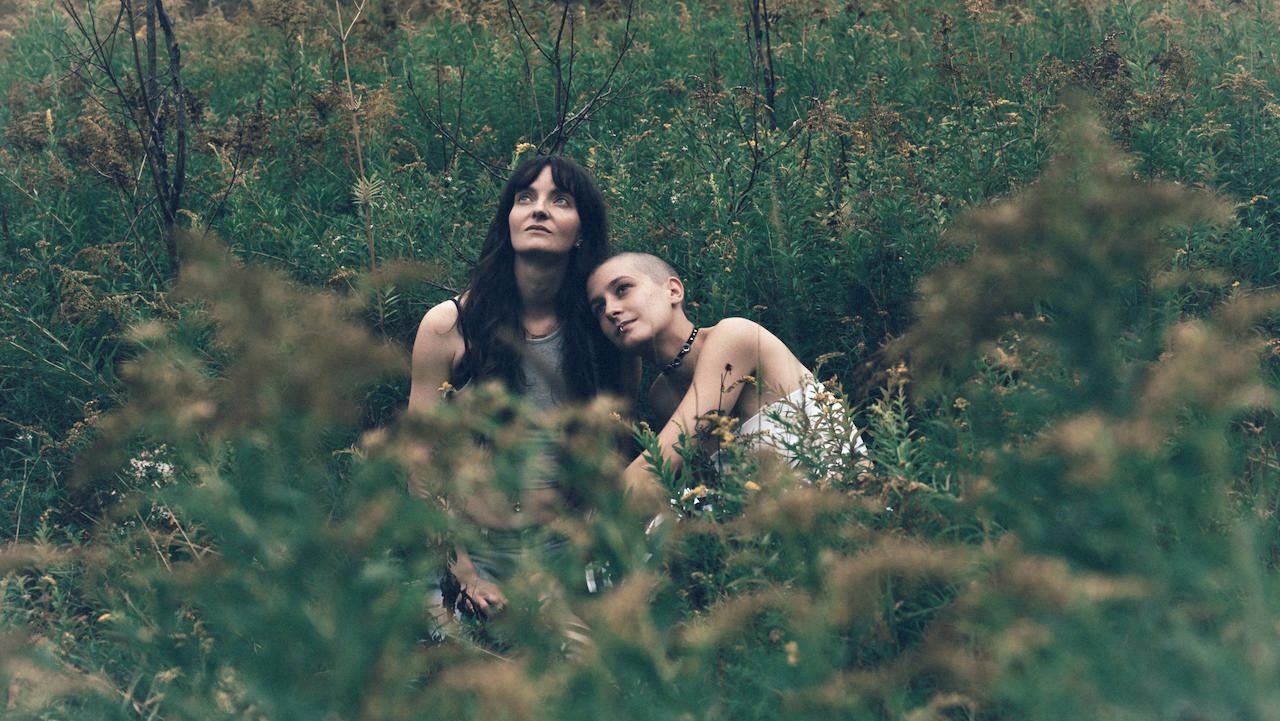 We spoke to the Montreal filmmaker about how his new film was informed by misogynist clichés, vintage Quebec exploitation cinema and the women in front of and behind the camera. 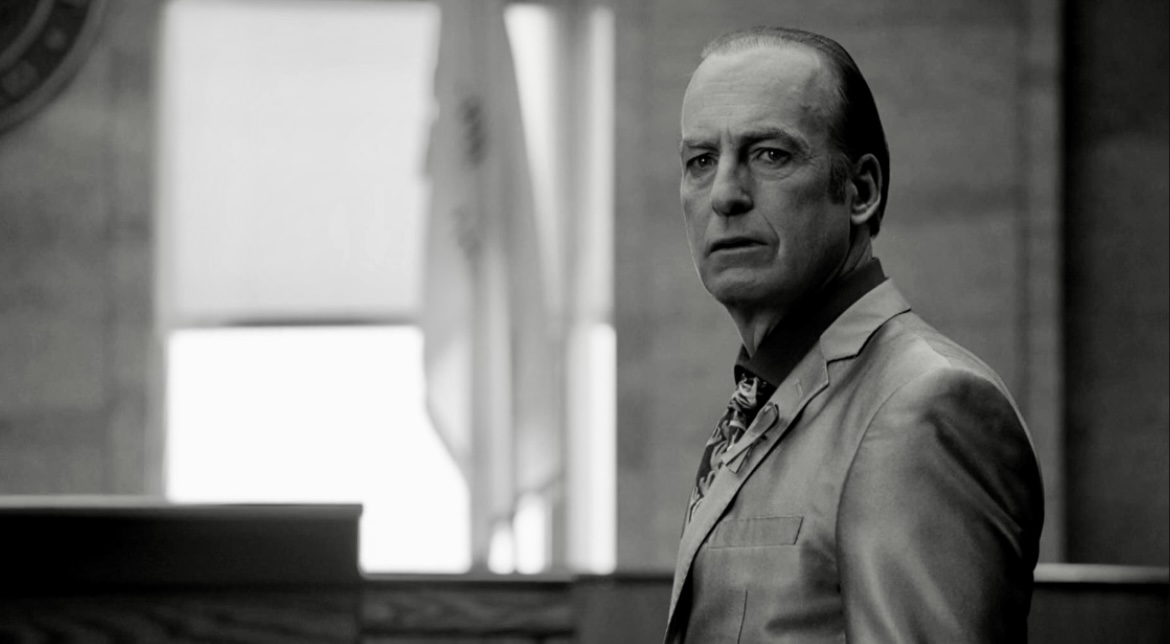