Just like you, my social media feed is occupied with news of Coronavirus devastation. This should be a given as we board the upper curve of the pandemic that is sure to define our generation. The magnitude is not lost — 9/11 seems like merely a bad opening band compared with this current crisis.

Although I’ve been clicking on any nugget of COVID-19 info, I was still taken aback with the announcement of the death of Throbbing Gristle/Psychic TV glimmering star Genesis P-Orridge, who passed away on March 14 atfer a long battle with Leukaemia. The Coronavirus obviously deserves all of the attention it’s currently garnering but I can’t help but feel that an artist as significant as P-Orridge leaving this mortal coil did not receive the regal trumpet blast they so richly deserve.

I was introduced to Genesis P-Orridge in the ’80s when V. Vale’s Re/Search books filled up the shelves of any hip as fug weirdo who dared to burrow further beyond the pale. P-Orridge was featured alongside William Burroughs and Brion Gysin in Re/Search #4/5 as well as their real underground tremor, The Industrial Culture Handbook (Re/Search #6/7) and I was quickly hooked as I was given a glimpse into P-Orridge’s netherworld. For a still teeny Johnson weaned on late-night Brave New Waves radio on CBC and local Toronto college station CKLN, this was revolutionary writing that beamed bright light into my grey suburban cultural void.

As a young Mancunian, P-Orridge was just reaching teenagerhood during the British Invasion of ’64 and like everybody of that age was rather susceptible to the rock ’n’ roll bug. Their main infatuation at the time was the Rolling Stones, chiefly Stones guitarist Brian Jones, who would remain a huge influence to P-Orridge right up until his death. As the Stones breezed from Chuck Berry covers to their “bad trip” of Altamont, P-Orridge also felt the pull of the darker forces of the late ’60s. By the early ’70s, P-Orridge would join forces with future Throbbing Gristle bandmates in a performance art collective called COUM Transmissions. COUM Transmissions would directly confront the viewer with graphic sex, serial killers, dadaism, surrealism, occultism and wanton violence in an effort to shake the status quo out of their comfort zone.

It was in the years following COUM Transmissions that P-Orridge would really start leaving an impact that is still felt today. Depending on which story you read, P-Orridge is cited as introducing “industrial music” into our lexicon. Whether it was P-Orridge who ushered the genre into the world or not is up for debate but they were definitely at ground zero and would later be rightfully known as the Godfather of industrial music. In the proto-punk year of 1975, Genesis — along with COUM Transmissions co-conspirators Cosey Fanni Tutti, Peter Christopherson and Chris Carter — would launch one of underground music’s true pioneers, Throbbing Gristle (slang for an erect penis). Choosing not to have a drummer so as not to fall on beaten paths, they broadened their sound with an early interpretation of the sampler utilizing four Walkmans, found sounds and hammered fists on guitar necks while P-Orridge led the whole charge with rudimentary, rhythm-based bass playing while caterwauling songs like “Haaaaaambuuuuuurgerrrrrr Laaaaaadddddyyyy” over the din of feedback and other deviant audio squelch. Throbbing Gristle’s aural assault on the senses made the punk rock of the day seem completely pedestrian by comparison.

After completely changing the narrative with Throbbing Gristle, P-Orridge would once again be a force for change by building the framework for what would eventually become Acid House. While combining psych music and dance repetition, their band Psychic TV pilfered from the mainstream while combining dark elements with infectious beats. P-Orridge also practised what they preached in the halcyon days of Acid House, having taken hundreds of Ketamine trips.

P-Orridge became a trailblazer for transgender rights in their later years, receiving corrective surgery to physically take on the form of their wife Lady Jaye. After Lady Jaye’s death in 2007, P-Orridge poured himself into his work and became known as one of the best lecturers to hit the circuit.

If you’re getting the urge to dig into P-Orridge’s many-splendored career, check out their lectures online, then dig into the psych-fuelled jams of Psychic TV. At that point, if you’re not feeling faint of heart, you can bounce between the blips and the bleeps and brutal bludgeoning of Throbbing Gristle. If you’re already there, then you have to get between the covers of P-Orridge’s ultimate tome, The Psychick Bible — 540 pages chock full of true transgressive fun.

Thank you Genesis P-Orridge for making the world just that much safer for freaks like us. ■ 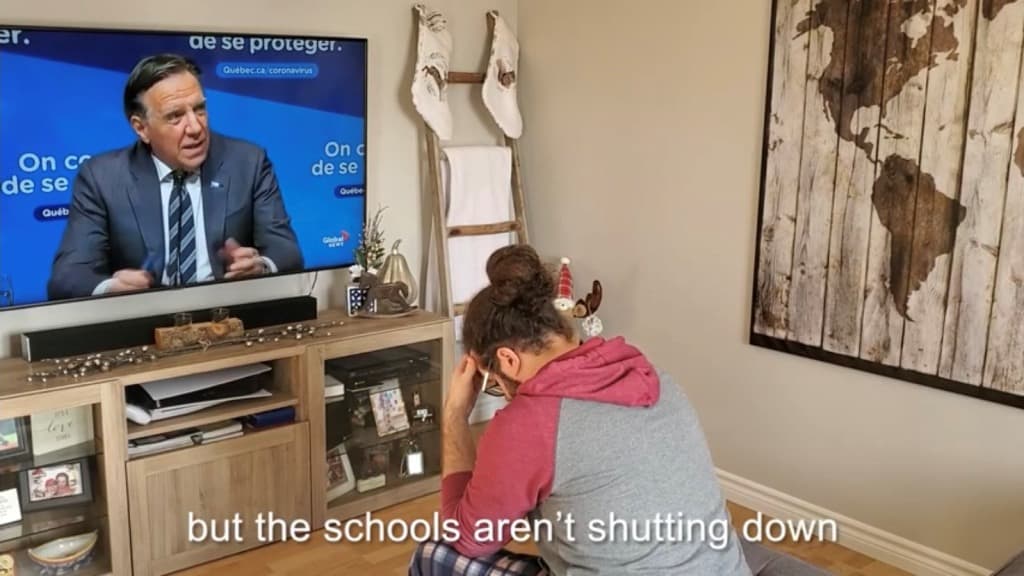 The proportions are a bit off, but still. This is the way.