Santa Teresa has learned from its mistakes. 2018 was rough — on its Saturday, a large chunk of the festival was rained out and cancelled. Though the Sunday was sunny, proverbial dark clouds stormed its billing, with three of its coveted hip hop headliners not making it over the border. Chaos ensued, riots erupted. Some said it would be nothing short of a miracle if the festival came back for another go-round.

While “third time’s a charm” would be somewhat of a stretch, the festival showed significant improvement this year. Santa Teresa dug itself out of the “Fyre Fest Quebec” hole and right back onto its feet.

Before taking to Moonshine back in Montreal later that evening, BAMBII brought the underground to the main stage to kick things off on Saturday afternoon. All of her tracks were virtually “unShazamable,” with edits of various 2000s hip hop and R&B hits giving a contemporary twist to beloved nostalgia. A couple of exceptions aside, these remixes had plenty of girl power — BAMBII saluted legends of the aughts like M.I.A. and Missy Elliott for feel-good fun.

KALLITECHNIS is back from Europe and ready to make some new fans. The singer and her backing band dressed in all of the colours you can imagine, their attire reminiscent of a sunny summer day in the Plateau.

The music is easy-to-enjoy, breezy R&B, the live ensemble adding a jazzy BadBadNotGood feel to the warm tones of the tracks. The cloud-filled afternoon felt warmed up by Kalli’s golden touch (and golden jeans). 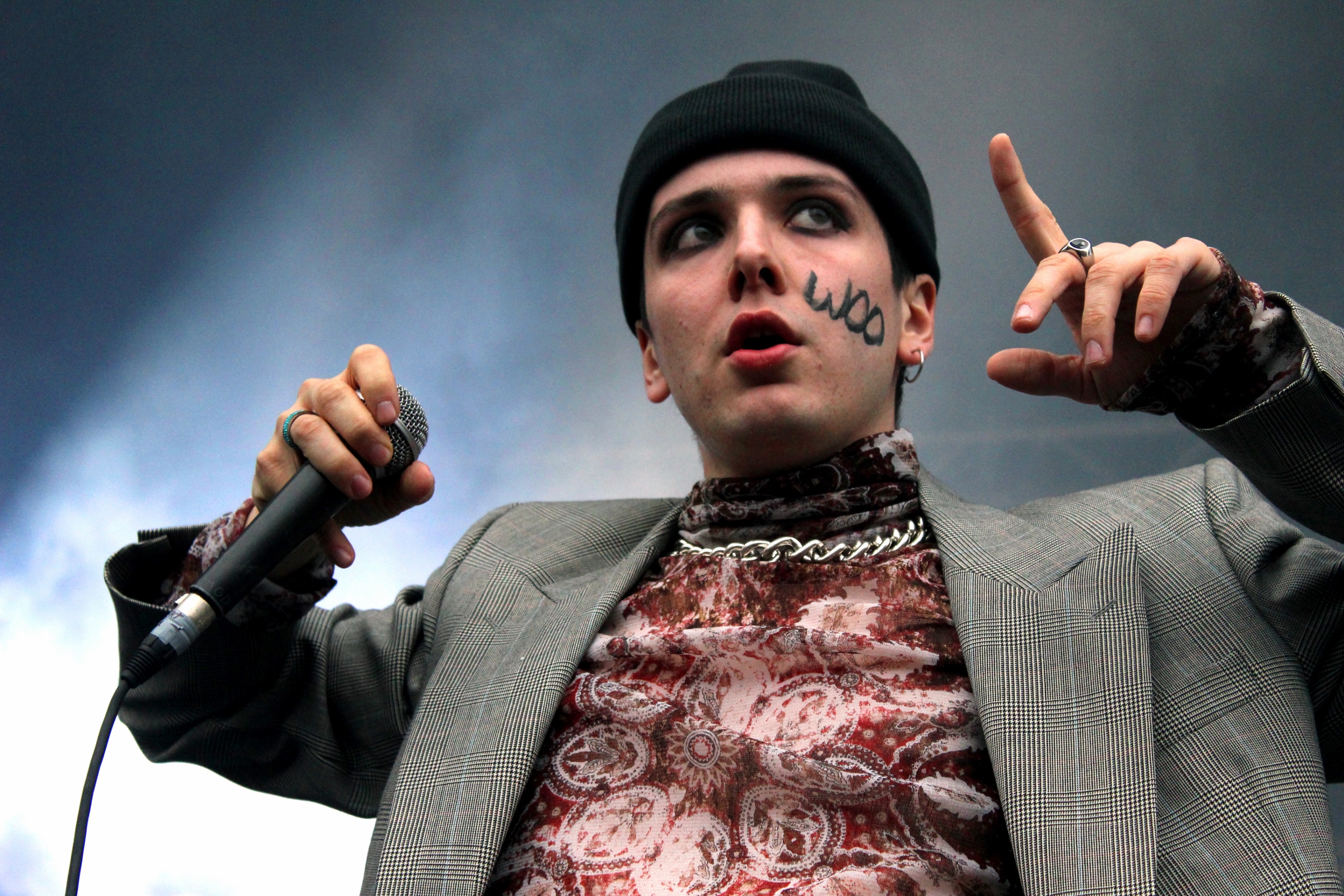 Despite booking acts who tour tirelessly across the province being a general theme across Santa Teresa’s line-up, I had somehow never seen Hubert Lenoir before Saturday evening. With flawless reviews of his performances by and large, my expectations were astronomical — and met.

“I must get her out of my life before she kills me,” the musician says of Darlene, his critically acclaimed debut (I myself put the album in my Top 10 of 2018). Though visibly tired of the project, Lenoir still gives it his all, keeping his levels of high talent on par with his high-octane energy.

It’s safe to say I received the full Hubert Lenoir experience, the singer purposefully pouring a bottle of white wine on me as he played “Fille de personne II.” Tomfoolery ensued throughout the entire set – impromptu makeout sessions with band members, a death metal cover of Katy Perry’s “Teenage Dream” and more. These do not feel gimmicky, though, but rather a glimpse at the singer simply being himself: a carefree 24-year-old with the world ahead of him.

As a music journalist, it’s easy to feel jaded after seeing too many shows. After a while, it takes a lot to excite you. It’s performances like Lenoir’s that remind me why I took this job. 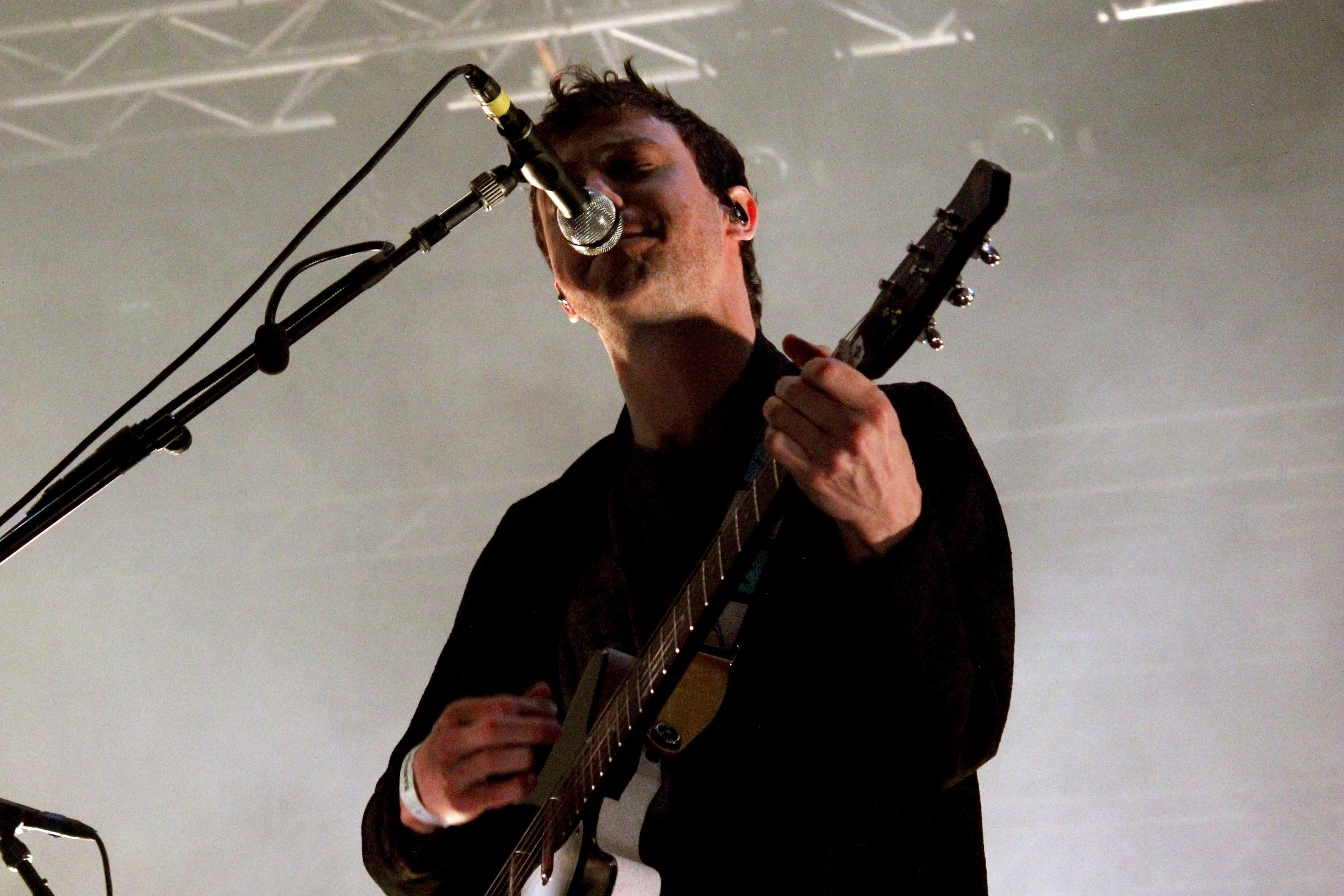 It’s been long-speculated that MGMT have mixed feelings towards their debut album, Oracular Spectacular. The band claim this rumour is all just a big misunderstanding, the omission of “Kids” from their 2010 Coachella set leading people to believe they had grown tired of their smash single.

Well, the band certainly played “Kids” on Friday, but it’s hard to wonder if the hatred isn’t there. The band concluded their Saturday night headlining set with a 15-minute trance version of the song, something that sounded like a passing joke when leading man Andrew VanWyngarden first proclaimed it. Aside from this closer, songs from the set generally bore little difference to how they sound on record — partly impressive on a technical level, though disappointing that the band could not add more flair to their tunes.

Zach Zoya has come a long way since a brief cameo during High Klassified’s set at last year’s festival. At the time, he was a relatively unknown artist who had just scored a feature on the super-producer’s new EP.

Since then, Zoya has steadily built up his foundation, playing shows everywhere from Jazz Festival to Metro Metro a mere hours before. Now he has fans of his own, fans who showed up to Santa Teresa just to see him play. “This guy knows every word!” he said about a young man in the front of the crowd. “He’s seen me at shows with 30 people.”

The short length of his songs allow performances to feel like training drills, particularly the ones lifted from his collaborative project with Klassified, Misstape. This compactness keeps the energy high and the mood light.

“I’m peaking life Eiffel,” Zoya raps on a new joint, but just over a year after his professional career began, this only feels like the tip of the iceberg. 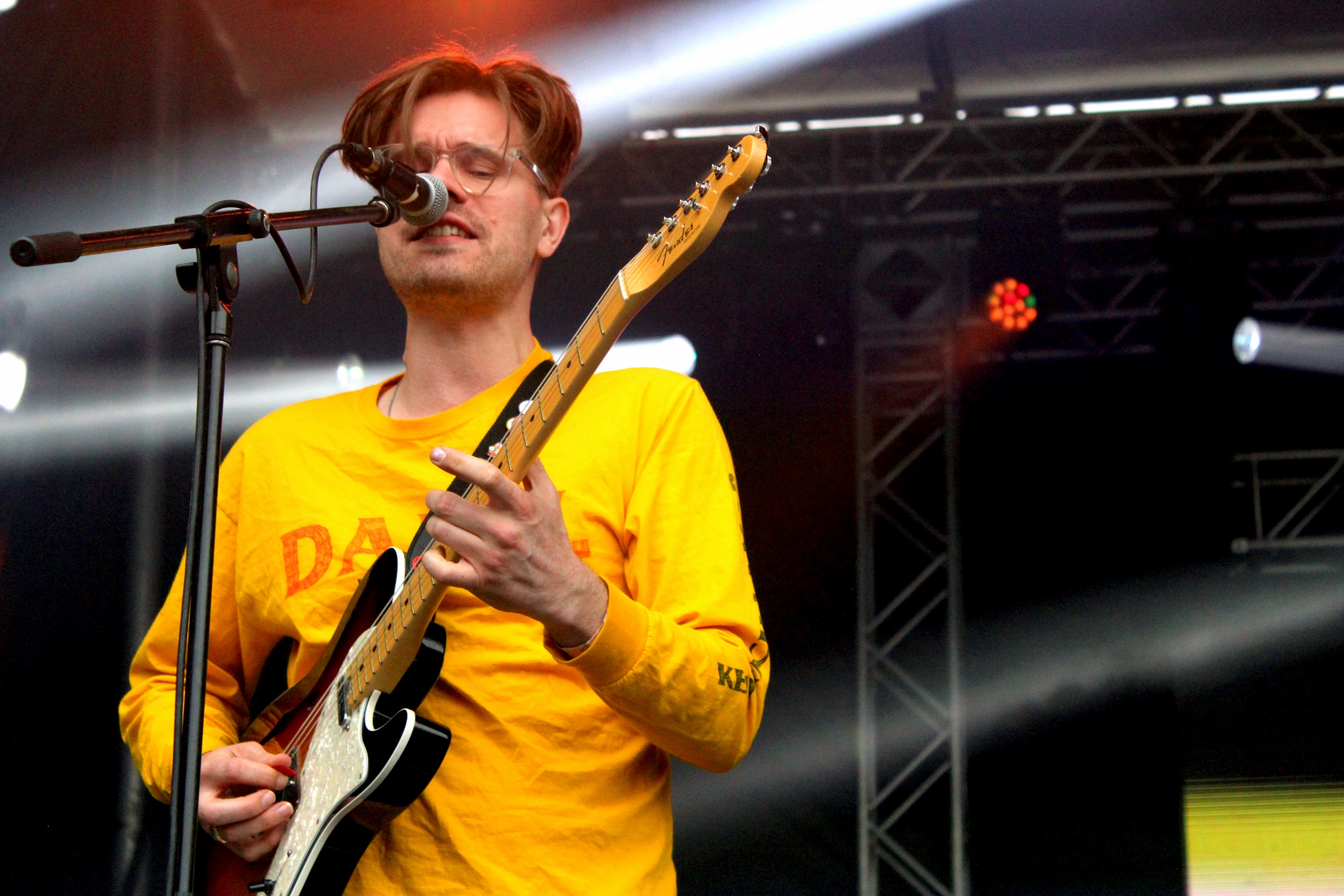 PUP tour so often that their 2018 absence in the city felt like a lifetime had gone by without seeing them.

Despite consistent moshing and walls of death, the Toronto boys appeared rather disappointed with the crowd.“Thank you for being such a polite crowd,” lead man Stefan Babcock stated rather sarcastically. The band have already added a new Montreal show, so the city will have their shot at redemption in no time.

The Capital city artist was lacking direction more often than not. There is lots of pain in his lyrics and the laziness of his performance did not allow it to transpire. Like many rappers of this generation, Lovell uses a backing track with vocals, though does not even do the bare minimum of singing along most of the time. Learning not to phone it in could make the difference between a few solid years or being able to do this for years to come. Hopefully, Lovell realizes the room for improvement before he is a faded memory. 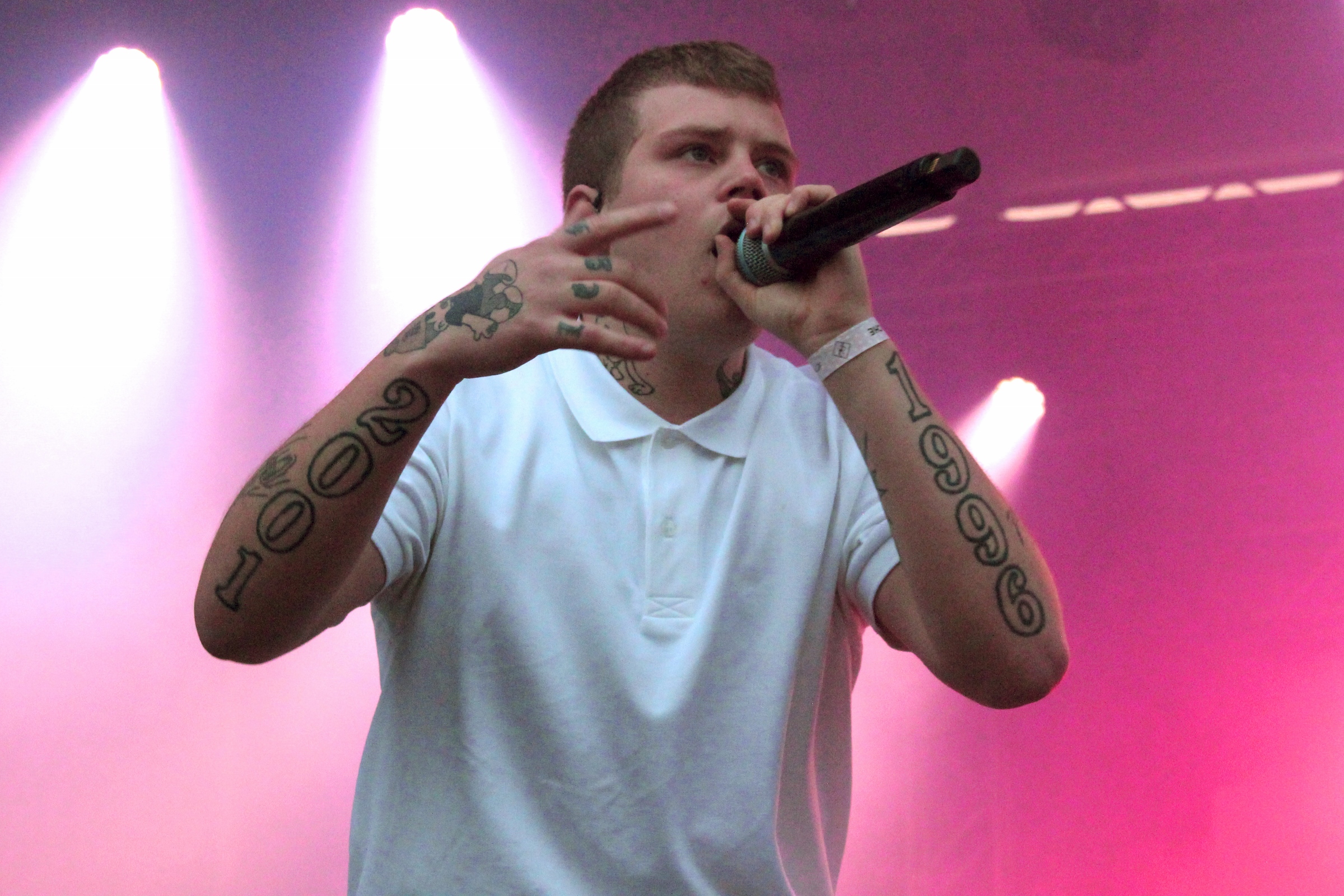 Yung Lean is the opposite of the token rapper one could expect to see at the competing Metro Metro hip hop festival down by the Olympic Stadium. The self-proclaimed “Sad Boy” served as Santa Teresa’s sole international rapper, taking to the stage quite fittingly after some serious rainshower.

It’s hard to say that I feel more acquainted with the rapper after all of these years following his career. The Swedish sensation first stepped out onto the scene in 2014 and has shown little to no artistic development in these five years. Lean seems just as disinterested in his own performance as he did at Osheaga in 2017, and other ventures to the city beforehand. The early years of Lean seemed supernatural. These days, his shtick feels more like a magician who has run out of tricks. The rapper has restricted himself to a plateau, his music taking a backseat to his tiresome image.

Concerts in a church always have the potential to be a unique experience. In 2015, I witnessed a crowd of middle-aged folks collectively lose their shit to a Giorgio Moroder DJ set at POP Montreal. Sunday night saw American Football make a crowd of 30-something-year-olds collectively cry at Église Sainte-Thérèse d’Avila.

Not only was this the first time the band played the province but also, “We’ve never went to church together In Montreal,” joked member Mike Kinsella.

Admittedly, American Football was not a band I had been particularly well-acquainted with beforehand, and this was an incredibly fitting venue to hear them in for a hopeful fan. Breathtaking acoustics made talking a no-fly — the faintest cough could be heard from across the room. Two completely improvised encores showed these math-rock heroes’ knack for fitting in unusual spaces, with skills that could even make Jesus Christ himself shed a tear.

Despite a slight rainshower, Santa Teresa 2019 proved to be far more of a success than either of its preceding editions. With Metro Metro gobbling up all of the hip hop talent, the festival had no choice but to revert to its indie roots. Its cozy setting serves as a love song to the town of Sainte Therese, giving its population a taste of the big city excited by its charming local venues and the talent within. ■