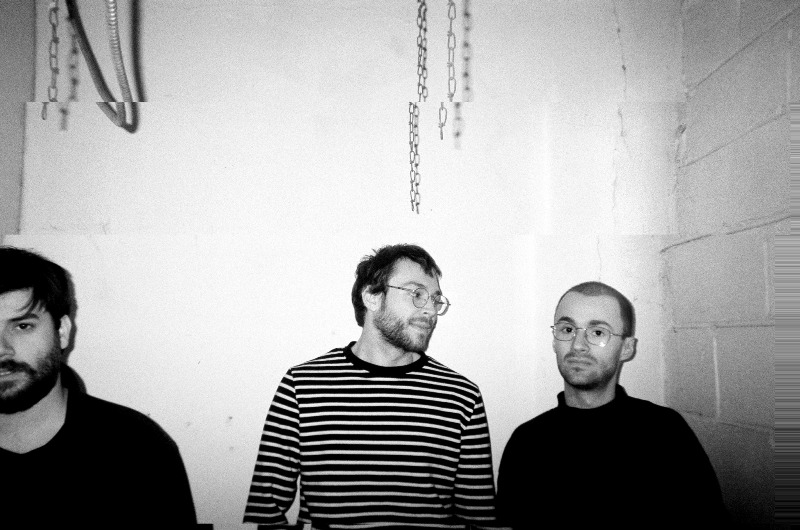 Reverberations of contemporary and classic post-punk and dark wave are heard and felt through Le jardin des mémoire, the debut album by Montreal band Bleu Nuit. Their sound has a personality of its own, however, given frontman Yan Skene’s vocal style (a leathery whisper), the fact that he sings in French, the band’s particular blend of pop tendencies and unconventional progressions and the midas touch of producer/co-arranger (and onetime Malajube dude) Julien Mineau.

Between last week’s release of the LP by Michel Records and the launch coming up this weekend, I checked in with Skene to find out more about Bleu Nuit, which also features guitarist Nicolas Gaudreault, bassist Maxime Sanschagrin and drummer Marc-Antoine Sévégny. (Incidentally, the band borrowed their name from a semi-legendary softcore-porn movie program that used to air on late-night TV in this province, and which people of a certain age will remember.)

Lorraine Carpenter: How and when did you guys meet? Where are you from?
Yan Skene: Nicolas and I met in Montreal but I’m from Boucherville and Nicolas is from l’Île Perrot. At that time, we felt the need to create something different because both of our respective projects were coming to an end, so we thought it would be nice to get together and collaborate.

LC: Did you bond over something in particular, like a song, a band or a subgenre of music?
YS: We’re definitely into the sound of bands like Preoccupations and Women. Closer to us, we love the music of French artist Julien Gasc — he’s featured on “La sauvagerie” — and the Montreal band Corridor. We both studied cinema in college and I think this reflects a lot in our music. ICI Musique qualified our style as a form of “post-punk cinema” and we feel it’s pretty accurate! There is also a big influence coming from the late ’70s U.K. punk scene and I think you can hear it on our debut album because we were listening to Joy Division and the Buzzcocks at that time.

LC: Was there a particular moment hen when you clicked as a band?
YS: Yes, it was when we toured. That’s where everything took shape. I mean, long hours drive can be boring but we always manage to have some fun. Recently we even recorded a trap album on an iPhone when we were on the road. Coming soon on Soundcloud I guess, haha! But yeah, we mostly like to hang together, and as a band, we felt that with the release of Le jardin des mémoires things might get very serious, so it was time to be solid.

LC: What was the most important lesson you learned when you were making your album?
YS: Be patient. Drink a lot of water. Eat good food. To create something unique you need to be focused, but also be willing to push your limit and be spontaneous — this is what happened on the album. Oh, and always bring a fan if you can. Things can get crazy hot when you record in a small basement at the end of summer with a lot of analogue machines.

LC: What is your favourite part of being in a band?
YS: As the leader of the band, I really like to take care of my bandmates because they give life to my music. So I always make sure that the car or the hotel room don’t get messy, also because I’m a Virgo, haha! Plus, it’s always fun to see our public and the surprises on their faces as we play our songs live. They look like a deer almost getting hit by a car. I said almost because I don’t want any animal getting hurt. Did I mention that I’m a Virgo? ■