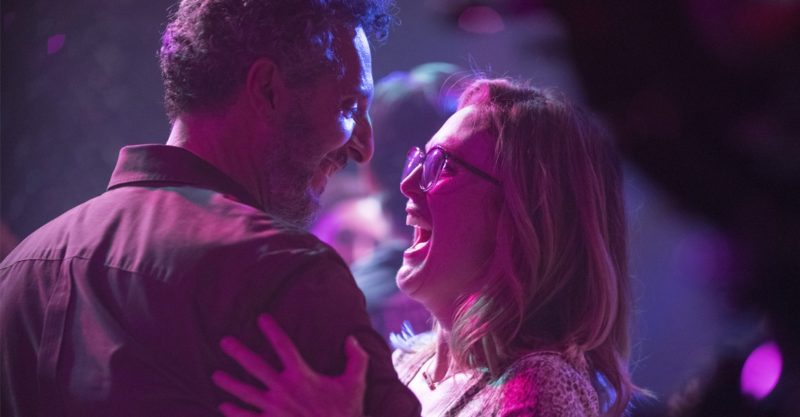 Have you ever really listened to the lyrics for Laura Branigan’s iconic early ’80s classic “Gloria?” It’s dark: way darker than its upbeat post-disco sound might have you believe. It also seems to chart along the same trajectory as the titular character in the new Julianne Moore vehicle Gloria Bell, directed by Sebastián Lelio. Like the song, the film charts the ups and downs of a woman named Gloria who’s in search of love.

Gloria Bell is a 50-something divorcee trying to find meaning in life. She has a routine, which includes regular visits to a discothèque and taking care of her now adult children. A hairless cat keeps finding its way into her apartment and her upstairs neighbour is going through a violent nervous breakdown. At the club one night she meets a dashing man, Arnold, played by John Turturro. He’s recently divorced and jumping back into dating for the first time.

Whether or not it’s meant to be read as an interpretation of the actual song “Gloria,” the song’s lyrics often feel like a guide for understanding. Most of the film operates under the general atmosphere of the phrase, “I think you’re headed for a breakdown, so be careful not to show it,” as Moore’s performance is all about the labour of happiness. We watch as Gloria goes through the motions of her routine, in particular her constant negotiations in pursuit of joy. Even as her world is falling apart, she always tries to pull it together and, for the most part, succeeds.

Gloria Bell is a movie that doesn’t position love or happiness as things that “just happen,” but rather ideas we are constantly working towards. Gloria is constantly making decisions to choose optimism or hope, even when it might be safer for her emotional health to just step away. As strong as Gloria is, one almost has the feeling that if she were to give in to sadness for just one night, the whole world she has created might fall apart.

Moore’s performance manages to hit all the right notes, even as the screenplay often demands her to embody contradictory emotions. Most of the heaviest scenes are as hopeful as they are hopeless. There’s a specific way, at one point, where she repeats the phrase “naturally alone again,” that manages to channel her character’s resignation and her strength. While Gloria wants love, she’s more than willing to commit to the pleasures and disappointments of being alone as well.

This balance between needing companionship and maintaining dignity is at the heart of the film’s narrative tension. Gloria feels so real you can almost imagine knowing her. She’s flawed, beautiful and loving. She often doesn’t see the big picture but is also infinitely adaptable, thinking and feeling her way through a number of difficult scenarios. There is a deep sense that Gloria is constantly diminishing her desires and impulses as a way to protect her emotions. The small leaps she takes feel monumental because of the high walls she’s built to protect herself.

The film works so well as a showcase of performance, even beyond Moore, because the structure favours intimacy. This isn’t a film about big gestures and showy scenes as much as it is about restraint. Cinema, more than the other visual media, is about translating what’s lying below the surface of the world. The movie resonates largely because it is so effective in translating the interiority of characters, finding beauty and tragedy in faces, environments and interactions.

Gloria Bell is the kind of film that grows on you. Like the Laura Branigan song, it is a bit of an earworm and even if you’re not sure you like it, you can’t escape its grasp. It’s a movie that really captures the pursuit of love in the scope of loneliness. Days later you find yourself thinking about Gloria and what sacrifices you’d make for love and self-acceptance. ■