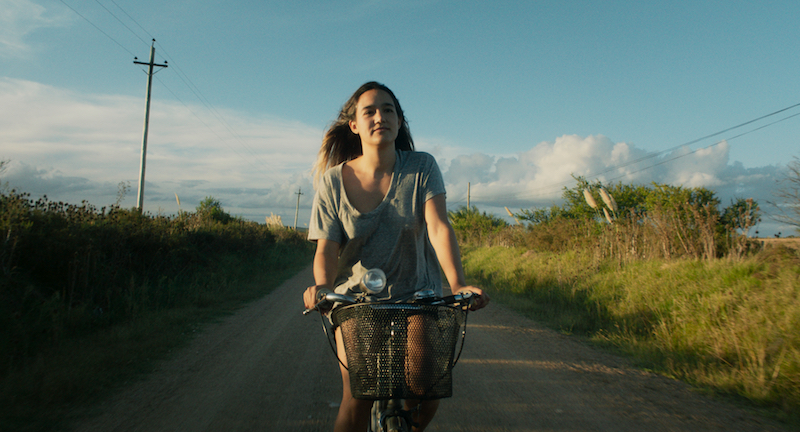 Arlen Aguayo-Stewart in Roads of Paradise

When someone asks Sarah, the protagonist in Katherine Jerkovic’s Roads in February, where’s she’s from, her answer is “it’s complicated.” That’s also what Jerkovic’s official bio on her website says — but Roads in February isn’t exactly autobiographical.

“Apparently, a first feature is almost always autobiographical,” says Jerkovic. “It is, of course, but since I’ve already written a second and a third feature, I’ve made shorts… For me, it’s always based on personal experience and people I’ve known. I think in this case it’s more obvious — a lot more evident. Before this film, I made a short where the main character was a man — it was also quite autobiographical for me, but the fact that it was a man hid it a little bit. I guess for this film I wanted to be more honest about that. There are many things that come from experience, but then again, it’s a long writing process in which you find a lot of fictional elements to make it work.”

Sarah (Arlen Aguayo-Stewart) travels to her native Uruguay after a decade living in Canada with her parents. She shows up in her grandmother Magda’s (Gloria Demassi) sleepy village more or less unannounced, which both pleases and disrupts her stubborn, set-in-her-ways grandmother. The two begin a tentative cohabitation, with Magda expressing disappointment over her granddaughter’s perceived lack of ambition (she’s dropped out of school and works as a bartender) and Sarah’s feelings about her late father, who never made it back to Uruguay to visit his mother before his untimely death.

“I still have family in Uruguay and Argentina,” she continues. “I’ve travelled to visit them, and I was very fond of my paternal grandmother, although she lived in Argentina rather than Uruguay. Spending time with her inspired the ambiance of the film and the culture clash of this sharing of daily life. This feeling that it’s very banal and quiet and there’s not much going on — but there is a lot going on, after all.”

Roads in February explores the unevenly balanced relationship between Sarah and Magda; they’re grown-ups who have known each other all of Sarah’s life, but have never spent time as adults. There’s a sense that Magda needs Sarah to be not only like her son, but to somehow be him in his absence. This creates an incredible unspoken tension between the two protagonists. There are moments in Roads in February that feel as tense as any thriller, and yet what you see on-screen is just two women putting away groceries. 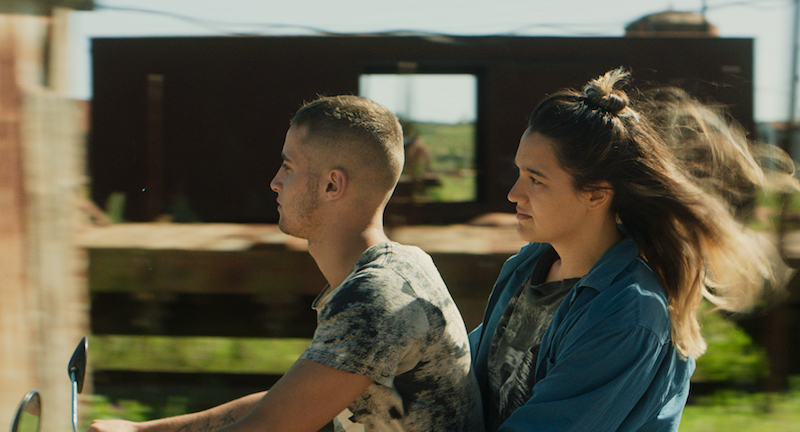 “It’s a complicated relationship because they have known each other for a long time, but not as adults,” says Jerkovic. “Sarah is shaped by the culture up here and her experience with it, which makes them very different. For me, I think all that stuff is pretty common in movies: the culture clash, the learning to know each other again. For me, what was a bit special and what I tried to put in there was this idea that, even though she was fond of me, my grandmother was expecting my father. My father just didn’t come and visit, for some reason; he didn’t maintain the link I did. So she was happy to see me, but I was very quickly called to answer for my father. It was strange because, in this sense, it was not an even relationship either. I was going there to see her, but in her affection for me, I could see that she was missing her son and wondering why he wasn’t coming. Sometimes, I was almost a diplomatic representative for my father — and it didn’t bother me, really. I accepted this. That’s what I wanted to show, because I think that relationships are always asymmetrical. Sometimes, you give some sort of love or presence or generosity to someone who isn’t asking for it or doesn’t need it so much. It’s about different ways of loving each other.”

Another recurring theme in the film is this idea of what Jerkovic calls “the fantasy of the better place”. Magda assumes that Canada is a land of endless opportunity and that Sarah is squandering that opportunity by dropping out of school; Sarah assumes that small-town life in Uruguay is so much simpler and less stressful than her life. At one point, she meets a young man from the village who immediately tells him his dream is to move to Buenos Aires, where the action is.

“There are two fantasies, really,” says Jerkovic. “There’s the fantasy of the better place, which is why people emigrate. And then, once they’ve emigrated, there’s the fantasy of the hometown, the past and the nostalgia. The movie is trying to deconstruct these two fantasies, this idea of the lost paradise of home. The idea that there is a place where you’ll come back and really feel at home — I don’t think that exists.” 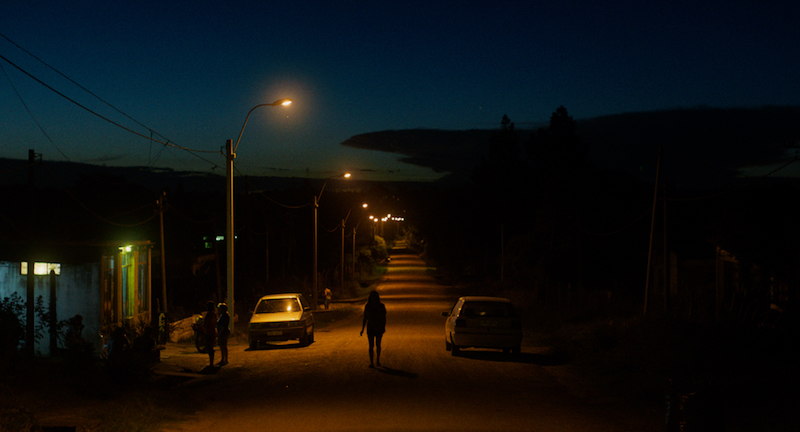 Even though Roads in February was entirely shot in Uruguay and is pretty much 100 per cent in Spanish, it’s officially a Quebec movie, from the funding down to what it explores. (The film won the Best Canadian First Feature Film at TIFF last year and was named among Canada’s Top Ten.) Jerkovic has lived in Montreal for over a decade and, although her background is “complicated,” Roads in February tells a very Québécois story in its own way. It speaks a growing trend in Quebec cinema of filmmakers making films about a different kind of Québécois experience: films made with Quebec money but perhaps shot in a language that isn’t French or English or even shot within the confines of the province.

“As a filmmaker you have to ask yourself ethical questions constantly,” she says. “You have a huge responsibility. Even if you’re getting public funding, you’re making movies – you’re making an object that’s addressed to other people, that people are going to be absorbing and paying attention to. You have huge ethical responsibilities starting from the writing: is this a story I want to write? Is this justified? Am I making easy choices? Am I making common choices? Is my character’s dignity preserved? Sometimes I see movies where they feel they have to victimize their characters in order to build them up again, or to garner empathy from the audiences. I hate this. There’s a lot of it, you know? The poor immigrant having a hard time. You have to be very honest and rigorous with yourself, to really look at what the audience is going to be left with.”

Roads in February opens in theatres on Friday, Feb. 8.