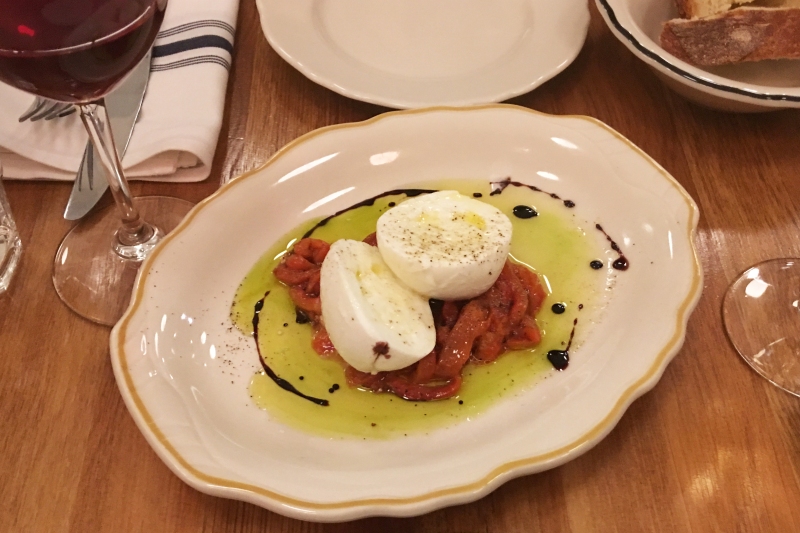 Moccione’s been looking intriguing and cozy to me since it opened in December, on Villeray just west of St-Denis. In the four years I’ve lived in the neighbourhood, it’s been one of those locations where a succession of businesses struggled to survive, but Moccione’s been bustling since the outset. You will be warned, over the phone, to reserve at least three days in advance.

There is something charmingly unpretentious from the moment you walk in. The service is instantly impeccable yet un-intimidating, the servers possessing a friendly conversational grasp of the wine and food that suggests a robust knowledge. The details are definitely calculated, from the massive and heavy flatware to the creamy scalloped edges of the cottage-chic bowls, but all this still managed to feel warm and inviting. 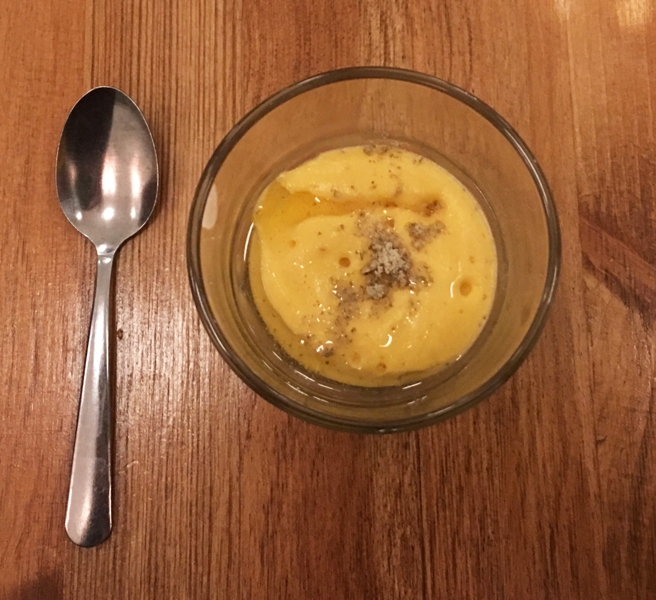 There arrived shortly after we ordered our wine — surprise! — an amuse-bouche of butternut squash foam, clarified butter and fleur-de-sel. Make fun of foams to your heart’s content, but God, that tiny glass of mousse was incredible. It’s what I imagine would careen by on a tray at the kind of tasteful New England country wedding I’ll never get invited to.

Next arrived the large chunk of mozzarella di bufala ($16), arrayed in two half orbs on a slinky pile of roasted red peppers and salsa verde, and gobbled up instantly and greedily by my companion and I on the soft country bread it came with. I will admit that the orange Czech wine I was drinking in tandem (Alba Mixtura, $14) was served too cold. My frigid fingers were no help in trying to warm it up, and it was only for the last few sips that I could really taste that characteristic strangeness — that coppery feeling that someone with taste has poisoned you. No matter, for our mains we both erred with a lovely raw wine from Burgenland, Austria ($10), poured from an immense magnum of the stuff. 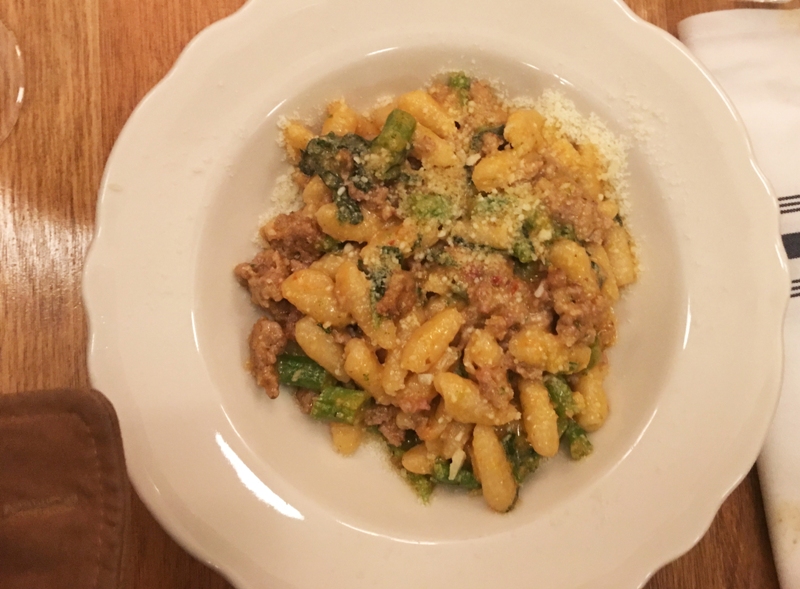 Cavatelli with rapini and sausage

My companion had the cavatelli with rapini and sausage, on special that night ($18), while I took the spaghetti with caramelized onions, lemon and anchovy ($18). Both were shockingly well-balanced, especially the butter/acidity ratio of the spaghetti, rendering it bright and creamy at the same time. Notwithstanding oysters, the menu isn’t separated by entrée and main, but listed in order of ascending price, from a winter endive and parmesan salad ($10) to a pork loin with fennel, gorgonzola and rapini ($23). The arrangement seems to invite convivial sharing, so much so that our server seemed shocked when the table next to us rejected sharing plates and tucked in to their own dinners and theirs alone. 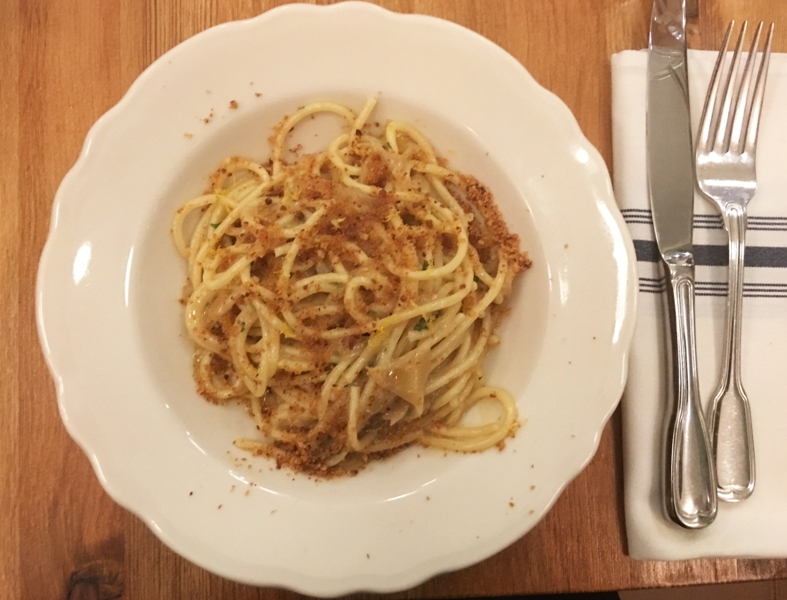 We paid and stumbled out for the icy three-minute walk home, but truly, even if you’re forced to take the bus, this is a lovely spot for a date. The portions weren’t as heaping as I would have hoped, but really, if you’re planning on being agile and winsome into the early hours, maybe being overfull is not ideal? In any case, it’s still pasta, and I left with more or less the right mixture of carb-induced sedation and the lively chattiness of wine and fatty cheese. ■