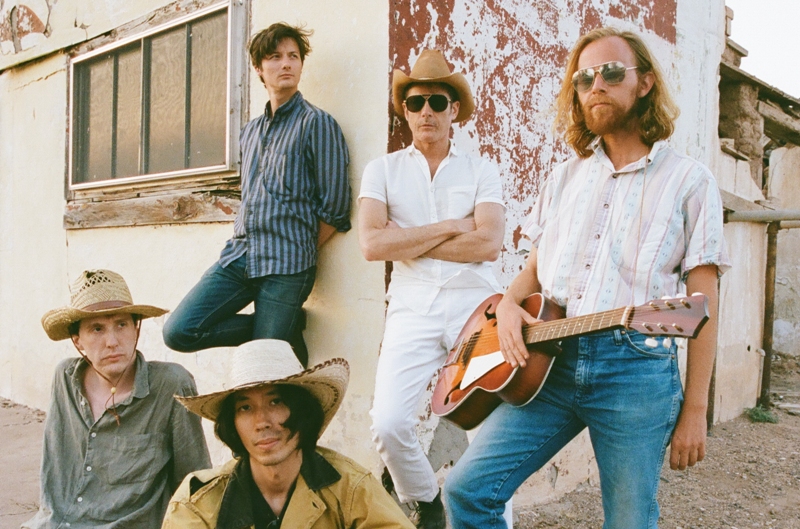 “There’s nothing I do in my life that’s not stream-of-conscious,” Bradford Cox, the frontman of Deerhunter, has said. That stream-of-conscious living applies most prominently to his dual gigs of songwriter and interview subject; in both roles, Cox exists untethered to convention and structure. An idea he enters the studio with may be discarded as quickly as a journalist’s question, both mere foundations upon which he can explore the concepts and questions he finds more interesting.

Naturally, this made Cox exhilarating to speak to. He gave his thoughts on everyone from the Slits to Maroon 5, as well as some prudent advice about creativity and artistic faithfulness. I began by asking him about Deerhunter’s eighth record, which was released on Jan. 28.

Brandon Kaufman: I was listening Why Hasn’t Everything Already Disappeared? and I couldn’t stop thinking about Maya Deren’s films.

Bradford Cox: Interesting. I’ve tried with her films — and I have so much respect for her as an artist and as a person—but they have just not done much for me. They’ve done a lot for people I know. Trish [Keenan] from Broadcast adored her films. Deren’s films are more feminine [than most experimental filmmakers] but there’s something that doesn’t register for me. I want very much to be in on it. My favourite Dadaists are usually from the female contingency. The same goes for punk — I don’t care much for male punks. My favourites are like the Slits or the Raincoats.

BK: Are you thinking about films when you’re making albums?

BC: Yeah, but the visual component becomes too overwhelming and distracting, so I have to stop in order to focus on technical things like where to put microphones. I’m definitely a little bit obsessive compulsive. But, yeah, I’ve got everything in my mind during that process. A lot of times I feel like I’m offering a phantom radiation or something.

BK: Do you worry about what’s lost in that translation when you do incorporate elements from, say, film or literature in your music?

BC: If you do it well I think it’s a great idea. If you do it poorly then shame on you. I remember when I was in high school there was a PJ Harvey album [Is This Desire?] that I really liked. I was also being turned on to Flannery O’Connor around that time, and then I realized that these songs were just adaptations of Flannery O’Connor’s short stories. Like she had a song called “The River” which was just an interpretation of a Flannery O’Connor short story of the same name. That’s a kind of Dadaist collagism where everything is fair game. For example, Stereolab is one of my favourite bands, and they will take a bassline from a Sun Ra song, or something, and recontextualize it. I see nothing wrong with that. I say do whatever you think feels right and just credit your sources. The problem comes up when you pass things off as original. [Stereolab’s Tim Gane], for example, will never sit there and say, “I wrote that.” Still, though, sometimes he’ll get sued for that. They got sued by ABBA for using a bit from “Dancing Queen,”  but that’s just quoting, quoting, quoting! … I’m not sure if this is interesting.

BC: Well be careful because of that. That’s how I make records and it’s not very successful.

BC: Maybe in some kind of imaginary economy, which is fine with me. I don’t want to be successful in a real economy in which I have to, like, compromise.

BK: Do you compromise?

BC: Nope. Well — for outside sources or inside sources? In other words, do I compromise within the band? ’Cause, I mean, all the time. Like if Moses [Archuleta, from Deerhunter] says “I don’t like what you’re doing” or “It doesn’t do anything for me,” I’ll say, “Well, oh.” So, in that sense, I compromise all the time. But from outside sources, like the record label, I’m not in a position to have to do that, because we’re not that expensive. If Maroon 5 or some shit were making a record, well that’s people who have millions of dollars on the line. So they kind of have to do what they’re told. But Deerhunter records cost what Maroon 5 would spend on catering, so we don’t have to — because who fucking cares?

BK: Do you ever feel artistically unfaithful to yourself?

BC: No, because I don’t think there’s a central artistic truth. How can you be unfaithful if there’s no dogma? I think that having a centralized artistic goal is a little bit of self-sabotage.

BC: Well, I feel liberated in my entire life.

BC: There’s nothing to envy, just take it.

BK: That’s hard with life commitments and stuff. How do you balance, you know, life, with being such an omnivorous consumer of culture?

BC: Well, for me they feed off each other. I bought a bunch of books about Japanese graphics because I was in Japan to promote the Deerhunter record. So I took advantage of that opportunity to get what I want out of it, which is to go to record stores and book stores and consume all these unusual things. I would not get there and be able to find that stuff on my own. I would never travel as a leisure activity. I have never travelled anywhere without working; I have, like, a Protestant work ethic. I don’t mind spending on records and books, but the idea of travelling somewhere without having a reason to go there work-wise is just insane to me. How can people afford to just go to Paris? When I go to Paris, I’m there to work. I couldn’t go to Japan to just go. So I balance it by just doing what I’m doing, because I’m given opportunities that I wouldn’t have otherwise to find objects and things to inspire me. Japan, specifically, is like mecca — any kind of record you want they have 10 different versions of.

BK: Those kinds of things are now available with streaming services, which you’ve taken issue with.

BK: You’ve spoken about streaming as being pernicious, though.

BC: If it is, I don’t see any value in me analyzing it. Streaming is what people want. [Alternatives] are just hypotheticals, economic “what-ifs”— what if music was free? Plus, nothing I want to listen to is on there, and the only way I can get it is buying a used copy in which case the artist isn’t profiting anyway. Is it more ethical to buy used records? I’d say it’s more ethical to use Spotify. At least someone is getting paid. Though I guess when you buy used records, only the record store profits. It brings up a quandary of questions. ■