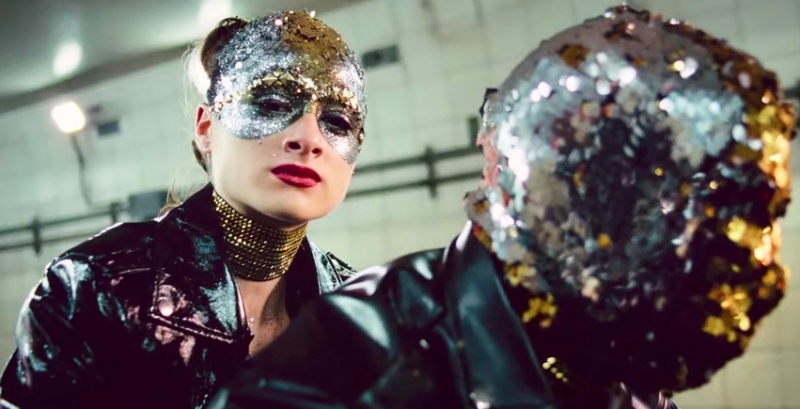 Poptism is a current of critical thought that suggests that pop music (and, in fact, most popular things) are unfairly maligned by the cultural conversation. The opposite of a poptimist, once upon a time, was the rockist music critic who considered that anything banged up by (usually) white men with electric guitars and a drum kit had higher artistic value than radio-friendly, studio-engineered vocal pop. I’ve always (well, probably not when I was 16, but don’t use anything you thought when you were 16 as a barometer for anything) found the poptimist attitude to be well-founded, if a little superfluous: pop music is by definition the most popular idiom at any time, and it will be fine without anyone needing to stand up for it. That’s what makes it pop music.

It’s also relatively minded from a chronological standpoint: ask anyone who was an adult when the Beatles hit and they’ll tell you that even this so-called beacon of artistic expression was considered disposable pop at some point. Rock music is more or less dead now, and the idioms of pop have muted and shifted so much that you can make obscure bedroom records that sound exactly like the overproduced #1 hits you can hear on the radio. Being a poptimist and being a rockist are both kind of meaningless positions to take in 2018 – which certainly won’t stop anyone, as we well know.

That having been said, Brady Corbet’s overthought satire Vox Lux makes a certain point for poptism being necessary after all. It’s a film that wants to look at the moral rot of America through the prism of pop music, an idiom it does not seem to like very much or care about at all. It’d be one thing if Corbet was completely disgusted by the depravity of the pop music world. Instead, he seems cautiously uninformed, turning his camera to glittery pop productions as if he were capturing the chanting rituals of an undiscovered tribe of the Amazon. Vox Lux is pop music as ethnographic curiosity, forever trying to find meaning in something it willingly keeps at arm’s length.

Split into two distinct halves with portentous chapter separations, Vox Lux begins in 1999 in Staten Island. Celeste (Raffey Cassidy) and her older sister Ellie (Stacey Martin) are nondescript teenagers living a nondescript teenage life, with (unseen) parents that aren’t the best, necessarily, but not the worst either. Their lives are thoroughly uneventful until one of their classmates goes on a shooting spree in school; Celeste is hit but survives. After many months of agonizing therapy, Celeste and Ellie come up with a song expressing their feelings about the event – to their great surprise, it becomes a hit that galvanizes the nation’s pain and turns Celeste into a worldwide sensation. Paired with a no-nonsense producer (Jude Law), Celeste is thrust into the world of celebrity. Part 2 picks up 16 years later. Now a blasé 31 years old and mother of a teenage daughter, Celeste (Natalie Portman) prepares for a big homecoming show in her hometown only to be informed that terrorists have perpetrated an attack using some of her imagery.

There’s obviously something very European about Vox Lux, both in its aesthetic detachment and its “look-at-these-fucking-Americans” approach to storytelling. As a non-American myself, I can be prone to these same kinds of sweeping generalizations and accusations of moral rot, but there’s something robotic and removed in the way Corbet approaches the culture here, as if it were some kind of monomythical, unstoppable force of evil. I think (and I suspect that Corbet thinks, as well) that it’s more complicated than that, but the film starts on such an obvious dichotomy (Celeste uses pain to acquire fame; the terrorists use her fame to dole out similar pain) that it seems unlikely, even early on, that Vox Lux will have anything remotely subtle to say about anything.

Subtle it is not, especially when Natalie Portman enters the picture and delivers a performance that the kids would call a “big mood.” The blasé, world-weary version of Celeste somehow has a 10-times-thicker Staten Island accent and burn-it-down bug-fuck intensity that places the performance in the company of such great overactors as Nicolas Cage and Faye Dunaway. It would be hypocritical of me to fault Portman for doing exactly the thing that I praise Cage for doing, but suffice to say that whatever great outré work she’s doing here is not matched by the film, which is by-and-large glum and self-serious. Corbet does pull a few tricks from his hat (including a couple of rapid-fire party montages that hearken back to Roger Avary’s The Rules of Attraction) but his tone seems torn between chilly European auteurism of the von Trier variety and something more dynamic and… well, American.

The most telling part of Vox Lux, however, lies in the music. It’s mostly incidental to the proceedings: in the first part, it’s a means to an end, and in the second part, Corbet keeps the performance a mystery until the very end. (Spoiler alert ahead, sort of, in that I will explain the ending of the film – but it isn’t really a spoiler in the narrative sense, as this isn’t exactly the world Corbet is operating in. Suffice to say that she doesn’t see dead people or anything like that.) The film builds up to Celeste’s long-anticipated concert, which finally shows her to be an extravagant Gaga-like performer with an elaborate, glittery stage show in which she whips her fans into a frenzy. Corbet draws direct comparisons between the cult of Celeste (or Gaga) and the cults of the people we believe are doing us wrong. Pop music and religion, he seems to be saying, are more or less the same… except the pop music sucks here.

It’s not so much the original songs by Sia (who also has an executive producer credit) that suck, it’s the fact that Corbet shoots and stages it in such a lackadaisical manner that it deflates any point he may have had. Even Portman seems relatively checked out, exuding none of the charisma we’ve been told that she has for the duration of the movie. The final sequence lasts under 10 minutes, and yet it swiftly deflates all purpose. If that was Corbet’s point – to point to all that spectacle as being purely smoke and mirrors hiding a shambolic three-ring circus – then the least he could have done is made us believe in it. Corbet quite literally stands at the back of the room and observes cautiously without truly engaging when he’s spent an entire movie getting in his protagonist’s face.

There’s a lot to unpack in Vox Lux, and I feel like it’s more accurate to call it a whiff than a truly bad movie. Corbet’s influences are made abundantly clear (von Trier and other Dogme 95 directors, Haneke etc) but he gets at his point so bluntly and so sweatily that it never amounts to much. When Lars von Trier makes you look subtle, you have to question your motivations a little. ■