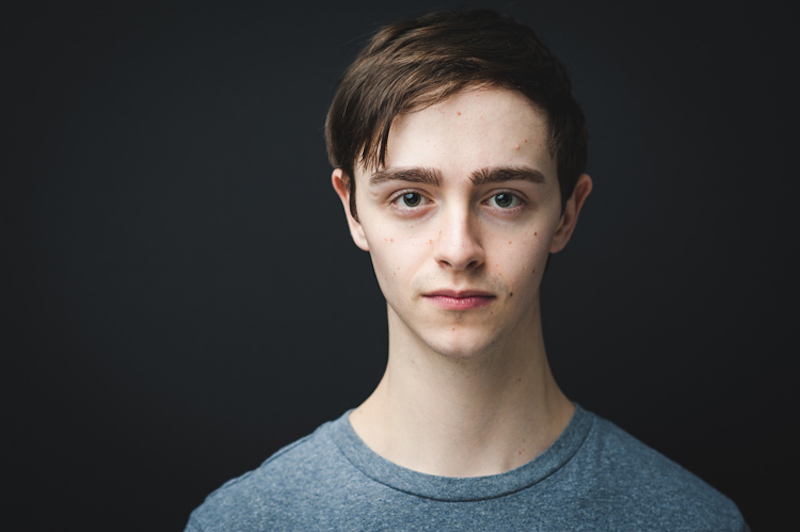 You likely had a forgotten locker room at your high school, dark and dank. A perfect spot for teens to behave badly, away from adult eyes.

In Gratitude, playwright Oren Safdie’s newly-premiered work, this sparse spot plays host to a fleeting transaction by two private-school teens: 15-year-old Dariya has scribbled down test answers for the hot but dumb Drew in exchange for cash.

Sure, Gratitude does veer into sensational, Degrassi-worthy territory, but Safdie drew inspiration from a harrowing experience he had growing up in Montreal. The morning he was due to begin Grade 11 at tony St. George’s School, Safdie picked up the phone and was told he would get two bullets to his head if he showed up to class. (The caller was a jealous boyfriend of a classmate.)

Luckily, the threat was teenage hubris. Safdie has gone on to write well-received plays like Unseamly (based on the creepy rise of American Apparel) and Mr. Goldberg Goes to Tel Aviv, both of which have run in Montreal. His work has also been seen Off-Broadway and in London. Safdie now teaches playwriting south of the border and is based in Los Angeles, but considers Montreal his hometown.

No stranger to politics and seedy characters, Safdie has concocted a soapy drama that fits in well with our growing awareness of the evil teens can inflict on each other: sexual assault at house parties, recording episodes of hazing, online harassment, distributing explicit images to intimidate and shame their peers.

And yet, perhaps in a effort to make the story timeless, our characters appear isolated from today’s pressures of social media, and seemingly operate with little, ineffective adult supervision at school or at home — flashback to Edgemont, the early 2000s CBC teen drama where adults were referenced but never seen on screen — although teens on tight leashes can still do bad things.

My incredulity was stretched by the speed of the plot, as if it was a Law & Order episode hitting benchmarks to the top of the hour. I was hoping for a bit more breathing room for the characters to come to terms with their decisions and motivations. For Dariya especially, I would have liked to have peeked a bit more into the brain of a seemingly shy girl from a traditional family who commits brazen acts of revenge and love.

Safdie and his co-director, MainLine executive and artistic director Amy Blackmore, have done well picking and directing their fine performers, who inhabit their jittery teen selves with aplomb, complete with winky, awkward sex scenes in our tense locker room. The set is grim and spare but appropriate, and while the musical transitions were fitting, it would have been gravy to add in a few more audio notes, like school bells or hallway chatter.

An adult audience member may find relief in knowing they’ve left high school behind, but be haunted by knowing there’s still a lot of uncertainty to tread for those living through it, or about to. I’m curious to know how young adults would react.

For a new work that feels like it needs to some post-graduate polish, Gratitude explores the tense and dark possibilities of what can happen when young people seek out sex and love in the dark. ■

Gratitude continues until Dec. 2 at MainLine Theatre. For tickets, call 514 849-FEST (3378) or visit mainlinetheatre.ca. The show is recommended for ages 16 and up.