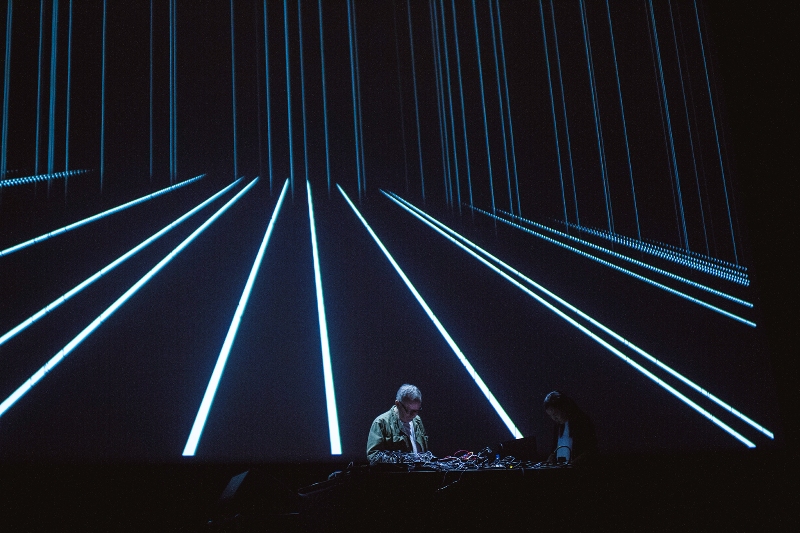 Autumnal festivals are about celebrating the harvest, of rewarding the year’s toil, reaping what we’ve sown and giving thanks for what’s been provided. This year’s Unsound festival in Krakow, Poland is a veritable cornucopia of sound, images and ideas culled internationally from beyond the further reaches of experimental art and music. Since 2003, Unsound has gained renown for its unimpeachably cool programming, airtight organization and access to some of the most unconventional and remarkable venues, including an ornate synagogue in the Jewish District, a decommissioned salt mine and a sprawling Soviet-era hotel called the Forum.

“Presence” is the theme of the festival’s 2018 iteration. Guests are given metallic stickers to screen the lenses of mobile phones and laptop cameras. The program’s introduction asks, “What does it mean to be present in a world of media saturation?” encouraging attendees to “focus, gain distance and slow down.” I decide to take the notion of presence seriously, and this tentative surrender does not disappoint. Even the weather seems to want to grace Krakow, bathing the picturesque Polish city in hazy Kodachrome chiaroscuro for eight straight days. It’s a pleasure to be here.

But I find it difficult to enjoy a jubilee’s offerings while waiting to fulfill my own duties. Thankfully, these are dispatched in early goings: I co-moderate on Tuesday with fellow Repeater Books author Paul Rekret a reading group focused on selected excerpts from the late cultural theorist Mark Fisher’s forthcoming compendium, entitled K-Punk. About a dozen participants convene to debate enthusiastically about Fisher’s work, and to imagine what forms a post-capitalist society might take. The group assumes a conspiratorial air of camaraderie, which continues into the Hevre bar downstairs and spills out onto the surrounding patio.

Wednesday afternoon, Rekret, the political geographer and sound artist Anja Kanngieser and Rory Gibb, a doctoral candidate at the Centre for Biodiversity and Environment Research at University College London, deliver a fascinating lecture on the aesthetics of field recordings, their discussion ranging from the soundscapes of high Romanticism to post-apocalyptic environmental catastrophe. Following this, I give a lecture on my book, Mad Skills, the Musical Instrument Digital Interface and conceptions of musical labour and leisure. These afternoon presentations, which are held in the baroque Pałac Krzysztofory, are well attended, and audiences are smart and warmly participatory. 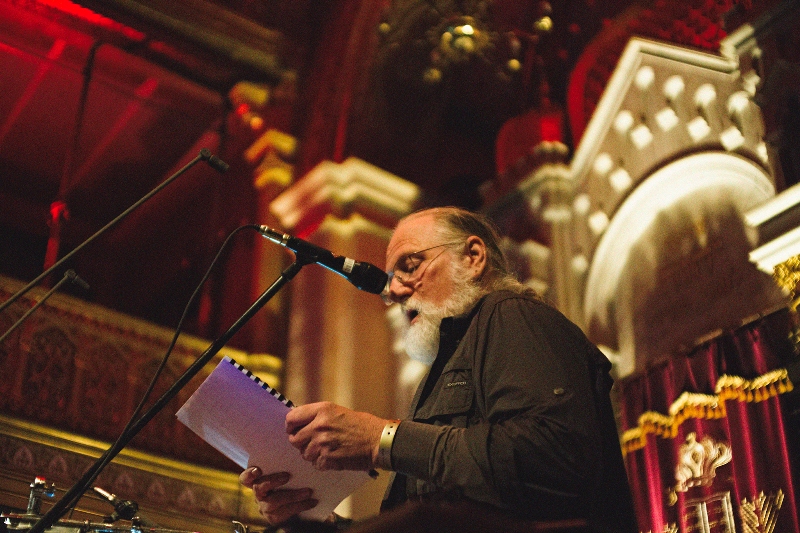 In the evening, we venture out to the synagogue, where Todd Barton and the Kesh Ensemble perform Barton and Ursula K. Le Guin’s Music and Poetry of the Kesh. The temple is hushed in reverent attention as we sneak in like belated schoolchildren and wedge ourselves near the back entrance. The stage commands a liturgical ambiance, and the space’s coffered ceilings are illuminated with dramatic red spotlights. Barton and company’s songs and poetic interludes, although recited in a made-up language, and played with improvised instruments, provide a nonetheless actual religious experience: one specific passage about hope and the human need for community, another meditation upon the festival’s theme, rings especially true.

On Thursday, I attend a screening of a short experimental film called The Hum. Director Kristen Gallerneaux — who moonlights as curator of communication and information technology at the Henry Ford Museum in Detroit, and is also the author of High Static, Dead Lines, a book investigating the intersection of sound, technology, memoire and esotericism — takes viewers on a glitchy journey through the instances and aftereffects of a strange acoustic reverberation that has been documented around the globe, most notably in Windsor, Ontario, where the hum is perhaps best known. Following the screening, The Quietus co-founder Luke Turner leads a Q&A with Gallerneaux, coining the term “hum nutters”: people who endlessly commiserate online about the potentially nefarious origins of this mysterious infrasonic phenomenon. At the risk of revealing the hum nutter in me, I admit to Turner and Gallerneaux that my home in Montreal also possesses an unidentifiable hum, and we amble down into Krakow’s main square to talk further about the Henry Ford collection, and the limits of technology to record and represent what are otherwise inexplicable occurrences.

The weekend is rich with a trio of highlights staged at the state-of-the-art ICE convention centre, a stone’s throw across the winding Vistula River: there’s Kode9’s Audint installation, which recounts through manipulated news footage and speculative fiction the supposed sonic attacks against American diplomats in Havana in 2016; Drew McDowall and video artist Florence To present Coil’s Time Machines in its entirety, an experience so physically unsettling that I have to avert my eyes at a number of moments from the screen; and Jlin’s live score of Autobiography for Company Wayne McGregor, a modern dance cycle choreographed to Jlin’s signature footwork flows. The latter, no doubt the most impressive performance of the festival, receives a well-deserved standing ovation from an appreciative audience.

On Sunday, there is a tribute to the music of Jóhann Jóhannsson, featuring Hildure Gudnadóttir, Robert Aiki Aubrey Lowe, Erik K. Skodvin, Sam Slater and Sinfonietta Cracovia. The evening’s fittingly solemn proceedings unfold in the astonishingly elegant Juliusz Słowacki Theatre, an eclectic opera house constructed on Holy Ghost Square in 1893, and dedicated in 1909 to the Polish Romantic poet Słowacki. Minutes before we are ushered in, a murder of cawing crows numbering in the thousands flies about 100 feet above the assembled audience waiting outside. It’s an unforgettable moment, and an appropriate end to an enchanted festival.

The following day, I visit the Botanic Garden of the Jagiellonian University. It’s a glorious autumn afternoon and the grounds are nearly deserted. I marvel at the diversity of flora that despite the late season is still bursting with vitality. One flower looks like a giant red heart with a phallic proboscis protruding from its centre; one tree appears to have eyes embellishing its enormous trunk; a butterfly languidly flashes its wings while perched on a massive marigold. The festival is as meticulously cultivated as this garden; each event is different and beautiful in its own way, and it all somehow fits together as if it were the most natural thing.

“Hello darkness my old friend,” the infamous Simon and Garfunkel lyric, adorns Unsound-branded tote bags and t-shirts, but being a genuine pilgrimage for the faithful of bleeding edge music and culture, another Simon refrain might have been more apt: “I’ve a reason to believe we all will be received in Graceland.” ■