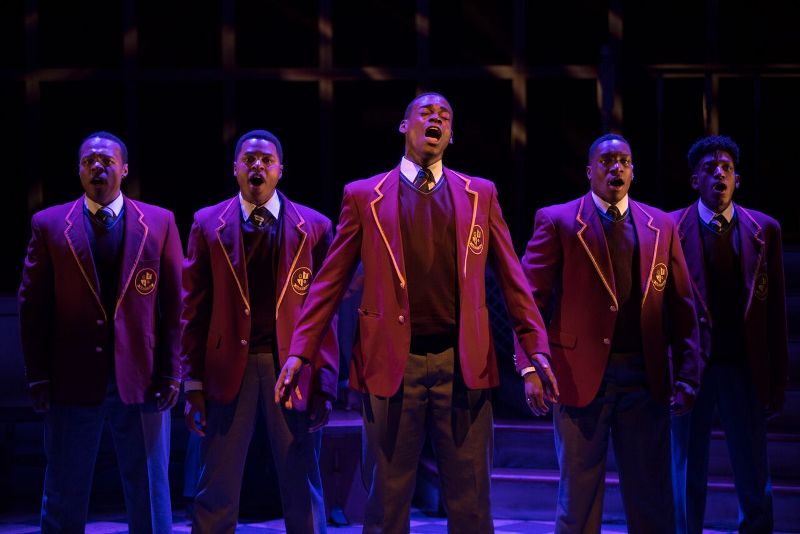 Imagine a theatre hall where the colour of the walls is “shitty” and still smelling of paint, a place that was only “okayed” by the fire department 20 minutes before curtain call, where a team of plumbers just fixed the sprinkler system. This was the reality for the Centaur Theatre Company back in October of 1969, when The McGill Daily’s Randy Roddick wrote a review on the Centaur’s debut production, The Prime of Miss Jean Brodie. Despite all the theatre’s struggles, however, he went on to say that the cast pulled through and put on a successful performance. Roddick ended his article with this: “In the future, who knows, maybe this company will become more relevant and more exciting.”

This year, the Centaur is celebrating their 50th anniversary. The company has been putting on between six and 10 shows per season, sometimes to both local and international acclaim. Despite there having already been a solid foundation of English-language theatres in Montreal back in the 1960s — including the now-defunct Mountain Playhouse and the Montreal Repertory Company, as well as the former Saidye Bronfman Centre theatre, known today as the Segal Centre for Performing Arts — the Centaur Theatre Company made it clear there was a new actor in town when it raised the curtain for the first time.

Founded by Maurice Podbrey, his wife Elsa Bolam and Herbert C. Auerbach, the Centaur rented out the Old Stock Exchange building in Montreal’s Old Port at 453 St-François-Xavier for the first few years of their existence. The company bought the building in 1974 and spent $1.3-million on renovations that year, followed by another $2.1-million facelift between 1996 and 1999. Fifty years ago, the Centaur Theatre had an annual budget of $120,000 and staged their productions in a 220-seat auditorium. These days, thanks to the extensive renovations, the Old Stock Exchange building has two theatres, with 250 and 440 seats.

The Centaur has come a long way since its inauguration, having been a major player in showcasing local talent, such as playwright Vittorio Rossi. It was also at the forefront of introducing Montreal plays to other parts of the world, including David Fennario’s Balconville. It broke records at Place des Arts and allowed the Centaur to become the first Canadian theatre company to have been invited to play at the Old Vic in London. At the same time, the company has a strong record of bringing international plays to Montreal, such as this season’s opening play, Choir Boy.

Written by Tarell Alvin McCraney (who won the 2017 Oscar for his screen adaptation of Moonlight), Choir Boy premiered in 2012 at the Royal Court in London and is set to debut on Broadway in December 2018. The Centaur production, directed by Mike Payette, stars Steven Charles as a talented singer named Pharus, who’s trying to prove to the Drew Prep School for Boys that he should be the rightful leader of their choir. The coming-of-age story showcases young black men focused on their dreams, dealing with everything that life throws at them.

The play began with a strong musical choice: Kanye West’s “Power.” The five choir boys stood on an elevated part of the stage, in the form of stairs. The careful banter and witty jokes got the crowd laughing within the first few minutes, while the authenticity of the dialogue and interaction between the actors and the audience had everyone riveted. The a capella numbers were simple, yet delivered so passionately, some with the added feature of stomp-dancing; each actor was given the opportunity to showcase their vocal talents.

According to the cast, each of the actors said they were so excited and proud to be a part of Choir Boy. Vlad Alexis, who plays Junior, told me that Choir Boy is a first for the Canadian stage. “We’ve never seen a play with five young black men dealing with their insecurities and the different themes. It’s exhilarating and a breath of fresh air to finally see something that represents today’s reality on stage.” Charles added onto this, saying, “It’s for the people in Montreal. Being such a diverse community, being able to speak to a certain audience that is so unique is thrilling, it’s fulfilling and it’s an honour.”

Patrick Abellard, who plays Bobby, said he tried to explain to his friends what the show is about, but it’s really something you have to experience first-hand. Lyndz Dantiste, who plays AJ, spoke about his friends who were at a dress rehearsal run of Choir Boy: “I had a couple of friends that came in to see the show and, as soon as they stepped in, there was Kanye West playing, and [they said] ‘This represents me.’”

“It’s more than just a play, it’s showing everybody that this type of thing is possible,” said Dantiste. “We’re not given the [leading] roles, it’s rare that we’re going to play Romeo in Romeo and Juliet, but here we have the possibility to play, not only our lives, but the reality. It represents us, everything that we wanted to do. I think it’s a statement: we’re here and it’s possible.”

“People need to hear that side of the story — our side of the story — written by a queer black man,” added Alexis. “It’s about time, and it’s an honour to be opening the 50th season of the Centaur with a show like this. It speaks a lot about where people want to bring theatre, to a different platform of inclusion and diversity.”

“What’s so great about this particular piece of theatre is how real the stories are, how universal the themes are,” added Christopher Parker, who plays David. “It can be understood and felt from people of a variety of backgrounds and cultures, too. It’s unreal that we finally get to put our voices on display, because they usually aren’t.”

Abellard went on to say that he believes this play gives a voice to anyone who is marginalized or singled-out in society, especially in high school situations. “I feel like all these voices get to be put out on this stage as well. I think it’s very cool.” As if the cast wasn’t convincing enough, Alexis ends off on a powerful note: “We’re doing it for the culture. This is our Black Panther moment; Wakanda really is forever.”

Choir Boy is raw, emotional and truthful; it’s a story of acceptance, friendship and loyalty through trials and tribulations. It is a whole-heartedly inspiring story of young black excellence. ■

Note: A similar version of this article was published in The Concordian last week without our knowledge. Cult MTL regrets the error.