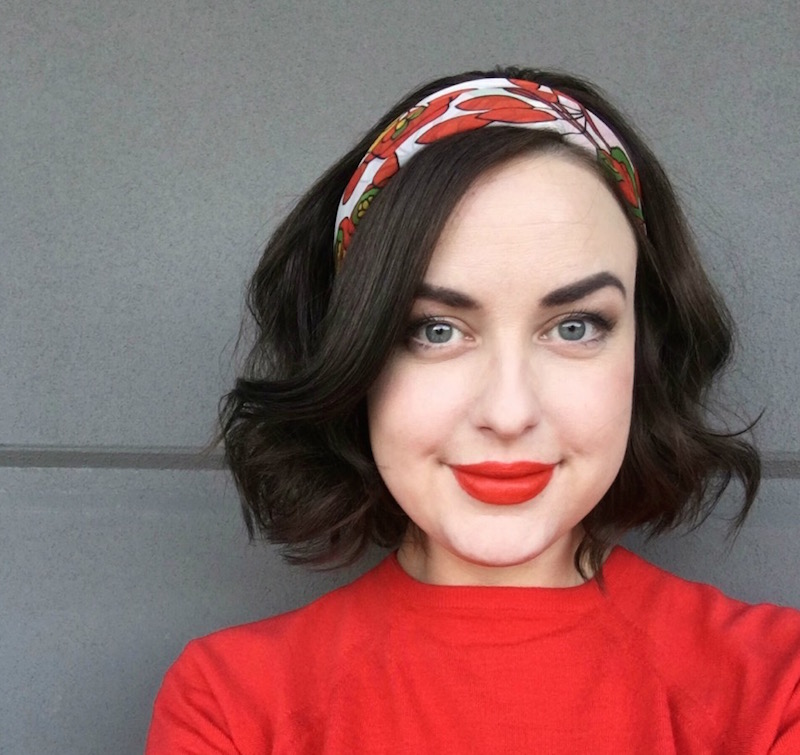 It’s rare that you get a sense of who someone really is over the course of a phone interview, but Anne T. Donahue talks like she writes. Or, maybe she writes like she talks. Either way it is refreshing and delightful.

Donahue, born and raised in Cambridge, Ontario, is the author of Nobody Cares, a funny, tender and curious debut essay collection released in September. In it, she writes about everything and nothing while documenting and discussing a life spent growing up alongside the internet.

It is a uniformly solid debut, and one which speaks plainly to her success: Donahue is at once funny, honest and relatable; she writes about her struggles with a kind of grace that’s hard to explain. Actress Cobie Smulders may describe it best when in her back-cover blurb she writes that the book “makes you want to go back in time to visit your younger self — not to impart words of wisdom, but to admire that awkward, stumbling, beautiful person you were.”

Last Friday (Oct. 5), while the Kavanaugh vote was about to reach its terrible and predictable endpoint, Donahue and I talked about everything and nothing and how Nobody Cares is, to a degree, a paean to her thirteen-year-old self.

This interview has been edited and condensed for clarity. The use of ALL CAPS is an homage to the author’s predilection for the same.

Anne T. Donahue: I’m watching You Gotta Eat Here! on the Food Network because for some reason on days like this — there’s the Kavanaugh vote and it’s all very stressful — I just want to watch the most comforting television with no plot and nothing that’s stressful. I just want to watch people eat steak and lamb and be like, “Good for these businesses, living their dreams!” It’s great.

Dave Jaffer: My girlfriend and I, our version of that is Diners, Drive-ins and Dives because Guy Fieri is an American treasure.

ATD:  I LOVE GUY FIERI. Did you know he officiated a shit-ton of gay weddings?

ATD: All I ask is that you include the fact that I stan for Guy Fieri. Anne stans Guy.

[NB: there was a whole conversation about food and cooking shows that I have redacted here because honestly, we could have only talked about that and only that for an hour.]

DJ: Before you were the internet’s so-called best friend, who were you? In the book there’s a bit about how you always wanted to be an author and always wanted to have a book deal, and you mention that Cheryl Strayed thing — about how wanting to have a book deal is different from wanting to write a book. So, yeah, who were you before you became the person culturally known as Anne T. Donahue?

ATD: I think I was always this person, but I had a lot more to learn and I had a lot more growing up to do. I think this person is like when you’re playing Super Mario Bros., when you get to the good levels but [beforehand] you have to get through the underwater one and the desert one, and you keep hitting all the shells and you’re like, “I’M NEVER GOING TO GET TO THAT BOSS!” and then finally you do. I was somebody, like most people, just struggling to find an outlet that made me feel useful or like I was doing something that made me feel happy and fulfilled.

I floundered a lot looking for whatever that was. I did retail. I COMMITTED to retail. I worked my way up to Key Holder at American Eagle and at Rona I was a cash supervisor. I worked at a bank for a while. I tried so hard to find a place for me to fit because it was scary to think that if I tried this [writing] and failed it was like, “What do you do? How do you reconcile that? If that’s your dream and then you fail at it, WHAT DO YOU DO?” Through those trials and tribulations, I think I got more more comfortable with the idea that, “well, I’m not happy, so I might as well try doing this and if it doesn’t work out, I will figure out a way to be happy.”

DJ: When I was growing up and wanted to be a writer there was very much an idea of, “oh, you’re a brown guy from Scarborough, Ontario, you’re never going to be taken seriously.” Do you feel like you experience any of that because you’re from Cambridge rather than Toronto or New York or London and because you “committed” to retail and worked at McDonald’s?

DJ: Same. When I’m not working I don’t feel good.

DJ: So do you feel like there’s something about not being from a place that says “you can be a writer?”

ATD: I was really lucky that from the get-go, my mom and dad — I’m an only child — their lesson to me, even as a kid and as a teen was never “one day you’ll get married, and one day you’ll do this” and was always “find a job that makes you happy, find a career that makes you happy, be able to support yourself, be independent.” Those were the lessons I grew up around. My nana, she was the same. She would always instil, “get a career, you’ve got to be an independent woman.” My whole lesson growing up was you can strive for whatever you want, but you need to be able to make your living at it. You need to be able to sustain yourself.

DJ: Your star has risen over the years based strongly on your talent and your ability but also your internet presence, whether it’s your Twitter account, your newsletter or whatever else. I’m not going to say that the internet made you because you made you but—

ATD: I mean, that would also kind of be accurate, though. I think we made each other.

DJ: Twitter and other internet avenues were obviously very helpful in establishing you as someone to pay attention to. To what extent do you feel being of your time was incredibly helpful to your career as a writer?

ATD: I definitely think that I was born at the right time. I mean, I’m sure I would have found a way because life finds a way — as Jeff Goldblum says in Jurassic Park. But [the internet] made it a tangible thing. I’ve always loved pop culture. I’ve always been OBSESSED with movies and TV and talking about it all the time, and [the internet] was that channel; all of a sudden I got to look at it, I got to learn things about the things I like. That was the catalyst for falling in love with pop culture the way that I did. If that hadn’t happened, I don’t know how else I would have done it.

DJ: You say you’re obsessed with pop culture, and that comes through. To a degree, we are the reference generation: “that equals this plus this.” Maybe Northrop Frye-type critics will have a problem with that and maybe they have a point, but regardless, how did you discover or develop your voice?

ATD: I have this theory that we’re just always our thirteen-year-old selves. I know that might sound strange, especially with the nostalgia boom we’re having right now where everyone’s like, “I DID have okay taste when I was 13! I WAS RIGHT to love Clueless as much as I loved it.” It’s the age right before you realize you have to be super cool and you love things unabashedly and you just want to have fun all the time and you just love what you love. That was when I remember learning to be funny; that was when I learned to make people laugh in class and was like, “oh this is cool, I love this” and realizing that I loved attention if I could control it as opposed to acting out and hoping you get attention — which then I started doing in high school, but high school was a mess.

I feel like I found my true self when I was coming out of childhood and going into the teen years and being like, “here’s what I like, and I can make people laugh, and pop culture is REALLY FULFILLING and fun and I love talking about it, and I like going to the mall a lot, and I like talking about clothes, and I LOVE THINGS UNABASHEDLY, and I have OPINIONS and I’m going to SHARE THOSE OPINIONS.” And then the self-consciousness of teenhood moves in and that clouds over your skyline for a little while.

ATD: There are some universal things to it in that I believe that EVERYBODY STRUGGLES to find who they are, but also it could be argued that’s a privilege to itself, because many people don’t have the time to figure out who they are. I think it is a testament to the messiness of me being alive. It is my story. I’ve tried not to frame it in a way that’s like, “we all feel these things!” because again, I’m only writing about my own, and this is only my perspective and I know that I’m also coming from a place of extreme privilege as a white, hetero, cis, blue-collar woman who was afforded choice. So it would be unfair for me to say that it is a UNIVERSAL ANYTHING but in it I do hope that it can create a spirit of comfort in that everybody does fuck up and usually, you can come back from that. ■

The Montreal launch for Anne T. Donahue’s Nobody Cares is tonight, Oct. 12 at Librarie Drawn & Quarterly (176 Bernard W.) from 7:00–9:00 p.m. Entrance is free but the laws of physics dictate that the room will only fit so many people, so you should probably try to get there early.