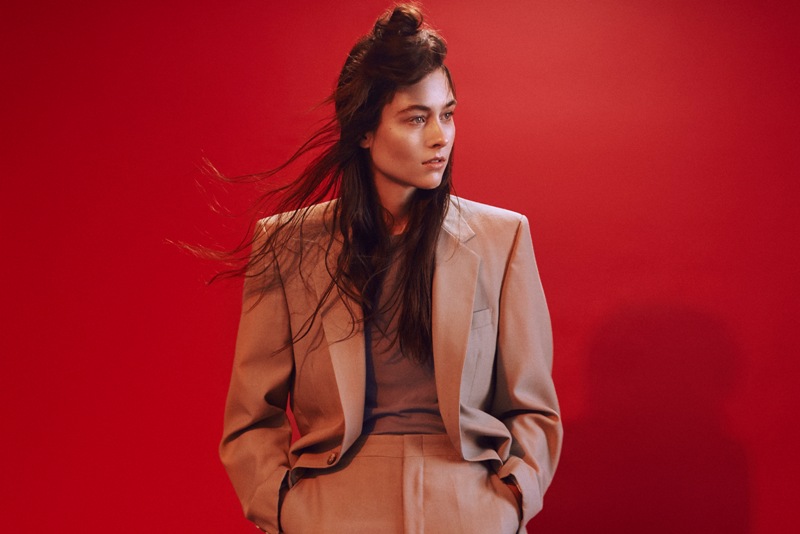 It’s a hot summer Friday in Montreal, and Ryan Playground is walking around Parc Jean- Drapeau. The area bears much meaning in both her personal and professional life.

“It’s really about the old Piknic spot,” she says, referring to the bygone party spot so close to her heart. The next chapter of her career is imminent: On Sept. 28, Playground will at long last release her second studio album, 16/17.

“A lot of this album is about someone, someone I met at Piknic. This moment was really the beginning of a lot of things for me.”

If you’ve indulged in Montreal’s nightlife scene over the past half-decade, chances are you’ve experienced more than a few evenings soundtracked by Playground. Versatility has always been an asset in her success, making her a club favourite. The young talent has played the majority of local festivals under the sun, along with opening act sets for the likes of Travis Scott and Halsey. With 16/17, she is ready to level up once again.

“I’m taking another direction for what I’m doing. I don’t think you could ever hit a ceiling if you just stay proactive, if you present different things every time you play.”

Indeed, her latest body of work is a distinct departure from her 2016 debut, elle. Playground is stepping into the spotlight now more than ever, with her vocals playing a far more significant role.

Interestingly enough, the project has been complete since last March. Playground attributes its delay to a number of anxieties related to its content matter.

“There were moments where I was not sure I wanted to even release it”, she explains. “It’s telling a story that is very personal to me. It includes a person, and now this person is not in my life anymore. I needed to close this chapter and I felt like the album was not helping me do that. Now, I’ve listened to it a good few times and I’m really happy with it. I feel like this wait is worth it in the end.”

Playground chooses to keep things grounded with 16/17. Collaborations are few, all of them consisting of family and friends. The highlight of these joint efforts? A track with her mother and father, who met decades ago as members of the Orchestre Métropolitain.

“I know that they really wanted to do something with me, they wanted me to play with the orchestra. This is really the first time I did something official with them.”

There is a rich range of inspiration from formative figures, from her parents’ careers instilling a strong work ethic to taking cues from many of her childhood rock heroes. The album’s lead single, “Prolongation,” has moments reminiscent of Blink-182’s self-titled 2003 album, a conscious decision on Playground’s part.

“My DJ sets have adapted a lot to my album in the past year. My album was a way to exteriorize what I was most influenced by when I was younger, all this outlandish pop-punk vibe.”

She ends her PDJ walk at the Biosphere. Much like the structure, Ryan Playground is a Montreal staple in her own right. Looking towards the future, her goals centre around getting deeper in tune with her own artistry. The next stage she’d like to grace? Right in this very area for Osheaga.

“I actually love playing live. I think I’m at this point where I DJed so much that I need something else. I feel proud of myself when I do a live show. It’s more personal.” ■