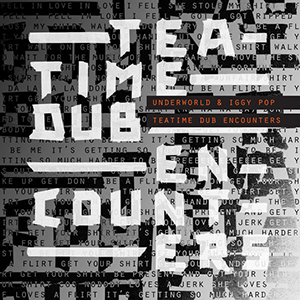 I can’t imagine dancing to any of these four tracks the way I used to dance to Underworld’s song from the Trainspotting soundtrack, but listening to Iggy’s spoken word freestyle over the British techno duo’s warehouse-sized beats and synths makes for a pretty entertaining, active headphone listen. Pop indulges in weird nostalgia (for smoking and hitting on stewardesses on planes, among other things) and the malaise that comes with maladjustment to adult things. The more uptempo first half of the EP is much stronger than the second — closer “Get Your Shirt” feels way too long — and Pop’s lyrics feel a little mad-lib-ey at times, but this is still worth a listen for fans of either (or especially both) artists. 6/10 Trial Track: “Bells & Circles”