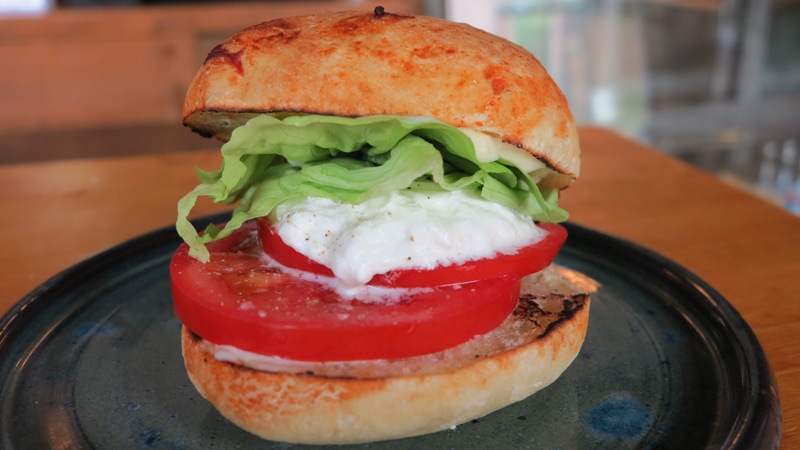 Farine is a little café in Mile End. It’s very little. It’s amazing what they do there, given the littleness. When I first walked into Farine, they were playing “(I Can’t Get No) Satisfaction” on the stereo — cool — and my eyes bounced from the turntable to the soft, small mounds of fresh pasta for sale in the refrigerator, to the café’s stack of vinyls, to the caprese sandwich a customer was losing himself in.

Farine is a beautiful Frankenstein of two very different ideas. It’s a totally serviceable café that, I think, deserves every bit to be side-by-side on St-Viateur with espresso giants like Olimpico and Club Social with the quality of its own coffee, and the viennoiseries, brought in from les Touriers, are like little love notes from a baby angel. It’s also an unbelievably inspired Italian luncheonette, which is just so hard to pull off, and so rare by my count. 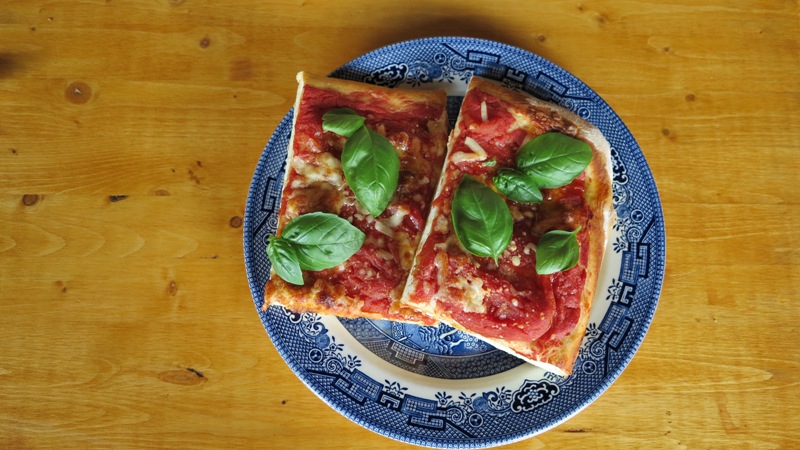 I had the good fortune to speak to Juan Lopez Luna, the chef behind Farine. In the 20 or so minutes we spent talking, uninterrupted save for the times he stood up to wave at and/or high-five various kitchen staff and delivery personnel, he mentioned the dishes maybe once, and probably just in response to my totally out-of-control gushing. Why Italian food? Because he went to Italy and liked it. What’s the must-have thing? The carbonara, he guesses, but only because there’s multiple customers who had come in, seen it removed from the always changing menu, and walked out without ordering anything. The point is, Juan’s focus is elsewhere.

His philosophy, if I can take a stab at it, is that the quality — or maybe even spirit — of the ingredients he uses is the deciding factor in whether or not a dish sings. The recipes at Farine aren’t bold or inventive, boundary-breaking, or even mildly surprising. If you threw a handful of darts at a rotating wheel of Italian dishes, there’s a distinct chance you could recreate Farine’s menu. But they are worth it.

2)  2 slices of a Roman-style margherita pizza

4)  Cacio e Pepe, which is like mac ‘n cheese for smart, grownup adults, probably who have business cards

A couple of thoughts, in no particular order: The tomatoes at this place deserve an honorary degree. Alongside two pasta dishes, two sandwiches and two slices of pizza, we were given more bread. The noodles Juan makes are slender and kinky, and carry sauce wonderfully. They play around in your mouth like the ones you find in ramen, and coalesce. I used to think an Italian restaurant could and should be measured by their delivery on an essential red sauce dish, but now I think that’s dumb, and that rules like that are for squares.

The Caprese sandwich was a revelation. This sandwich does everything right. The bread is immaculately soft and plump, and totally gives when you bite into it. Importantly, there’s no balsamic vinegar, which overpowers and ruins everything it touches; a negating King Midas. There’s Bibb lettuce, which, like, I’m never going to complain about Bibb lettuce. But the real stars of the show are, first, the succulent and unfairly fresh burrata, and second, its voluptuous tomatoes. Burrata often falls flat: too dry, too old, sometimes actually just mozzarella, but their burrata here was like a poached egg. Tomatoes, likewise, can be disappointingly bland. It takes someone with an incredibly fine-tuned palate to pick an amazing tomato out of a line-up, in a world where one does such a thing, and Juan has such a palate, and the tomatoes at Farine are just superb. 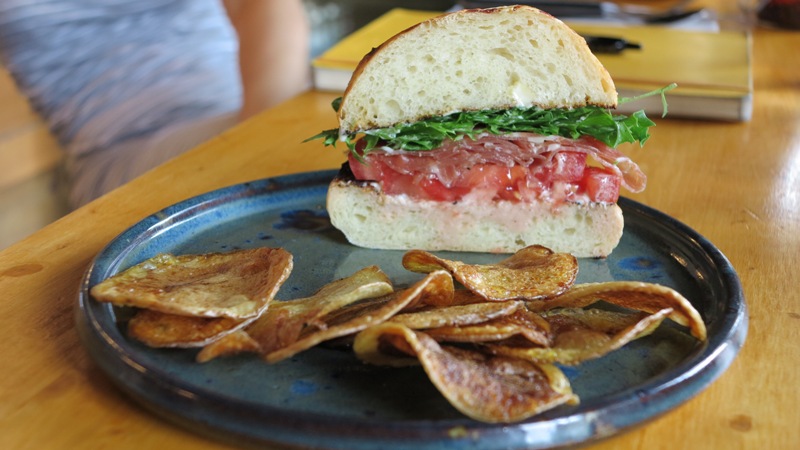 I don’t know what the optics on loving a sandwich (or a lunch counter) this much are, but I’m laying it all bare here for your benefit. Farine’s delicious, it’s not exorbitantly priced, and it’s got simplicity of purpose.

I wouldn’t describe Farine as a hidden gem, as much as my ego wants me to be the critic writing up a hidden gem. They’ve been profiled in Tastet, name-dropped in The Gazette, to name a couple, but it still feels underappreciated. Mostly, I just can’t believe I didn’t hear about their sandwiches for over three years. Shameful. Definitely go, definitely try two things, and definitely be compassionate with yourself for ordering two lunches. ■